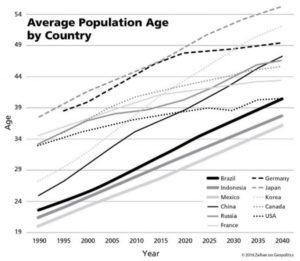 The Cleanest Dirty Shirt
It’s easy to overestimate the problems the United States faces while underestimating its strengths. The challenges are certainly significant. Politics have seldom been so divisive. The government is running an annual deficit of over a trillion dollars, with a total debt many times that. Inflation has spiked. The Fed has been hiking interest rates at a pace that could imperil the economy. There is enormous wealth disparity. Economic growth has been historically weak since the Great Recession in 2008.
Demographically, the country is getting older as the baby boomers retire. Partly as a result, the fiscal math of social security, Medicare, and many government pensions has some significant problems. Overdose deaths from opioids like fentanyl