Calm before the Storm?

by
Marc Chandler
My articles My siteAbout meMy booksMy videos
Follow on:TwitterLinkedIN
Seeking Alpha
Summary:
Overview: The biggest rally in the S&P 500 in three weeks helped lift global equities today. The MSCI Asia Pacific index rose for the third consecutive session, the longest streak this month. Europe’s Stoxx 600 is up for a fourth day and is at its best level since mid-June. US futures are firmer. The rally in equities has not spurred a rise in rates. The US 10-year yield is back below 3%, and European benchmark yields are mostly 5-8 bp lower, though signs that a political crisis in Italy may be avoided has seen Italy's 10-year yield tumble by around 12 bp. The Antipodeans lead the major currencies’ advance against the dollar. The Swiss franc and Norwegian krona are the exceptions and posting minor losses. Among the emerging market complex, central European 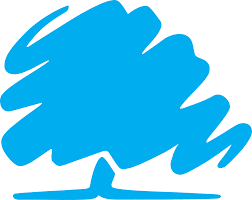 Overview: The biggest rally in the S&P 500 in three weeks helped lift global equities today. The MSCI Asia Pacific index rose for the third consecutive session, the longest streak this month. Europe’s Stoxx 600 is up for a fourth day and is at its best level since mid-June. US futures are firmer. The rally in equities has not spurred a rise in rates. The US 10-year yield is back below 3%, and European benchmark yields are mostly 5-8 bp lower, though signs that a political crisis in Italy may be avoided has seen Italy's 10-year yield tumble by around 12 bp. The Antipodeans lead the major currencies’ advance against the dollar. The Swiss franc and Norwegian krona are the exceptions and posting minor losses. Among the emerging market complex, central European currencies, but the Polish zloty are faring best. Gold remains pinned near its trough. Although it has held so far this week above $1700, the upside has been limited to almost $1724 on Monday. September WTI is consolidating after rising to almost $101 yesterday. Recall last week’s lows was near $88.25. The 20-day moving average is near $100.45 and it has not closed above it since mid-June. US natgas is little changed after yesterday’s 2.9% decline slashed Monday’s 6.6% rise. Russia says it will re-open the Nord Stream 1 pipeline, but it is expected to operate at 40% capacity. Europe’s natgas benchmark is up 3.7% today, recouping yesterday’s loss in in full. Iron ore rose 2.6% and has been alternating between up and down sessions since late last week. September copper is recovering 2.2% after falling 1.6% yesterday. Copper is trying to snap a six-week drop. It is up about 4% this week. September rose 4.6% on Monday and consolidated yesterday. It is up almost 2.7% today.

Some claim that the decline in China's Treasury holdings is politically motivated. It could be. US Treasury holdings have fallen for six months through May, according to US data. Over this span, the holdings have fallen by $100 bln (to $980 bln). China's desire to diversify reserves is well known and it is clear that relations between Beijing and Washington are strained (and the Speaker of the House will visit Taiwan, which serves little real purpose but to antagonize). Yet before jumping to conclusions look at Japan's holdings of Treasuries. They have fallen for five of the six months through May by a cumulative $92 bln (to $1.21 trillion). Occam’s Razor suggests fiduciary issues, i.e., rising rates and high inflation are at the heart of the adjustment. Any real diversification sacrifices return and transparency, and as widespread imposition of sanctions on Russia demonstrate, without gaining much security.

Australia's Treasurer Chalmers announced the first wide-ranging review of the Reserve Bank of Australia since the 1990s. It appears that everything is subject to review, even the inflation-targeting framework. The RBA was slow out of the gate, like most central banks, delivering its first hike in May. In three moves, it has lifted the cash target rate from 0.10% to 1.35%. The RBA meets next on August 2. The cash rate futures market is pricing in a strong chance of 50 bp moves at each of the next four meeting (August-November). Governor Lowe estimates that the neutral rate is at least 2.50%. The year-end rate is expected to be near 3.50%.

Japanese officials had complained about the volatility and the market has calmed. For the fourth consecutive session, the dollar has been confined to last Thursday's range (~JPY137.25-JPY139.40). One-month implied volatility has fallen from 16% at the peak last month to near 11.2% today, the lowest in more than six weeks. The June trade figures, and outcome of the BOJ meeting will be announced first thing tomorrow. The Australian dollar is edging higher today after jumping 1.25% yesterday, the most in a month. The Aussie is testing the (38.2%) retracement objective of the decline from last month's high near $0.7285 that is found near $0.6915. The next retracement (50%) is around $0.6980. Initial support now is seen by $0.6880. The greenback has also been largely confined to last Thursday's range against the Chinese yuan (~CNY6.7235-CNY6.7685). In the bigger picture, after surging from mid-April through mid-May, the dollar has been moving broadly sideways against the yuan. As widely expected, the benchmark one-year and five-year loan prime rates were kept steady (3.70% and 4.45%, respectively). The PBOC fixed the dollar slightly firmer than expected (CNY6.7465 vs. CNY6.7460).

It is not a market-mover by any stretch of the imagination. Yet, May's current account deficit reveals a significant force, outside of monetary policy, which is shaping the investment climate. For the third consecutive month, the eurozone has recorded a current account deficit. Over this period, it has recorded an average shortfall of 3.8 bln euros. During the same three months last year, the eurozone's current account surplus averaged 28 bln. Next week, the eurozone reports Q2 GDP. The current account is expected to have swung from 1.8% of GDP in Q1 to a small deficit, the first since 2011. The deterioration of the trade balance, driven by the energy shock means that it needs to import foreign capital with a policy rate that is still negative. The ECB meets tomorrow, and after yesterday's press reports the market continues to price in about a 50% chance of a 50 bp move instead of 25 bp.

Italy's Prime Minister Draghi has already spoken to the Senate. He seeks a broad mandate because he says he is not elected by the people. There has been a great deal of jockeying for the position and what might have been a government crisis in more adept hands, appears to have been turned into a crisis for Conte and the Five-Star Movement. Although it is the largest party in the Chamber of Deputies, its support had waned, and it had begun splintering. The right-wing of the broad coalition government (League and Forza Italia) did not say they were withdrawing support for Draghi, but they no longer wanted to be in a government with Conte. There are three big tasks that lie ahead, and Draghi may be best positioned to complete them: a) reforms needs to secure EU funding, b) next year's budget, and c) complete the electoral reform, including threshold for representation, districts, and majority bonus. The day is not over. There is more theater to come, but Italy is moving away from the edge of the political abyss. The 10-year BTP is snapping a five-day jump in yields (~21 bp) and is off about 12 bp today.

The last round of Tory MP voting takes place today. Sunak is a couple votes shy of ensuring a place in the final contest among Conservative Party's membership. Mordaunt, who polls say would beat Truss and Sunak has 92 votes, and Truss has 86. Badenoch was eliminated yesterday with 59 votes. Truss looks to pick up more of those MPs than Mordaunt, and likely putting her in the final two. The rank-and-file still bruised from Sunak's tax hikes prefer Truss to him, according to polls. In his Mansion House speech, BOE Governor Bailey defended the central bank's independence from criticism from several of the candidates, including Truss who seemed to threaten that a new money supply target.

With that political backdrop, the UK reported that inflation accelerated more than expected last month. CPI rose 0.8% on the month for a 9.4% year-over-year increase. The median forecast was for 9.3%. Gasoline and hospitality (restaurants and lodging) seemed to drive prices. The UK's core measure, which excludes food, drink, tobacco, and energy) slipped to 5.8% from 5.9%, the second consecutive fall. Bailey hinted at a 50 bp hike at the next MPC meeting on August 4. It is fully discounted in the swaps market and half point hikes in September and November as well.

June US housing starts disappointed, falling by 2% instead of increasing by the same magnitude as economists in Bloomberg's survey projected. The upward revision to the May series, to show a decline of 11.9% instead of 14.4%, offered little consolation. It was the first back-to-back monthly decline since March-April 2020. Another indication that activity in the housing market is moderating will be delivered today from June new home sales. They are expected to have fallen by a little more than 1% after a 3.4% decline in May. It would be the fifth consecutive decline. Rising mortgage rates, higher price homes, and limited supply appears to be the biggest headwinds.

After hiking rates by 100 bp a week ago, the Bank of Canada does not meet again until September 7. That means it will see two inflation reports before it meets: June CPI today and July CPI on August 16. Inflation last month likely accelerated from the 7.7% year-over-year pace seen in May. The average monthly increase this year has been 1.1% compared to 0.5% in the first five months of last year. Food and energy are certainly part of the story, but there is more to it. Three core measures (common, median, and trimmed) are published, and they have been marching higher too. The average of the three, rose 3.3% year-over-year. The underlying rate accelerated to 4.7% in May and may have risen to 5% last month. The higher inflation coupled with what is expected to be a strong May retail sales report ahead of the weekend will boost perceptions of an overheating economy. The market is pricing around a 90% chance of a 75 bp hike instead of 50, but a case might be made the real choice is between 75 bp and 100 bp.

The greenback has a fallen for three sessions against the Canadian dollar coming into today and edged a bit lower to almost CAD1.2855. The low for the month is closer to CAD1.2835. Last week's peak was near CAD1.3225. The downside momentum appears to be easing but the key may be the broader risk appetite and if US equities can extend their recovery. After falling to around three-week lows yesterday, the US dollar recovered to close back above MXN20.50 yesterday. Follow-through buying lifted the greenback a little above MXN20.59 today before the sellers re-emerged. It is trading near session lows around MXN20.47 in late morning dealings in Europe. The dollar has not closed below its 20-day moving average since late last month. It is found near MXN20.40 today.

He has been covering the global capital markets in one fashion or another for more than 30 years, working at economic consulting firms and global investment banks. After 14 years as the global head of currency strategy for Brown Brothers Harriman, Chandler joined Bannockburn Global Forex, as a managing partner and chief markets strategist as of October 1, 2018.
My articlesMy siteAbout meMy books
Follow on:TwitterLinkedINSeeking Alpha
Previous The Real Policy Error Is Expanding Debt and Calling It “Growth”
Next Parity hysterics: What it means and what it doesn’t – Part II