US Dollar Offered but Stretched Intraday

by
Marc Chandler
My articles My siteAbout meMy booksMy videos
Follow on:TwitterLinkedIN
Seeking Alpha
Summary:
Overview: The US dollar is trading heavily against all the major currencies, led by the Norwegian krone and euro.  Emerging market currencies are also firmer.  However, risk-appetites seem subdued.  Even though most large bourses in Asia Pacific advanced but Japan and Hong Kong, European markets are nursing small losses and US futures are little changed.  Benchmark 10-year yields are firmer with European yields 3 bp firmer and Italy’s premium over Germany slightly narrower.  The 10-year Treasury yield is up three basis points to 2.78%.  Gold is firm, knocking on the recent cap below 00.  September WTI settled near .75 yesterday and is struggling to hold above today ahead of the EIA short-term outlook later today (OPEC and IEA on Thursday).  US natgas, 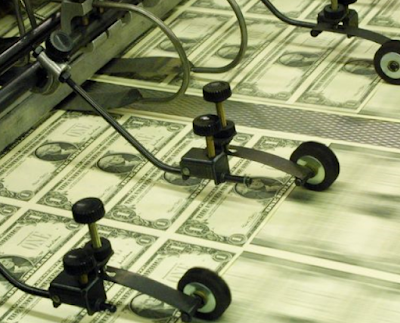 Overview: The US dollar is trading heavily against all the major currencies, led by the Norwegian krone and euro.  Emerging market currencies are also firmer.  However, risk-appetites seem subdued.  Even though most large bourses in Asia Pacific advanced but Japan and Hong Kong, European markets are nursing small losses and US futures are little changed.  Benchmark 10-year yields are firmer with European yields 3 bp firmer and Italy’s premium over Germany slightly narrower.  The 10-year Treasury yield is up three basis points to 2.78%.  Gold is firm, knocking on the recent cap below $1800.  September WTI settled near $90.75 yesterday and is struggling to hold above $90 today ahead of the EIA short-term outlook later today (OPEC and IEA on Thursday).  US natgas, which has fallen around 9% in the past three sessions is a little more than 1.5% higher today.  The European benchmark is flat with a four-day drop in tow.  Iron ore was up around 5.5% over the past two sessions but slumped 1.75% today. Copper, on the other hand, is extending its advance for the fourth consecutive session.  It is testing its best level since early July.  A poorer Dept. of Agriculture report is lifting grain prices today.  Wheat and corn are up around 2.4%, and soybeans are up about 1.7%.

China's ability to punish Taiwan via trade embargo is limited.  China announced it was curbing fish, fruits, and sand shipments, but this symbolic.  Yes, sand is needed for semiconductor fabrication and construction, but China's exports were about $1 mln a month.  Taiwan is the PRC's biggest supplier of integrated circuits, a part of global division of labor (supply chains).  Covid, the lockdowns, the hard stop to the real estate wealth engine have disrupted China and Hong Kong imports from Taiwan.  Taiwan's exports to them rose 3% year-over-year in July.  It followed a 4.5% decline in June and only a 0.8% increase in May.  In comparison, Taiwan's exports to the US rose 24.8% year-over-year in July after a 27.9% pace in June and 15.5% in May.  However, don't be mistaken.  China and Hong Kong bought around $16 bln of Taiwanese goods compared with about $7 bln by the US.  Recall that the $52 bln semiconductor bill that will become law in the US requires recipients not to build advanced fabrication capacity in China. In both dollar value and percentage growth Europe is not a very significant importer of Taiwan's products. Australia is the fastest growth market for Taiwan.  Exports in July were 156.5% above year ago levels, but the base was low.  Consider that in dollar terms, Taiwan shipped $940 mln of goods to Australia last month. Taiwan's exports to Vietnam were almost $1.4 bln and more than $1.6 bln to Malaysia.

Japan's Prime Minister Kishida will announce a cabinet reshuffle tomorrow but appears be driven by domestic political considerations than policy per se. Still, a redistribution among the key factions may give Kishida a freer hand.  The dollar is trading in a about a half of a yen range today below JPY135.15, well within yesterday's range (~JPY134.35-JPY135.60).  The JPY136.00 is the (61.8%) retracement of the dollar's pullback from the 24-year high in mid-July near JPY139.40.  A move above there would likely coincide with a rise in US yields.  The Australian dollar briefly poked above $0.7000 yesterday but has held below it in a consolidative session so far.  The Aussie has held above a third of a cent range below that cap today.  Support is seen in the $0.6940-60 area.  The greenback has also traded quietly against the Chinese yuan today. It has been confined to a CNY6.7500-CNY6.7585 range.  Apparently, a month ago, Chinese auditors turned their attention to the trust industry and in particular, their exposure to the property developers and how they plan to dispose of bad loans.  The PBOC set the dollar's reference rate at CNY6.7584, a little firmer than the expected (Bloomberg survey) of CNY6.7567).

Germany is on fire.  It is the hottest summer on record.  The Rhine River is so low that barges must lighten their lows to make passage.  The Green economic minister has been forced by circumstances to boost coal use to generate electricity and may have to backtrack from a long principled stance against nuclear energy.  Some rationing is taking place and more could follow.  The country is experiencing the highest inflation in a generation.  And what is that many seem to want to talk about?  Former Chancellor Merkel wearing clothes to the opera she had worn before.  Huh?  It is not just that a man wearing the same tux is not subject to scorn.  It is not just that in our age of waste beyond imagination, rejecting the acquisitive drive of more and moar by example instead of preaching, is admirable.  The point is that there more important reasons to be critical of the former chancellor, including contributing to Germany's dependence on Moscow, even after Putin invaded Georgia in 2008 and Ukraine in 2014.  At the same time, she under-invested in the German military.  History may have a difficult choice between Merkel and her predecessor Schroeder, who was associated with Russia's energy giants Rosneft and Gazprom, who aided Russia more.

Yesterday, the Swiss National Bank reported a CHF6.8 bln increase in sight deposits.  It was the first increase in three weeks and only the third since the end of April. It was the largest increase since July 2020.  By hiking rates before the ECB, signaling the currency is no longer extremely overvalued, and turning its attention to restraining price pressures, the SNB seemed to welcome a stronger franc.  However, with the euro falling to its lowest level since early 2015, it looks like the SNB may have intervened.  The euro recovered from CHF0.9700 to CHF0.9800 yesterday.  However, it proceeded to reverse lower and settled below the pre-weekend low (~CHF0.9760).  There has been no follow-through euro selling today but the cross remains in its trough.

The euro remains strikingly resilient in the face of the heightened expectation for a 75 bp Fed hike next month.  The ECB is expected to deliver another 50 bp hike.  After rising to new three-year highs, the 2-year US-German spread narrowed a little yesterday and fell further today to a one-week low.  The euro has approached $1.0250.  Last week's high was a little shy of $1.03. After a quiet Asian session, the euro caught a strong bid in thin European turnover, which has stretched the intraday momentum indicators that is unlikely to be sustained in the North American session.  Initial support is seen in the $1.0200-20 band.  Sterling is firm but quiet.  It is inside yesterday's range, which was inside last Friday's range (~$1.2000-$1.2170). Sterling's gains in the European morning are also stretching the intraday momentum indicators.  Without fresh developments, sterling could pull back into support now initially seen in the $1.2080-$1.2100 area.

It is not about the bond vigilantes, but their opposites that have the upper hand now.  Fed officials have pushed back against the easing of financial conditions but is resisting even though it has moved to discount the likelihood of another 75 bp hike next month.  Since the middle of June, the 10-year yield has traded between 2.50% to 3.50% and now, the posted employment report that saw a new cyclical low in the unemployment rate, the yield is slightly above 2.75%.  In fact, it has not been above 2.90% for almost two-and-a-half weeks.  Short-term term rates are firm; underpinned by the expectations that the Fed will continue to lift rates.  The S&P 500 rose by more than 9% last month, its best month since November 2020, and is edging up early this month.  The NASDAQ was up 12.3% last month and is up almost 2.0% here in August.  The dollar's appreciation was cited by Fed Chair Powell as a channel through which financial conditions were tightening.  The greenback has stopped rising.  The euro has stopped falling (low recorded July 14, ~$0.9950) and is in a trading range roughly $1.01-$1.03.  The greenback peaked against the Canadian dollar on the same day and weakened by more than 2.5%.  The US dollar has also depreciated by around 3.8% against the Mexican peso.  Among the top trade partners, China stands out.  The greenback appreciated by slightly more than 0.65% against the Chinese yuan last month, the fifth consecutive month.  It has gained less than 0.1% so far this month.

The US reports Q2 nonfarm productivity and unit labor costs.  They are not directly measured but deduced from the Q2 GDP data.  Productivity is expected to have fallen as more people were working but output fell.  This also means that unit labor costs rose. Markets tend to react much to these data points.  Perhaps on this summer day, the 52-week bill auction and the beginning of the quarterly refunding auctions with $42 bln three-year note sale today will attract attention.  Note that the last 52-week bill was sold with a 2.96% yield, and it is currently yielding almost 3.25%.  It is well above the 10-year yield (a little below 2.80%). Yesterday, corporations issued $22 bln investment grade dollar bonds to bring this month's total to over $78 bln.

While Canada's economic calendar is light, Mexico reports July CPI.  As expected, acceleration to above 8.0% may strengthen the market's conviction that Banxico will hike its overnight target rate 75 bp on Thursday.  There seems to be greater risk of a 100 bp move than a 50 bp step.  The core rate is expected to tick up to 7.61% from 7.49%.  Brazil reports the IPCA measure of inflation, and the year-over-year rate is expected to fall toward 10% from almost 11.9%.  If so, it would be the slowest pace this year and would bolster ideas that the central bank's tightening cycle is complete or nearly so.  This could encourage flows into Brazilian bonds.  The real is off to a good start this month.  It is up about 1.2% coming into today, making it one of the strongest among the emerging market currencies so far in August.

After approaching CAD1.30 before the weekend in response to the diverging job reports, the greenback fell to about CAD1.2840 yesterday.  It has not been above CAD1.2875 today, where options for almost $500 mln expire today.  Nearby support may be near CAD1.2820. The greenback is extending its losses against the Mexican peso.  It is trading near MXN20.20-21, its lowest level since July 1.  The next area of support is about MXN20.11.  Resistance is seen around MXN20.29.

He has been covering the global capital markets in one fashion or another for more than 30 years, working at economic consulting firms and global investment banks. After 14 years as the global head of currency strategy for Brown Brothers Harriman, Chandler joined Bannockburn Global Forex, as a managing partner and chief markets strategist as of October 1, 2018.
My articlesMy siteAbout meMy books
Follow on:TwitterLinkedINSeeking Alpha
Previous Dog Days
Next Vitalik Buterin glaubt an Crypto-Zahlungen für den Mainstream