Home / SNB & CHF / A Lesson In PMIs: Relative vs. Absolute

A Lesson In PMIs: Relative vs. Absolute

by
Jeffrey P. Snider
My articles My booksMy videos
Follow on:Twitter
Summary:
The bid for “decoupling” has never been stronger, and, unfortunately, this time actually represents the weakest case yet for it. According to the mainstream interpretations of the most recent sentiment indicators, the US and European economies appear to be going in the complete opposite directions. Beset by even more overreactive governments, spurred oppressively forward by an increase in COVID testing, in Europe the second wave of artificial restrictiveness has already arrived sending that system spiraling back into nearly certain re-recession. IHS Markit’s Eurozone PMI indices were appallingly bad in their “flash” assessments of so far in November 2020. The manufacturing sector held up somewhat better, though dropping three points to 55.4 from 58.4 in October.

Jeffrey P. Snider writes If the Fed’s Not In Consumer Prices, Then How About Producer Prices?

Jeffrey P. Snider writes Rising Probability For A Second Payroll Minus (and its implications)

The US isn’t booming in a way Europe is not, rather Europe is falling apart already in a way that the US still could.

Where are the high 60s? Where are the 70s? Markit’s US PMI’s have inched closer to the low 60s, but that doesn’t even mean what little it had in 2017 and 2014. Things have changed, for the worse, and the worse things have gotten the higher PMI’s have to rise in order to indicate whichever economy is meaningfully improving.

In a lot of recent historical cases, rising PMI’s are pretty much all there is. Given that they indicate relative rather than absolute changes, no wonder there is so much confusion about what they mean (and that, apparently, includes Economists working for the companies that produce them). Even if the ISM’s numbers in 2017 had meant what everyone had said they meant, they were still nowhere near enough to keep 2018 from becoming 2019. 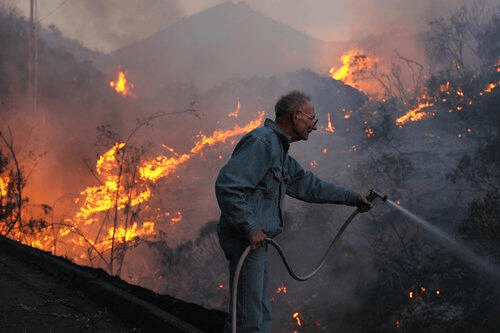 Just a quick update to add a little more data and color to my last Friday’s swap line criticism so hopefully you can better see how there is intentional activity behind them. Since a few people have asked, I’ll break them out with a little more detail. While the volume of swaps outstanding at the Fed has, in total, remained relatively constant (suspiciously, if you ask me), the underlying tenor of them has not.Meaning, there is purpose.

It’s no wonder we’re obsessed with shoes these days. Even the V-people, as I’ll call them, keep one wary eye glued looking behind them. Survivor’s euphoria means a lot of potentially bad things, only beginning with a false sense of survivor-hood.

When the eurodollar system worked, or at least appeared to, not only did the overflow of real effective (if virtual and confusing) currency “weaken” the US dollar’s exchange value, its enormous excess showed up as more and more foreign holdings of US$ assets.

Europeans are growing more downbeat again. While ostensibly many are more worried about a new set of restrictions due to (even more overreactions about) COVID, that’s only part of the problem. The bigger factor, economically speaking, is that Europe’s economy has barely moved, or at most not moved near enough, off the bottom.