by
Marc Chandler
My articles My siteMy booksAbout me
Follow on:TwitterLinkedIN
Seeking Alpha
Summary:
Swiss Franc The Euro is stable by 0.00% to 1.072 EUR/CHF and USD/CHF, October 21(see more posts on EUR/CHF, USD/CHF, ) Source: markets.ft.com - Click to enlarge FX Rates Overview: The dollar is falling against most of the world’s currencies today, even as long-term yields rise to the most in four months and drags global yields higher. The US 10-year yield is pushing above 0.80%, and the 30-year is above 1.60%. Many are linking the backup in yields to prospects of additional fiscal support. European benchmark 10-year yields are 2-4 bp higher. China’s bond yield slipped marginally. Sterling and the Norwegian krone are leading the majors higher. The greenback has slipped below JPY105, and the euro reached .1870, its highest level in a month. Most emerging

Japan’s Suga is making his first trip abroad since becoming Prime Minister. He seemed to play down the likelihood of a near-term summit with South Korea and China. South Korea has threatened to liquidate Japanese assets to settle claims over the colonial-era actions.

In part drawn by the IPOs of mainland companies, flows into Hong Kong are forcing the Hong Kong Monetary Authority to step-up its intervention to prevent the US dollar from falling below its floor at HKD7.75. For settlement today was HK26.3 bln ($300 mln).

The dollar’s advance yesterday to JPY105.75, a five-day high, was a bit of a head fake. It has been sold through Asia and early Europe to approach JPY104.80, the lowest in a month. The suddenness of the move caught participants off-guard. The intraday technical readings are stretched. A $1.9 bln option at JPY104.50 that expires tomorrow could also help limit the dollar’s downside. A move above JPY105.20 is needed to stabilize the tone. The Australian dollar’s gains appear to be reflecting the broader US dollar weakness. Monday’s high was set near $0.7115, and it offers initial resistance today. The chances of an RBA move in early November seems to be deterring short-term players. The Chinese yuan continues to trend higher. The PBOC set the dollar’s reference rate at CNY6.6781, which was a bit higher than expected. The dollar fell to around CNY6.6415 before stabilizing. Note that the yuan is also appreciating against the trade-weighted basket. The risk of some near-term consolidation appears to be increasing.

Ahead of Friday’s release of the preliminary PMI for October, the focus in Europe is two-fold: the resurgence of the virus and the new restrictions that could cut short the recovery that was underway and the still stalled UK-EU trade talks. There is speculation that the EU will make some concessions so that Johnson can claim a face-saving victory at home. Some reports suggest behind the scenes preparation for a resumption of talks possibly later this week. A CIPS survey found nearly half of the businesses responded were less prepared for Brexit than a year ago, citing depleted financial resources and inventories. Even with an agreement, the exit from the standstill agreement will be disruptive, and it’s a question of magnitude and duration.

The euro reached $1.1870 in early European turnover and is coming off ahead of the North American session. Initial support is seen near $1.1820. A fall through $1.1800 would be disappointing, and short-term momentum traders would likely have to move to the sidelines. Sterling is holding in better. It reached $1.3065, its highest since October 13, and overcoming some option-related offers around $1.3050, where a GBP230 mln option expires today. Last week’s high was just below $1.3085. The euro reached almost GBP0.9150 yesterday, after being as low as GBP0.9020 on Monday. It has come back offer today, and a break of the GBP0.9070 area warns of a return to the lows.

It is lost in the partisanship, which understandably emphasizes the differences between Trump and Biden. We have argued that on several foreign policy issues, there will be strong continuity.  North Korea and Iran are obvious, but so is the US opposition to the Nord Stream II pipeline and the digital tax that several European countries are enacting. NATO members should fulfill their spending commitments.   The US confrontation with China began before 2016 and will continue going forward. The Obama administration took 25 cases to the WTO, the most during 2008-2016; 16 were against China’s practices.  And incidentally, the US won every case that had been decided by January 2017. Many observers have argued that a Biden government would be more aggressively pursuing anti-trust action against several tech giants.  Yet, the first shot was fired yesterday as the Justice Department, backed by 11 Republican state attorneys, filed an antitrust complaint against Google.  Contrary to conventional wisdom, a monopoly in and of itself is not illegal in the US.  Google is being accused of engaging in unlawful exclusionary conduct and protecting and strengthening its market power.

The US dollar posted an outside down day against the Canadian dollar yesterday and follow-through selling today took the greenback to almost CAD1.3080, the lowest level since September 7. It has bounced toward CAD1.3120 in the European morning. A move above the CAD1.3140 area would help stabilize the US dollar’s technical tone. Meanwhile, the greenback slipped briefly below MXN21.00 and bounced back to MXN21.10 in the European morning. It looks set to probe a little higher, and initial resistance is seen near MXN21.15. 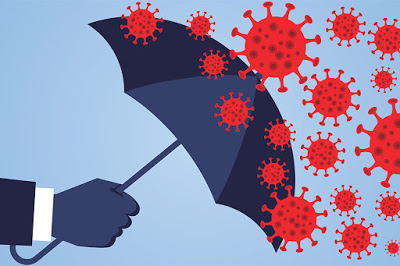 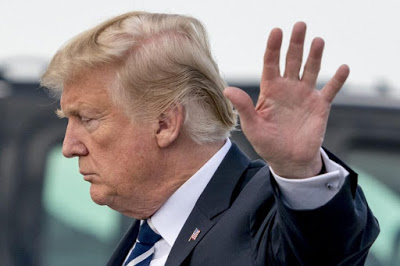 He has been covering the global capital markets in one fashion or another for more than 30 years, working at economic consulting firms and global investment banks. After 14 years as the global head of currency strategy for Brown Brothers Harriman, Chandler joined Bannockburn Global Forex, as a managing partner and chief markets strategist as of October 1, 2018.
My articlesMy siteMy booksAbout me
Follow on:TwitterLinkedINSeeking Alpha
Previous Second Covid Wave in Europe, Rest of the World still Unaffected
Next Was Hoppe Wrong About Democracy?