by
Marc Chandler
My articles My siteMy booksMy videosAbout me
Follow on:TwitterLinkedIN
Seeking Alpha
Summary:
Swiss Franc The Euro has risen by 0.18% to 1.0525 EUR/CHF and USD/CHF, May 18(see more posts on EUR/CHF, USD/CHF, ) Source: markets.ft.com - Click to enlarge FX Rates Overview: Despite somber warnings that the US economic recovery can stretch to the end of next year, investors have begun the new week by taking on new risks. Most equity markets in the Asia Pacific region rose, with Australia leading the large bourses with a 1% gain. India was an outlier, suffering a 2.4% loss, and Taiwan’s semiconductor sector was hit, and the Taiex fell 0.6%. European markets are off to a strong start with a 2% gain in the Dow Jones Stoxx 600 to cut last week’s loss in half. The benchmark is approaching a two-week downtrend line near 399. US shares are higher, and this could

Japan reported its GDP contracted by 0.9% in Q1 or 3.4% at an annualized rate. It was a little better than expected though the Q419 loss was revised slightly to show a 1.9% quarterly contraction (earthquake and sales tax increase). This quarter understood to be considerably worse with expectations of a quarterly decrease of around 5.0-5.5%.  Separately, even if not totally unrelated, the latest Asahi poll shows support for Prime Minister Abe is off about eight percentage points to 33%, the lowest in two years. The two big knocks include the handling of the virus and efforts to secure the power to appoint senior prosecutors.

At the same time that the US has announced a tighter ban on the sales of chips to Huawei, China took steps to dramatically increase its output of 14-nanometer wafers. Taiwan Semiconductor Manufacturing Corporation (TSMC) plans to build a wafer fabrication plant in Arizona needs to also be understood in this context too. The US prohibited without a license the sales of chips to Huawei if designed or made by US-produced technology and hardware. That would apply to TSMC, whose biggest customer is Huawei. The US export controls were circumvented by servicing Huawei out of foreign fabrication facilities. The new actions seek to close the loophole, and it seems that China had been preparing for this be stockpiling in semiconductor chips.

The dollar is confined to less than a third of a yen range above JPY107.00 and is within the pre-weekend range. So far, it is the first session in four that the dollar held above JPY107.00, though this could be challenged in the North American session today. On the top side, a $2.2 bln option at JPY107.50 expires today. After settling on its lows before the weekend, the Australian dollar bounced back to test the $0.6455 area. Resistance is around the pre-weekend high near $0.6475. The option for roughly A$635 mln at $0.6495 that expires today looks safe. A close blow $0.6440 would likely signal that the corrective forces remain in control. Given the heightened tension between the US and China and the greenback’s strength seen late last week, today’s PBOC fix was closely watched. The dollar’s reference rate was set at CNY7.1030, which was a bit stronger than the bank models suggested. The dollar reached its highest level since it peaked on April 2 near CNY7.1280. The highest close was on March 25 near CNY7.1150 and is under threat today.

Bank of England Governor Bailey reportedly denied that zero interest rates were under consideration last week. And the BOE’s chief economist Haldane seemed to suggest that negative interest rates were among the unconventional measures that were being considered. We suspect that the contradictory signals are more apparent than real. With the base rate at 10 bp, unconventional policy options are being discussed. Haldane was making this more academic point. Bailey was signaling the policy thrust, which is to say that expanding its asset purchase program holds more promise. The UK 2-year yield, which fell below zero last week, is now near minus five basis points.

The economic data highlight of the week is the preliminary PMI reports. The aggregate composite is expected to rise from the record low of 13.6 in April to 27.0 in May, according to the median forecast in the Bloomberg survey, as both the manufacturing and service sectors are forecast to improve. Ahead of the report, the European Commission is slated to announce its policy recommendations for a recovery package for next month’s meetings.

The euro is trading heavily but within the pre-weekend range. It has found a bid at $1.08, where a nearly 530 mln option will expire today. On the topside, the pre-weekend high was near $1.0850, and the 20-day moving average is just below there, likely keeping the $1.0875, expiring option for about 565 mln euros out of play. Sterling gapped lower (below $1.21) on the back of the talk of negative rates, but recovered to $1.2125 in the European morning. It is struggling to maintain the downside momentum that has seen it fall for five consecutive sessions coming into today. Note that the lower Bollinger Band is found near $1.2115 today. The Turkish lira’s short-squeeze is extending for its eighth consecutive session. News that Clearstream and Euroclear will not settle lira trades appears to have encouraged further buying back of previously sold lira positions. The US dollar found support near TRY6.81, as domestic demand (for debt servicing?)  emerged.

The US calendar is light today.  The highlight of the week includes the Philadelphia Fed survey (the Empire State manufacturing survey rose to -48.5 from -78.2) and the preliminary PMI (which is also expected to improve). April housing starts, and existing home sales will also be reported, and no fewer than eight Fed officials speak, including Powell (and Treasury Secretary Mnuchin) before the Senate Banking Committee tomorrow. Canada reports April CPI and retail sales figures this week. Mexico’s data highlight is the April retail sales report.

Conventional wisdom sees the negative yields in the US fed funds futures and concludes that investors are betting that the Fed cuts the target rate again. Some suggest that investors may be trying to push the Fed hand, deliver it a fait accompli, force it to cut, perhaps against its wishes. It is hard to argue against this. It seems intuitively true. Yet, the markets are not only about betting and taking on risk, but they are also for hedgers and people trying to layoff risk. The negative yields can be explained, even if no one thought the Fed would adopt negative rates. Imagine businesses that need to protect themselves against the chance. They buy “insurance” from the seller, who then goes to the market to layoff the risk. Financial intermediaries may also choose to hedge the risk of sub-zero rates. Negative rates in the US appear to be more about swapping from floating to fixed rates and the related hedging then actually reflecting expectations of negative Fed policy rates.

Brazil is being punished. The currency and equity market are among the hardest hit, losing a third of their value. It is not simply a function of macroeconomics. Policy matters. The self-inflicted political crisis adds to the challenge posed by the crippling pandemic. President Bolsonaro has lost the confidence of investors who had been prepared to like him after several tumultuous years. The loss of the second health minister in a month during a pandemic that appears to give Brazil the fourth most cases in the world.

The US dollar is consolidating within the pre-weekend range against the Canadian dollar (~CAD1.4020-CAD1.4120). A six-week downtrend line is found today near CAD1.4160. With stronger risk appetites today, initial support near CAD1.4060 would be pressured in North America. The greenback is also consolidating against the Mexican peso with a heavier bias.  Lows from the end of last week around found near MXN23.75. Below there, support is seen around MXN23.50, which also corresponds to the lower Bollinger Band. The dollar posted a key downside reversal on May 14 against the Brazilian real. Still, the follow-through dollar selling ahead of the weekend was reversed in late turnover, and the greenback finished on session highs (~BRL5.8560). The dollar’s record high was set near BRL5.9715.

Overview: Speculation that the US Senate would pass the large stimulus bill worth around 10% of US GDP is thought to have fueled a bounce in equities in recent days. The bill was approved and will now go to the House, where a vote is expected tomorrow. If the rumor was bought, the fact has been sold. The first to crack was the Asia Pacific region.

Overview: Risk appetites have been gradually waning this week. US equity losses mounted yesterday after Tuesday’s late sell-off. Asia Pacific equities were off, with many seeing at least 1.5% drops. Europe’s Dow Jones Stoxx 600 is off a little more to double this week’s decline and leaves it in a position to be the biggest drop since panicked days in mid-March. 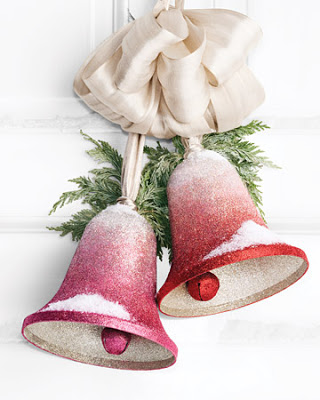 Overview: The holiday mood has tightened its grip on the capital markets, and global investors have nearly completely ignored the impeachment of the US President as it has little economic or policy significance. US equities reached new record highs yesterday with the S&P 500 moving above 3200. 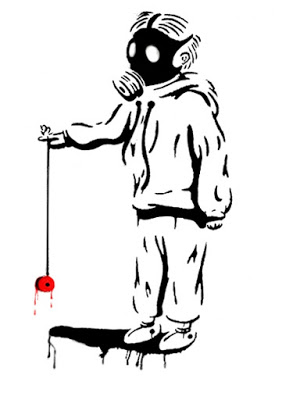 Overview: The 4.2% rally in the S&P 500 yesterday helped lift Asia Pacific markets earlier today, and the five basis point backing up of the US 10-year yield pushed regional yields higher. However, the coattails proved short, and Europe’s Dow Jones Stoxx 600 is snapping a three-day advance and is off about 1.3% in late morning turnover to give back yesterday’s gains.

FX Daily, March 11: US Over-Promises and Under-Delivers, while BOE Steps Up with 50 bp Rate Cut

Overview: The S&P 500 and Dow Jones Industrials sold off after the higher open and briefly traded below yesterday’s lows. Investors seemed disappointed that the Trump Administration was not ready with specific policies after Monday’s tease that had initially helped lift Asia Pacific and European markets earlier on Tuesday. This sparked a sharp decline in Europe into the close.

FX Daily, April 27: Equities Rally and the Dollar Eases to Start the Week

Overview: Global equities are beginning the new week on an upbeat note.  All the markets in the Asia Pacific region rallied, led by more than 2% gains in the Nikkei and Taiwan.  European bourses are higher.  All the industry groups are participating and financials and consumer discretionary leading the way.

He has been covering the global capital markets in one fashion or another for more than 30 years, working at economic consulting firms and global investment banks. After 14 years as the global head of currency strategy for Brown Brothers Harriman, Chandler joined Bannockburn Global Forex, as a managing partner and chief markets strategist as of October 1, 2018.
My articlesMy siteMy booksAbout me
Follow on:TwitterLinkedINSeeking Alpha
Previous Kauf von Swiss Re – 6 Monate Nachkauf Regel gebrochen? 🥺🙈
Next The Best 2020 Credit Card Strategy: No Fees and Maximum Returns