Here are three things you can learn from the Fed

by
Stephen Flood
My articles My booksMy videos
Follow on:
Summary:
Anyone who has decided to buy gold, or follows the gold price will be aware of how powerful the US Federal Reserve is. This year the Federal Reserve will turn 110 years old, only in recent years is dollar hegemony appearing to falter. Below we look at the central bank’s origins and three lessons we can learn from the history of the world’s most powerful bank, in order to help our investment decisions in 2023.  Is the FED’s institutional history about to repeat itself? Every institution follows a lifecycle. Institutions are born out of a need to solve an issue. After birth, they grow in size and scope, some decay because of changing needs or lose purpose and then die as they become obsolete. Of course, the timelines for an institution are not linked to the 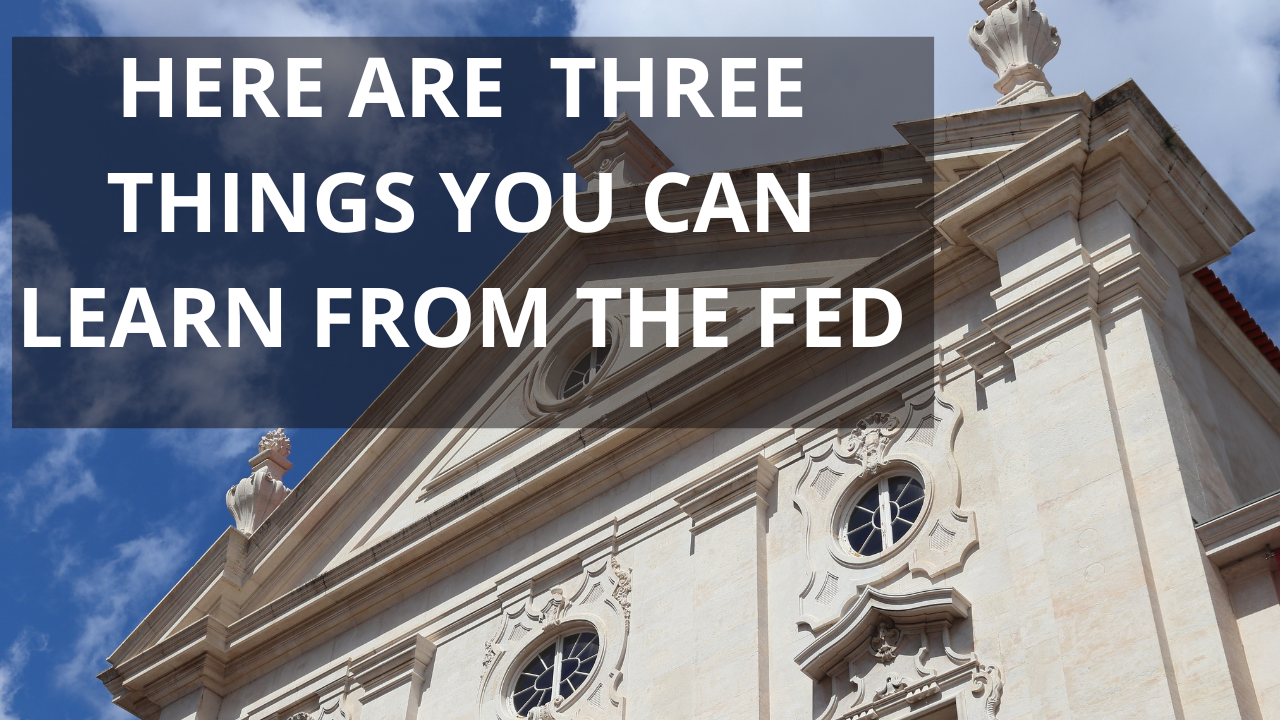 Anyone who has decided to buy gold, or follows the gold price will be aware of how powerful the US Federal Reserve is. This year the Federal Reserve will turn 110 years old, only in recent years is dollar hegemony appearing to falter. Below we look at the central bank’s origins and three lessons we can learn from the history of the world’s most powerful bank, in order to help our investment decisions in 2023.

Is the FED’s institutional history about to repeat itself?

Every institution follows a lifecycle. Institutions are born out of a need to solve an issue. After birth, they grow in size and scope, some decay because of changing needs or lose purpose and then die as they become obsolete.

Of course, the timelines for an institution are not linked to the lifespan of any one human.  This week we explore the life cycle and the psychology of today’s most powerful central bank – The Federal Reserve.

This year the FED will be 110 years old. Even for institutions 110 years is a long time to remain in a dominant position.

There are of course institutions that have lasted for many centuries, the Bank of England is one example; it was founded in 1694. The FED is certainly a mature entity that has seen successes, failures, and growing pains and has been renovated more than once.

Yet, there remain parts of the FED that have become antiquated and obsolete as transportation and technology has improve.

One example is the 12 district banks which were situated on rail lines to make it easier for bankers to travel to their respective Federal Reserve branches. With today’s technology, these district offices are thought by many to be obsolete.

For our purposes today let’s characterize the FED as a mature but not yet ossified institution.

Can we be sure the FED is not an old institution in irreparable philosophical decline? We can be sure. It is not in decline. The main reason is because it prints the most used currency in the world. Also, commentary from its top officials continues to be among the most watched event in the world.

Some would say that the FED is not in decline but meanwhile has too much power and influence in today’s world. By the very nature of the FED being able to print money, it will never be insolvent or become a bankrupt institution.

A second reason is because it remains actively trying to learn from its past mistakes. Although there may be certain specific lessons the FED is incapable of learning, no one that works at the Fed strives to project the hubris of infallibility. Chair Powell has said many times in his press conferences that “we just don’t know” for example.

Lesson #1 the Fed stretches its mandate and often blames other events or governments for its misguided policy.

In 2008 the FED arranged (somewhat forced) financing deals for insolvent companies. However, then said it did not have the ‘authority’ to save Lehman Brothers in September 2008. And then even after Lehman Brothers’ failure the FED then created many new ‘vehicles’ to provide backdoor finance to other failing institutions.

This stretch of mandate and selective ‘saving’ is not uncommon in FED practice. However, many times it only comes after a major economic or financial crisis. The stock market crash, the housing meltdown, and major institutional failures are all examples.

Lesson #2 It is important to be seen as important.

Marriner S. Eccles was FED Chair from 1936 until 1948. Those years were vital for America and all central banks as much of the world was still emerging from the great depression and then funding World War II.

These dozen years took everyone from the depths of the greatest depression to the jubilance of a uni-polar world with a thriving middle class.  His name is recognizable because the government and central bankers want it to be. Although built in 1937 the main office of the Federal Reserve System in Washington DC was renamed to honour Mr. Eccles by an act of Congress in 1982.

Lesson #3 history does not look kindly on central bankers who failed to control inflation.

Here is a telling quote from Wikipedia’s entry on Arthur F. Burns who served as Chair from 1970 until 1978. “[Arthur Burns] did not believe the country was willing to accept for any long period an unemployment rate in the area of 6 percent. Therefore, he believed that the Federal Reserve should not take on the responsibility for attempting to accomplish by itself, under its existing powers, a reduction in the rate of inflation to, say, 2 percent”

Chairman Burns, the Chairman prior to Volcker, is often referred to as wishy-washy on inflation. Also, is the scapegoat for the deep recessions that accompanied Chair Volcker’s tenure.

Historians have often written that if Burns had been more aggressive in fighting inflation, then the recessions would not have been as severe. However, history does not have an alternate reality to compare outcomes – only guesses!

These three quick lessons above will allow us to glimpse what 2023 might mean for Jerome Powell the current Chair of [the now mature institution known as] The Federal Reserve System. He will be psychologically predisposed to be seen as fighting for 2% inflation.

He will push until something breaks. Later, refuse to take the blame for any depression, recession, or stock market crash that happens despite mismanagement of the money printing or interest rates. Then jump in as ‘savior’ which will further the misallocation of risk.

One last note is that the FED, even with all of its expertise and models does not know the future any better than anyone else.

And in fact, is quite backward looking in their thinking. These repeating lessons and characteristics are what keeps gold and silver as prominent asset to own!

If you are interested in adding some financial insurance to your portfolio, in order to protect it from another few decades of poor central bank decisions, why not create an account with GoldCore and set up your free strategy call, today?

From The Trading Desk

Gold moved above $1,900 reaching a 8-month high on the back of the CPI numbers released Thursday.

Data released showed a slight cooling in the consumer price index. The CPI fell 0.1% in December after a rise in November 2022.

This is the last CPI report before the Fed’s next meeting on 31 January – 1st February which will conclude with a interest rate decision.

The closely followed print may give more clarity for the next rate hike, will it be another 50bp or a lower 25bp rise.

Inflation is cooling and going in the direction that the fed would like but there is a long way to go before getting to their 2% target.

Silver too has had a nice move up above $24, we would like to see silver hold this level for a next move higher towards $24.50 with a push next towards the psychological $25 mark. Near term support comes in at $23.20

Gold Brittania’s are available again for UK and Irish Investors. Gold Britannia’s start at 5% over Spot and Gold 1oz Bars start at 4.2% over Spot.

GoldCore have excellent stock and availability on all Gold Coins and bars. Please contact our trading desk with any questions you may have.

Stephen Flood is the CEO of GoldCore. He is a former Wall Street equity trader and FinTech expert. He has been involved in the precious metals markets since 2004 and has appeared as an expert contributor on CNBC, CNN, BBC, RTE & Bloomberg TV and has had articles published in the Irish Times, Irish Independent and The Sunday Business Post.
My articlesMy books
Follow on:
Previous Is it Too Easy to Think the Market Repeats its Reaction to a Soft US CPI?
Next The Chimera of a Postpandemic Postwar Return to Monetary Normal