Home / SNB & CHF / With Trepidation, the Market Awaits the BOJ

With Trepidation, the Market Awaits the BOJ

by
Marc Chandler
My articles My siteAbout meMy booksMy videos
Follow on:TwitterLinkedIN
Seeking Alpha
Summary:
Overview: With the market nearly ruling out a 50 bp hike by the Federal Reserve on February 1, the interest rate adjustment appears to have largely run its course. This may be helping to ease the selling pressure on the greenback. The general tone today is one of consolidation. There is a modest risk-off bias today. Although Japanese stocks advanced, China, Hong Kong, and South Korean equities slipped lower. Europe’s Stoxx 600 is snapping a four-day advance, and US futures are trading with a heavier bias. Benchmark 10-year yields are firmer, with the US Treasury near 3.55%, up nearly 14 bp from the pre-weekend low. The market has greeted news of stronger than expected Chinese Q4 GDP and December data with a jaundiced eye. The yuan has seen its largest two-day 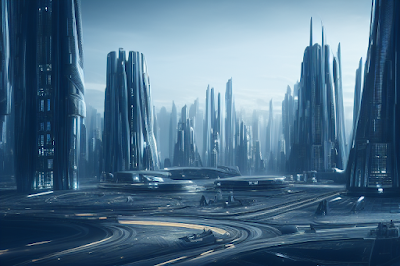 Overview: With the market nearly ruling out a 50 bp hike by the Federal Reserve on February 1, the interest rate adjustment appears to have largely run its course. This may be helping to ease the selling pressure on the greenback. The general tone today is one of consolidation. There is a modest risk-off bias today. Although Japanese stocks advanced, China, Hong Kong, and South Korean equities slipped lower. Europe’s Stoxx 600 is snapping a four-day advance, and US futures are trading with a heavier bias. Benchmark 10-year yields are firmer, with the US Treasury near 3.55%, up nearly 14 bp from the pre-weekend low.

The market has greeted news of stronger than expected Chinese Q4 GDP and December data with a jaundiced eye. The yuan has seen its largest two-day retreat in a couple of months. The PBOC is preparing the local money markets for next week’s holiday. The outcome of the BOJ’s meeting tomorrow remains a key source of uncertainty. We suspect operation changes rather than substantive policy adjustments, like abandoning the yield-curve control or widening the 10-year band further, but, of course, recognize the pressure to act.

The BOJ finds itself in an unenviable position of its own making. If it adjusts the Yield-Curve Control by widening band of the 10-year yield again or abandoning it all together, its credibility is diminished. It has spent more than $80 bln in the past three sessions defending it. It maintains the cap, it likely faces continued challenge by the markets, which has pushed the 10-year yield through the 0.50% cap, even if its tweaks the market operations, which Japanese banks and brokers think is more likely. At the end of week, Japan reports its December CPI figures. The headline and core rates are seen rising to 4.0%. Consider that the uncertainty ahead of the outcome of the BOJ meeting has driven overnight implied volatility above 50%, to its highest level since the Great Financial Crisis.

China reported better than expected data. Rather than contract in Q4 as many projected, the economy stagnated after growing 3.9% in Q3. Industrial output grew 1.3% year-over-year in December, while economists had projected a 0.1% increase. Retail sales were expected to have collapsed by 9.0% year-over-year after falling 5.9% in November. Instead, they fell by 1.8%. Fixed asset investment slowed a little from the 5.3% pace seen in November to 5.1%. Property investment slipped further, falling 10.0% from 9.8%. However, this was still slightly better than anticipated. Residential property sales decline was virtually unchanged at -28.3% (from -28.4%). And stretching the imagination, was a decline in survey unemployment to 5.5% from 5.7%.

After falling to about JPY127.25 yesterday, its lowest level since last May, the dollar recovered to JPY129.15 today in early Asian turnover. An adjustment in BOJ operations tomorrow, and no major shift in policy could see the dollar challenge last week’s high near JPY133. On the other hand, an abandonment of Yield-Curve Control entire, would spur another leg lower for the dollar. A break of the JPY126.50 area could target the JPY120.50-JPY121.00 area, even if not immediately. The Australian dollar rose above $0.7000 briefly yesterday for the first time since last August. It has pulled back to $0.6930 today in the European morning. The next area of support is seen near $0.6920. If it is pushed through it, there appears to be initial potential toward $0.6880. The PBOC has begun injecting liquidity into the banking system to prepare for the Lunar New Year holiday next week. The yuan snapped a three day advance yesterday and retreated further today. The dollar fell to almost CNY6.69 yesterday, its lowest level since last July and today, recovered to around CNY6.7830. It is the biggest back-to-back gain for the greenback since November. The PBOC set the dollar’s reference rate at CNY6.7222, slightly lower than the median projection in Bloomberg’s survey for CNY6.7243.

The German Dax lost nearly 12.4% last year. Through yesterday, it is up 8.7% this year. Defying expectations for a Q4 contraction, Europe’s largest economy appears to have stagnated. Moreover, the risk of an energy crisis appears to be abating as natural gas prices continue to fall. The price of Europe’s benchmark was more than halved in Q4 and are off another 25% so far this year. Yesterday’s decline brought the benchmark to its lowest level since September 2021. In addition, the euro has recovered nearly 14% off the late-September lows (~$0.9535). In dollar-terms, the price of Brent oil is practically flat. There is little wonder then that the ZEW survey of investor confidence has improved. The assessment of the current situation rose for the third consecutive month (-58.6 vs. -61.4). At 16.9 (from -23.3 in November), the expectations component is at its best level since last February and blew away expectations for -15.0.

The UK’s employment report strengthened the conviction that the Bank of England will lift the base rate 50 bp at the February 2 meeting. The focus is on weekly earnings, which accelerated to 6.4% with and without bonuses in the three-months, year-over-year calculation through November. The ILO measure of unemployment was unchanged at 3.7%. In December, the jobless claims rose by almost 20k, while November’s claims were revised to 16.1k from 30.5k. Payrolls grew by 28k, less than half of what was projected, while the November jobs creation was revised to 70k from 107k. This follows on the heels of last week’s unexpected new that the economy expanded in November (and October) after contracting in September. Tomorrow, the UK will report December CPI figures and a slight slowing is expected to keep the year-over-year pace above 10%.

The euro reached almost $1.0875 yesterday in Asia but stalled and slipped back to about $1.08. It is trading with a slightly heavier bias today but remains above yesterday’s low. The pre-weekend low was near $1.0780 and a break of could see a return to the $1.0720-30 area. Sterling approached $1.2290 yesterday, its best level since mid-December. It is little changed today, in about a 30-pip range on either side of $1.2200. Within the consolidative tone, it could slip toward $1.2150 initially, but we suspect potential exists back toward $1.2100.

The holiday-shortened busy week for US economic data begins slowly. On tap today is the first regional Fed’s survey for January. The Empire State survey has been alternating between improvement and weakening since the middle of last year. And the pattern is expected to remain intact with today’s reading. The survey deteriorated to -11.2 in December from 4.5 in November. The median forecast in Bloomberg’s survey is for -8.6. Last week, the Atlanta Fed’s GDPNow for Q4 edged up to 4.1% from 3.8%. It will be revised tomorrow after the series of December economic readings, and the risk is to the downside. Retail sales and industrial production are expected to have extended declines since in November. The as expected decline in December CPI has seen the odds a 50 bp hike by the Fed on February 1 ease to around 10% from about 33% at the end of last year. Meanwhile, the market continues to discount a rate cut in Q4. At the end of 2022, the yield of the December Fed funds futures was 24.5 bp below the September contract. The discount is now 29 bp.

Canada reports December CPI today ahead of next week’s Bank of Canada meeting. The headline rate is expected to moderate to 6.4% from 6.8%, with the month-over-month rate falling by 0.5%. The monthly rate fell by 0.3% last August and the 0.5% decline would be the most since April 2020. The underlying core rates are projected to moderate slightly but prove stickier. The swaps market has about a 70% chance of a quarter-point hike discounted for next week. This is seen a likely the last hike in the cycle. Canada also report December housing starts (likely slowed) and November portfolio flows (not typically a market mover).

The US dollar put in a low at the end of last week near CAD1.3320. It traded inside the pre-weekend range yesterday in quiet turnover and is edging higher today to almost CAD1.3440. Initial resistance is seen closer to CAD1.3460. We suspect there is potential toward CAD1.3500, especially if US equities pare last week’s gains. The greenback has fallen almost 4% against the Mexican peso to start the year. The downside momentum appears to have stalled near MXN18.73. Near-term potential extends back into the MXN18.90-MXN18.96 area. It is a quiet week for Mexican data. The highlight is the November retail sales report on Friday.

He has been covering the global capital markets in one fashion or another for more than 30 years, working at economic consulting firms and global investment banks. After 14 years as the global head of currency strategy for Brown Brothers Harriman, Chandler joined Bannockburn Global Forex, as a managing partner and chief markets strategist as of October 1, 2018.
My articlesMy siteAbout meMy books
Follow on:TwitterLinkedINSeeking Alpha
Previous WEF: Oxfam urges windfall tax on food companies
Next The Fed Is a Purely Political Institution, and It’s Definitely Not a Bank.