Dollar Slumps, Yuan Rallies by Most this Year amid Intervention Talk

by
Marc Chandler
My articles My siteAbout meMy booksMy videos
Follow on:TwitterLinkedIN
Seeking Alpha
Summary:
Overview: The US dollar is having one of toughest days of the year. It has been sold across the board and taken out key levels like parity in the euro, .15 in sterling, and CAD1.36. The Chinese yuan surged over 1%. Chinese officials promised healthy bond and stock markets. There is some talk that the PBOC may have intervened directly in the forex market. Large bourses in the Asia Pacific region rallied and the CSI 300 rose by 0.8%, its first gain of the week. After rising by around 2.8% over the past two sessions, Europe’s Stoxx 600 is slightly lower. A disappointing batch of corporate earnings is weighing on US futures. The US 10-year yield is around four basis points lower at 4.06%, while European yields are mostly 2-4 bp higher. A softer dollar helped lift 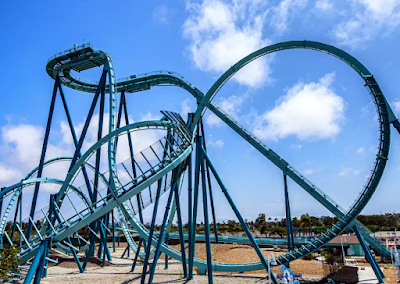 Overview: The US dollar is having one of toughest days of the year. It has been sold across the board and taken out key levels like parity in the euro, $1.15 in sterling, and CAD1.36. The Chinese yuan surged over 1%. Chinese officials promised healthy bond and stock markets. There is some talk that the PBOC may have intervened directly in the forex market. Large bourses in the Asia Pacific region rallied and the CSI 300 rose by 0.8%, its first gain of the week. After rising by around 2.8% over the past two sessions, Europe’s Stoxx 600 is slightly lower. A disappointing batch of corporate earnings is weighing on US futures. The US 10-year yield is around four basis points lower at 4.06%, while European yields are mostly 2-4 bp higher. A softer dollar helped lift gold to two-week highs near $1675. It is up 1% on the day in Europe. December WTI is firm near $86. US natgas has steadied after surging around 12.5% in the past couple of sessions. The negative price reported for spot in Texas is a reflection of the strong supply and limited pipeline capacity. Europe’s benchmark fell 16% on Monday and rose 3.1% yesterday. It is up around 2.5% today. Iron ore fell 2.5% today, its largest decline this month, and follows a 2% loss yesterday. December copper is up almost 2% today after losing 2.3% over the past two sessions. December wheat is also snapped a two-day decline and is up about 0.5% today.

The BOJ has capped the 10-year bond yield at 0.25% and it now owns the vast majority of such bonds. However, longer-term yields have continued to rise. For example, the 20-year yield that was below 0.90% in mid-September surged to over 1.30% yesterday. Today, the central bank responded by stepping up its purchases of longer-dated bonds. It boosted the 10-25-year purchases by JPY100 bln to JPY350 bln and increased the 25-year buys by JPY50 bln to JPY150 bln. The government is still expected to announce new stimulus spending and some part will have to be financed through debt issuance. The market has indicated a preference for short-dated bonds as the long end is too illiquid. The 20-year yield fell to about 1.10% before rebounding to almost 1.20%. The 30-year yield reached nearly 1.72% yesterday, dropped to 1.45% today and settled by 1.55%.

Australia’s CPI accelerated to 7.3% in Q3 from 6.1% in Q2. The median forecast was for 7.0%. The trimmed mean accelerated to 6.1% from 4.9% while the weighted median rose to 5.0% from 4.3%. The central bank expected inflation to peak around 8% this year here in Q4. Separately, the decline in US yields and the lower Australia bond issuance projected for FY22-23 (to A$95 bln from A$125 bln) helped support the Australia debt market despite inflation’s acceleration. Australia’s three-year note yield fell by eight basis points to 3.48%. It was the third consecutive decline. It is off 23 bp this week after rising 21 bp last week. The Australian dollar was knocking on $0.6400 for the past three sessions and jumped to almost $0.6500 today, its best level in nearly three weeks.

While no one gave BOJ intervention much chance to succeed, given that it was not by surprise; it did not signal a policy change, and it was unilateral. However, we argued that it was buying time until US rates peaked, and the decline in US rates is weighing on the greenback broadly. The dollar set a range on Monday of JPY145.55 to JPY149.70. It remained in the range yesterday, and so far, today. The session low has been recorded in Europe near JPY146.75. The Australian dollar’s surge is seeing the five-day moving average move above the 20-day moving average for the first time since mid-August. The next upside target is near $0.6550, which may be too far today and is, in any event “protected” by options for roughly A$565 that expire today. The $0.6400 area should now offer support. Just as narratives about how China really wants a weak yuan began circulating, the redback surged by 1.3%, easily the biggest rally of the year. The dollar fell from nearly CNY7.31 seen yesterday to a little above CNY7.17 today. Chinese banks were reportedly large sellers of dollars. Some suspected direct PBOC intervention. Officials did signal their interest by setting the dollar’s reference rate today at CNY7.1638. The median projection in Bloomberg’s survey was CNY7.2481.

German Chancellor Scholz recently overrode his government to insist that all three remaining nuclear plans remain operational through the winter. Yesterday, he overrode concerns about selling the Hamburg container port to China. Scholz was previously the mayor of Hamburg and supported a state-owned Chinese company’s bid for the container terminal. Scholz got an agreement to sell a smaller stake to the Chinese company Cosco Shipping Holding Co of just less than 25% rather than a 35% stake in of the four terminals. Scholz is going to Beijing next week to meet with Xi.

Italy’s new Prime Minister Meloni easily won a confidence vote in the Chamber of Deputies yesterday. The Senate holds its vote today. Among the first things she has done is give the go ahead to install a new liquified natural gas terminal. The floating storage and regasification facility had met local opposition. This is a continuation of an effort that began with the previous government. It is projected to provide around 6.5% of Italy’s gas needs and be operational in the spring. Separately, Meloni is expected to support a stalled merger between Telecom Italia and Open Fiber. Italy’s 10-year premium over German fell to 2.20% yesterday, the lower end of where it has traded since mid-August. Today it is slightly firmer. Italy’s 2-year premium fell below 80 bp yesterday for the first time in over two months. It is little changed today.

Yesterday, the euro pushed slightly above $0.9975. Today, it jumped to almost $1.0050, its best level since September 20. Some of the buying today may be related to the 1.35 bln euro options at parity that expire today. There are almost 2 bln euro in options at $1.000 that expire Monday. The ECB meets tomorrow and on the day of three of the meetings this year, the euro has fallen (by ~0.5%-0.9%). It rose in February and in July and was virtually unchanged at the last meeting on September 8. The intraday momentum indicators are stretched and there may be some back filling in the North American session. It may have to test support at $1.000. Yesterday, sterling came within 1/100 of a cent of the $1.15 level that capped it earlier this month. It has surged to $1.1620 today, its best level since September 13. Options for almost GBP955 mln at $1.15 expire today. The next upside target is near $1.1780, but like the euro, the intraday momentum indicator is stretched, and some consolidation is likely in North America today.

The US 10-year yield peaked before the weekend near 4.33%. It reached 4.05% yesterday. The two-year yield peaked slightly above 4.63% at the end of last week and briefly dipped below 4.40% yesterday before the soft auction results. However, expectations for Fed policy have hardly changed. The implied yield of the December Fed funds futures contract settled last week at 4.18% and it closed yesterday at 4.185%. The implied yield of the June 2023 futures contract was at 4.87% at the end of last week and finished yesterday at 4.905%. Treasury sells $24 bln two-year floating rate notes today and $43 bln of five-year notes. It will also sell $33 bln in 17-week bills.

So far this week, the US saw a dismal preliminary PMI, a larger than expected pullback in August house prices, and a poor October consumer confidence report from the Conference Board. Today, we get a key bright spot for Q3 GDP, whose first estimate is out tomorrow, namely the September goods balance and wholesale and retail inventories. The US also reports September new homes sales, which after the 28.8% surge in August, like slowed sharply. Still, the takeaway is that just like Q1 and Q2 contractions were largely a function of trade and inventories so is the bounce back in Q3. However, the economy is expected to slow markedly here in Q4.

The Bank of Canada is expected to deliver a 75 bp hike. Expectations, measured by the overnight index swaps market, have been volatile lately. Recall that at the start of the month, the market was not completely convinced that it would deliver a 50 bp move. As recently as October 18, the market had discounted a little less than a 25% chance of a 75 bp move. At the close of business on Monday, the swaps market had slightly more than a 25% chance of a 100 bp move. At yesterday’s close, the pendulum of market sentiment swung to a 70% chance of a 75 bp hike. A three-quarters point hike would lift the target rate to 4.0%. The terminal rate is seen near 4.50% by the end of Q1 23.

The US dollar closed slightly above support at CAD1.3600 yesterday and has been sold to almost CAD1.35 today to test the month’s lows set on October 4-5. The five-day moving average cross below the 20-day moving average for the first time since mid-August yesterday. The next technical target is near CAD1.3465 and an option for around $515 mln expires there tomorrow. However, the greenback is oversold on a near-term basis and a bounce toward CAD1.3600 cannot be ruled out. The US dollar is at new lows for the month against the Mexican peso around MXN19.8330. It briefly dipped below MXN19.80 in the middle of last month for the first time since June. A convincing break of MXN19.80 could target MXN19.60. On a bounce, the greenback faces its first hurdle near MXN19.90.

He has been covering the global capital markets in one fashion or another for more than 30 years, working at economic consulting firms and global investment banks. After 14 years as the global head of currency strategy for Brown Brothers Harriman, Chandler joined Bannockburn Global Forex, as a managing partner and chief markets strategist as of October 1, 2018.
My articlesMy siteAbout meMy books
Follow on:TwitterLinkedINSeeking Alpha
Previous Credit Suisse to settle tax probe in France
Next The Pentagon Brought on Both Nuclear Crises