by
Marc Chandler
My articles My siteMy booksMy videosAbout me
Follow on:TwitterLinkedIN
Seeking Alpha
Summary:
Swiss Franc The Euro has fallen by 0.04% to 1.0816 EUR/CHF and USD/CHF, January 11(see more posts on EUR/CHF, USD/CHF, ) Source: markets.ft.com - Click to enlarge FX Rates Overview: Julius Ceasar is said to have “crossed the Rubicon” on January 10, 49 BCE, taking the 13th Legion into Rome, defying orders from the Senate, and precipitating the Roman Civil Wat that marked the end of the republic and the birth of the empire. Last week’s events paled in comparison despite the US President urging his supporters to march on Washington and demonstrate its strength. It was the only way the “stolen” landslide election would be secured. His personal lawyer called for “trial by combat” as the mob was fired-up. But rather than join them, as Ceasar did, the leaders

China has responded to US sanctions, protesting what it calls the “extraterritorial application” of foreign legislation. It prohibited compliance with such foreign laws. Depending on enforcement, it could put global firms in jeopardy for complying with US sanctions. It is part of the hardening of “disengagement” efforts and will force third parties to develop new strategies.

As a last-minute disruptive move, the US State Department has lifted the long-standing restrictions on US official conduct with Taiwan. The Secretary of State said US officials should not be “shackled” by self-imposed restrictions of our permanent bureaucracy. We suspect the incoming Biden administration will retain the traditional protocols. The media often says that China recognizes Taiwan as a renegade province, but the truth of the matter is, so does the US and most other countries. The US has a one-China policy, and it has not prevented the sale of sophisticated weaponry to Taiwan. The US insists reunification should be peaceful, while China reserves the right to use force if necessary to unite the country.

China reported its December inflation numbers. CPI rose 0.2% year-over-year after 0.5% decline in November. Food prices are key. Pork prices fell 1.3% after a 12.5% plunge in November. Core inflation in China rose 0.4% year-over-year. Separately, producer price deflation eased, and prices are off 0.4% from a year ago. They were off 1.5% in November. Both the CPI and PPI were firmer than economists expected. Still, ahead of the lunar new year, there does not seem to be much urgency to adjust policy. Deflationary pressures remain.

The dollar is gaining on the Japanese yen for the fourth consecutive session, and if sustained, it would be the longest advance since late September. During this period, it has surged from around JPY102.70 to JPY104.20 today. It appears to have been aided by the backing up of US yields. If the dollar is correcting the down move since the election, the JPY104.10 area is the (50%) retracement objective, and the JPY104.50 is the next retracement target (61.8%). Initial support is seen around JPY103.80. The Australian dollar is down for a third session. It peaked on January 6 near $0.7820 and carved out a low in the local session below $0.7700. The expiring option at $0.7725 today looks safe. Resistance is now seen in the $0.7730-$0.7740 area. The greenback bottomed against the Chinese yuan on January 5 near CNY6.43. It has been consolidating higher since. Today, it poked above CNY6.49. The reference rate was set at CNY6.4764, nearly spot on expectations in the Bloomberg survey.

The new week has begun quietly for Europe. The focus is on the virus as restrictions are tightened as the vaccine rollout continues. The week’s highlights include ECB President Lagarde speaking a couple of times, and the ECB’s record from last month’s meeting will be published. The aggregate November industrial production figures will also be released. Recall that last week, Germany’s report proved a little more resilient than economists expected. However, the weakness in France nearly offset the German gain. Weakness is more pronounced in the periphery. The UK reports November industrial output figures, but the highlight may be the November GDP report. The Bloomberg survey’s median forecast calls for a 4.6% month-over-month contraction, setting the stage for the double-dip that is widely expected. The contraction at the end of 2020 will likely carry-over well into Q1 21.

The euro lost about 0.4% in each of the past two sessions and is off around as much again today. It peaked on January 6 near $1.2350 and tested the $1.2155 area in Europe today. It may be challenging to resurface above $1.22 now with a nearly 880 mln euro option today expiring and a 1.3 bln euro options expiring there tomorrow. If the euro is correcting the leg up posted since the US election, as we have suggested, the first corrective target is near $1.2065. Sterling peaked a couple of sessions before the euro. It pushed a little above $1.37 on January 4. Today’s low is just below $1.3485. The (38.2%) retracement of the rally that began in early November is found near $1.3380, and the next retracement (50%) is close to $1.3280. The euro-sterling cross is a little changed just above GBP0.9000, where an option for about 715 mln euro expires today.

A light US economic calendar today features Fed President Bostic and Kaplan’s economic outlooks. It will keep the focus on Washington DC, where talk of a second impeachment continues in light of the Vice President’s reluctance to use the 25th amendment to force Trump out a few days early. Reports suggest the House may consider an article or two of impeachment. It would likely pass easily, but then it stalls as the Senate does not appear able to take it up before the new Senate takes office. Meanwhile, Biden is expected to outline his fiscal priorities later this week. We suspect that last week’s events in Washington will strengthen some bipartisan efforts, and Biden may enjoy a domestic honeymoon but not internationally. The incoming administration will be confronted quickly by Iran, China, and Russia.

The US generic 10-year yield rose 20 bp last week. That is the biggest weekly increase in the yield in more than six months. It is difficult to separate inflation expectations from supply concerns. The 10-year breakeven rose eight basis points last week to 2.07%. Treasury supply hit this week. It starts with $58 bln three-year notes today and then $38 bln 10-year, followed by $24 bln 30-year bonds. Investment-grade corporate issuance is expected to be another $20-$40 bln after $50 bln last week. The Bank of Canada updates its business outlook today, but it is a quiet week of Canadian data. The main feature is the December existing home sales and November’s international securities transactions. Neither is typically a market-mover. Mexico reports November industrial output figures today. A 0.8% gain is expected after a 2% rise was seen in October. Mexico’s recovery is hampered by the lack of fiscal support.

The US dollar recorded its low since April 2018 on January 6 near CAD1.2630. It has recovered to test the CAD1.2780 area today. There is near-term potential toward CAD1.2800-CAD1.2830. Gains through there would likely be part of a broader correction for the greenback and could signal a run toward CAD1.2965, the high from the second half of December. Initial support is now seen near CAD1.2740. The US dollar also bottomed against the Mexican peso on January 6 around MXN19.60. It recovered smartly and tested MXN20.15 before the weekend. The greenback rose to almost MXN20.21 today. We see potential toward MXN20.50 during this corrective phase. 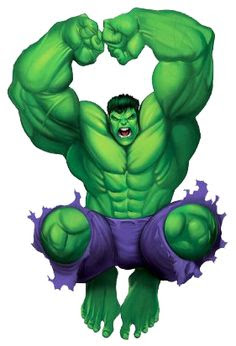 Global equity markets are off to a poor start to the week, and the dollar appears to be enjoying a safe-haven bid. Tokyo markets are closed until Wednesday, while Asia-Pacific stocks tumbled, and the regional index is unwinding last week’s gains. The Dow Jones Stoxx 600  is off around 2.7% near midday in Europe. 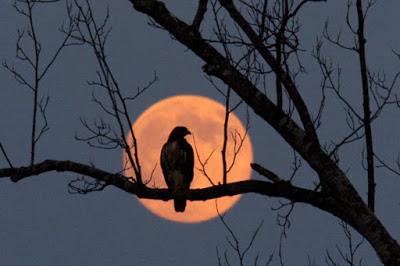 The global equity rally picked up this week as it closed in 2019. The MSCI Asia Pacific Index gained today and is up in nine of the past 10 sessions. It has fallen only in one week since the end of October. South Korea’s Kospi led today’s advance with a nearly 4% rally on the back of talks that were later played down between Hyundai and Apple.

He has been covering the global capital markets in one fashion or another for more than 30 years, working at economic consulting firms and global investment banks. After 14 years as the global head of currency strategy for Brown Brothers Harriman, Chandler joined Bannockburn Global Forex, as a managing partner and chief markets strategist as of October 1, 2018.
My articlesMy siteMy booksAbout me
Follow on:TwitterLinkedINSeeking Alpha
Previous Covid: closing Swiss schools one of most effective measures, says study
Next Fiscal Stimulus vs. Economic Growth