by
Marc Chandler
My articles My siteMy booksMy videosAbout me
Follow on:TwitterLinkedIN
Seeking Alpha
Summary:
Swiss Franc The Euro has risen by 0.04% to 1.0799 EUR/CHF and USD/CHF, February 16(see more posts on EUR/CHF, USD/CHF, ) Source: markets.ft.com - Click to enlarge FX Rates Overview: The equity rally appears undeterred by the rise in interest rates or the surge in oil prices. Led by Tokyo and Hong Kong, Asia Pacific equities advanced. China, Taiwan, and Vietnam markets remain closed. After gapping higher yesterday and extended the gains in early turnover today, the Dow Jones Stoxx 600 is consolidating. US shares are trading higher ahead of the re-opening after a long holiday weekend. The US 10-year benchmark yield is near 1.24%, almost nine basis points higher than a week ago. European bond yields are firmer. They appear to be taking their cues from

Once again, China is reportedly threatening to weaponize its rare earth capacity. Press reports warn that Beijing is mulling curbing rare earths to the US defense sector. China is the source of about 80% of US rare earths, metals, and minerals used in modern technology. Apparently, this is maybe a probing exercise to see if it can frustrate some jet fighters’ production like the F-35 and see how quickly the US can find an alternative. What is needed is not just the rare earths but the processing capacity. China has weaponized its rare earths in the past, like against Japan, nearly a decade ago. We had suggested that when this did happen, it was a “Sputnik Moment,” but alas, we noted that the vulnerability remained two years ago (here).

Iran is a leading contender as the first foreign policy challenge to the new US administration. Iran is threatening to end the voluntary participation in snap inspections of its nuclear work unless the US lifts sanctions. The Iranian parliament has given President Rouhani until February 21 to halt this type of inspection, but not all inspections. Trump withdrew from the agreement in 2018 and imposed sanctions on Tehran. Biden has expressed interest in rejoining the international agreement, but only if Iran moves back into compliance. Iran is believed to be rolling back its commitments under the agreement, including last month’s announcement that it would enrich uranium up to 20%purity, in violation of the treaty. This seems to be a reflection of internal Iranian politics as it is about foreign policy proper. The agreement was President Rouhani’s signature accomplishment. His second and last term ends in June. One way to block the path of another moderate from succeeding Rouhani is to escalate tensions with the new administration in Washington and prevent a quick return to the accord. Reports had suggested the Biden administration was considering good-faith gestures, supporting IMF lending to Iran to help combat the virus and other humanitarian aid. The Trump administration imposed terrorist-sanctions on  Iran’s central bank. This cripples Tehran, and without it being lifted, there is only so much relief that is possible.

The dollar initially extended its recent gains, pushed through the 200-day moving average (~JPY105.50), and reached almost JPY105.65 before reversing lower. A low a little above JPY105.25 was seeing in early European turnover. The JPY105.15 area is the first (38.2%) retracement of the leg up that began from around JPY104.40 on February 10. A close below JPY105.35 today would suggest a near-term top is in place. The minutes from the recent RBA meeting reiterated that officials see several years before the inflation and employment targets are met. Still, the Australian dollar extended its rally for a fourth session (and seventh in eight sessions) and briefly traded above $0.7800 for the first time in a little more than a month. The year’s high was set on January 6 near $0.7820, which it had not seen since March 2018. Initial support is seen in the $0.7770 area. Meanwhile, the greenback rebounded from the CNH6.40-level approached yesterday. When the onshore markets closed for the holiday last week, the dollar settled near CNH6.4290 and is now near CNH6.4160.

Sterling is approaching our 2021 target of $1.40 quicker than we anticipated. It has fallen in only two weeks since the end of last October (15 weeks). While reasonable people may differ on the precise driver, there may be general agreement on what is not. The movement of goods between Northern Ireland and the rest of the UK has gotten worse according to the ONS latest survey (Jan 24-Feb 7), where 35% of those seeking to import from Northern Ireland faced difficulties compared with 25% in the prior survey (Jan 11-24). The survey found that 38% reported lower import volumes from Northern Ireland. The agreement struck at the end of last year is not even two-months-old, and already there are calls to abandon it.

The winter storm ravaging the US Midwest has adversely impacted five mln Americans and nearly as many Mexicans. Power outages and rolling blackouts have been experienced. The largest US refiners have been shuttered, which impacts around a million barrels of oil production in the Permian Basin. Some 10 bln cubic feet of natural gas have also been disrupted. This may help galvanize the Biden administration’s infrastructure initiative, expected shortly after the stimulus bill next month. At the same time, it challenges Mexico’s power grid and will likely reinforce AMLO’s energy nationalist agenda.

It appears that the Biden administration will give negotiations with Republicans over the stimulus bill another couple of weeks before resorting to the reconciliation device that will allow it to pass with a simple majority in the Senate. Assistance to state and local governments may be the key issue to watch. Romney said it was the main obstacle. It is slightly ironic in the sense that the Republicans hold a majority of governorships and state legislatures. Many of them seem to want a piece of the $350 bln that Biden’s stimulus plan earmarks for state and local governments. The may still be some of the $150 bln funds made available under the earlier CARES Act, but conditionality (only to be used for direct Covid expenses) limited its use.

To the chagrin of some of our partisan friends, we have noted the continuity of US foreign policy from Obama to Trump and now Biden in terms of growing confrontation with China and hostility to the Nord Stream II pipeline. The WTO is a different matter. Biden immediately dropped Trump’s objection to Okonjo-Iweala’s candidacy to lead the WTO. She is the first woman, African, and American to assume the post (dual citizenship Nigeria/US). Imagine how divided the world appears, yet she won with the unanimous support of the 164 members. The most immediate issue is reanimating the appellate process, which the Trump administration had effectively blocked. It is not clear if the Biden will demand some concession. Two trade issues also reportedly will be high on the agenda. E-commerce is estimated to be a $26 trillion industry. If it will not fragment or provide new terrain for tax/regulatory arbitrage, then an international agreement is necessary. There is also scope for an agreement on ruinous fishing subsidies. Modernizing rules on industrial subsidies, the role of state-owned enterprises, and forced technology transfers will likely need more groundwork before new policies can emerge, and Okonjo-Iweala seems ready to begin that process.

Both Canada and the US report December portfolio flows today, but these reports tend not to be market-movers. The Empire State manufacturing survey for February, among the first economic readings for a new month, is on tap, and it poses some headline risk. Four Fed officials speak throughout the day, ahead of tomorrow’s release of the minutes from last month’s meeting. Canada also reports January existing home sales. Outside of weekly reserve data, Mexico’s calendar is light.

The US dollar is weaker for the third consecutive session against the Canadian dollar, but the downside momentum appears to be stalling near CAD1.2600. Recall that last month, the US dollar briefly dipped below there for the first time since April 2018. It reached a high of around CAD1.2880 before trending lower here in February. The CAD1.2660 area offers the nearby cap. The greenback’s downside momentum against the Mexican peso appears to be faded as well. In recent sessions, it has found a bid near MXN19.90. The pre-weekend high was a little below MXN20.08, and a move above there now would lend credence to ideas that a near-term low is in place. 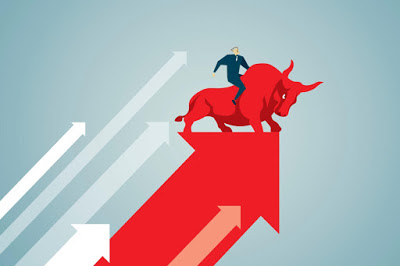 FX Daily, February 9: Players are Not Buying Everything Today

The rally of US benchmarks to new record highs helped lift most Asia Pacific markets today, but the bulls are pausing in Europe, and there has been little follow-through buying of US shares.  Australia, South Korea, and Indonesia did not participate in today’s regional advance led by a 2% rally in China’s main indices.

Global equities are snapping back today, while the greenback retained the strength seen last week that was attributed to safe-haven flows. The MSCI Asia Pacific Index snapped a four-day decline led by Hong Kong, South Korea, India, and Indonesia. 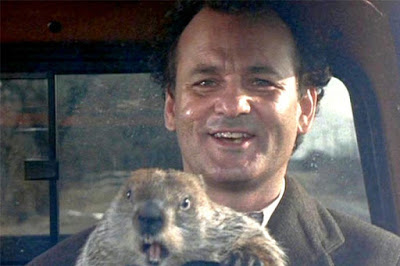 He has been covering the global capital markets in one fashion or another for more than 30 years, working at economic consulting firms and global investment banks. After 14 years as the global head of currency strategy for Brown Brothers Harriman, Chandler joined Bannockburn Global Forex, as a managing partner and chief markets strategist as of October 1, 2018.
My articlesMy siteMy booksAbout me
Follow on:TwitterLinkedINSeeking Alpha
Previous Hear Swiss stories for the world on The Swiss Connection podcast
Next Residential property prices continue to rise