by
Marc Chandler
My articles My siteAbout meMy booksMy videos
Follow on:TwitterLinkedIN
Seeking Alpha
Summary:
Swiss Franc The Euro has fallen by 0.25% to 1.1053 EUR/CHF and USD/CHF, April 5(see more posts on EUR/CHF, USD/CHF, ) Source: markets.ft.com - Click to enlarge FX Rates Overview: Many financial centers in Asia and Europe remain closed for the extended holiday. Although several markets that were open were higher in the Asia Pacific region, India was an exception as a record contagion sent stocks down the most in five weeks.  US futures are pointing higher, led by the Dow, while the NASDAQ lags. The US 10-year yield is little changed after surging before the weekend on the back of the stronger than expected employment report. It is hovering around 1.71%. The dollar is narrowly mixed.  Sterling is the strongest, rising above last week’s high and knocking on

When the IMF announces its updated forecasts tomorrow, there will likely be two drivers. The US fiscal stimulus is significant, and so is the recovery of China’s economy.  The weakness seen in China’s service PMI readings was attributed to uneven recovery that favored supply over demand.  That was partly a reflection of asynchronous activity.  The service PMI has picked up, and this could signal that the world’s second-largest economy is seeing a broadening of economic activity.

Separately, the State Administration of Foreign Exchange report last year’s capital inflows. They were nearly evenly divided between direct (~$265 bln) and portfolio ($255 bln). That said, note that direct investment may include retained earnings, not just acquisitions or greenfield investment.  While direct investment rose by 14%, portfolio flow surged by 73%, as global benchmarks including China’s asset market.  Flows into the bond market dominated portfolio flows, rising 86% to $190.5 bln.  Foreign investors bought more than $64 bln of Chinese shares.   However, China is also a larger exporter of savings too, and SAFE reported that China’s financial accounts were in deficit for the first time since 2016.  There are three channels.  First, Chinese investors are diversifying savings offshore, buying foreign bonds and stocks.  Second, there is outbound foreign direct investment, and third, banks have expanded their foreign loans and deposits.

Saudi Arabia feels sufficiently confident in the outlook for Asia’s recovery that it announced it will boost prices next month.  Aramco will raise the premium over the benchmark for Arab light by 40 cents to $1.80.  The increase is a little more than expected.  On the other hand, Aramco announced it was cutting the premium to Europe by 20 cents.  The 10-cent cut in the premium on most oil grades sent to the US may say something about the competitive environment.

The dollar is in a narrow range against the yen (~JPY110.50-JPY110.75) as the market consolidates recent gains.  There is an option at JPY111.00 for $460 mln that expires today.  The pre-weekend low was a little below JPY110.40.  The Australian dollar has fallen in five of the past six weeks but is flattish today, near $0.7620.  Resistance is seen around $0.7640, and initial support near $0.7600 has been tested.  The offshore yuan is quiet, with mainland markets closed but a touch lower for the third consecutive session.  It has fallen for the past two weeks.

While France’s survey data is holding up better than expected, the government chopped this year’s growth forecast to 5% from 6% due to the tighter social restrictions.  Macron, well aware of his slump in the opinion polls, wanted to avoid a new nationwide lockdown.  The mutations and spreading contagion have proved too much.  The French economy contracted by a little more than 8% last year.  Maron may have also been assuming funds from the EU.  At the end of March, the German constitutional court stepped in to hear a challenge after the EU plan was widely supported in both chambers of parliament.  The process is paralyzed for at least the time being, and this means that countries, including France, cannot count on the assistance.

The UK is about to enter a new phase in combatting the virus.  In a speech later today, Prime Minister Johnson will launch a program to encourage everyone in England to take a coronavirus test every two weeks.  Free kits will be widely available. Nearly all adults have had at least one jab (31.5 mln).  The next phase in lifting social restrictions is set for a week from today.  A covid-status certification (“passport) will be developed and could help expedite the re-opening of sporting events, theater, and clubs.

Turkey reported inflation accelerated last month.  The 1.08% increase in March follows the 0.91% increase in February.  The year-over-year rate stands at 16.19%, up for the sixth consecutive month and the highest level July 2019.  The core rate is even higher at 16.88% and more than 0.5% above expectations.  Producer prices also soared.  The 4.13% monthly gain was near twice expectations and lifts the year-over-year rate to 31.2%.  Rising energy prices and the weak lira appear to be the main culprits.  Separately,  military officers reported pushed back against President Erodgen’s Black Sea policy.  After pulling out of the international convention to protect women last month, there is suspicion that Erdogan is considering withdrawing from a 1936 treaty that regulates passage from the Mediterranean to the Black Sea.  At least ten former admirals were detained. The lira is a little firmer today. It fell by 10% last month following the former governor of the central bank’s dismissal after a 200 bp rate hike.  Today’s inflation report will make it harder to reduce rates at the April 15 CBRT meeting.

The March US employment data quantified what we have all known, and that is that the world’s largest economy is accelerating.  The 916k increase in non-farm payrolls was well above most expectations, and the January and February job growth was revised higher (+156k).  The report, coupled with the surge in auto sales (17.75 mln, two million more than in February and more than million above the median expectation in Bloomberg’s survey), likely sets the tone for the upcoming high-frequency data.  Moreover, the early projections call for job growth to possibly continue to accelerate this month as the vaccine rollout broadens and more people return to their jobs.  The US lost about 22.4 million jobs last spring, and roughly 14 mln people have returned to work.  That leaves employment around 8.4 mln lower than in February 2020.

Interest rate futures appeared more volatile than usual after the employment report, which when the equity market is closed may not be surprising.  Of note, the December 2022 Eurodollar futures contract was sold aggressively, and the implied yield settled at 56 bp, the highest in a year.  The June 2021 contract implies a 17.5 bp yield.  This would seem to be consistent with a rate hike, which the median Fed forecast does not expect until after 2023, by the end of next year.  The December 2022 Fed funds futures contract implied a 31.5 bp yield, up from 12.5 bp implied in this month’s contract.

Today, the US economic calendar is busy with the final Markit services and composite PMI, the ISM services, and factory and durable goods orders.  Only the ISM represents new news, as the flash PMI and preliminary durable goods orders steal most of the thunder.  The conviction that the US economy is accelerating will not be challenged by high-frequency data given the strength of the employment data, auto sales, and fiscal stimulus in the pipeline.  Canada has a light week of data, but what it does report is important.  In addition to trade and IVEY’s PMI, it reports March jobs data.  Another robust report could fuel speculation that the Bank of Canada could change its forward guidance regarding its asset purchases (at the April 21 meeting).  Mexico reports worker remittances (larger than its trade surplus) and the manufacturing PMI (remains below 50 boom/bust level).  The week’s highlight is the monthly CPI report on April 8.  It is likely to confirm the bi-weekly readings that put inflation above the central bank’s 2%-4% and encouraging investors to give up ideas of another rate cut.

The Canadian dollar is edging higher today after slipping ahead of the weekend.  The US dollar recorded its low for last week just before strong US employment figures near CAD1.2530.  Resistance was encountered ahead of CAD1.2600 before the weekend and earlier today.  A retest on the CAD1.2530 area, and possibly CAD1.2500, is likely in the next day or two.  Meanwhile, the greenback took out March’s lows against the Mexican peso last week, but the downside momentum is stalling near MXN20.26-MXN20.27.  A move above MXN20.35 could signal a move toward MXN20.50. The US dollar fell by about 1.3% against the peso last week. 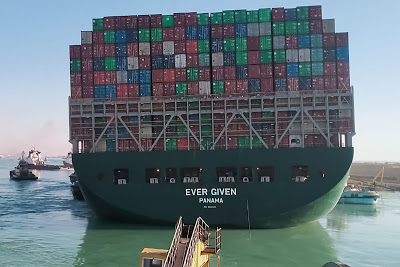 Despite a soft close in US indices yesterday, global shares are on the march again today.  Led by China and Hong Kong, most large markets in the Asia Pacific region advanced today.  Officials gave approval for a new game from Tencent, which helped lift the Hang Seng.

Overview:  After rallying strongly to start the year, Asia Pacific equities, led by the high-flying Hang Seng, sold-off, led by Tencent.  Most markets in the region were off at least 1%.  Australia and India escaped the profit-taking due to holidays.  Europe’s Dow Jones Stoxx 600 is faring better and looks poised to snap a two-day fall, led by materials, financials, information technology, and consumer staples.

The near-record rallies seen in the major equity markets in November may have contributed to the month-end drama yesterday. There has been no follow-through activity. Stocks bounced back, and the US dollar is heavy, with few exceptions.

He has been covering the global capital markets in one fashion or another for more than 30 years, working at economic consulting firms and global investment banks. After 14 years as the global head of currency strategy for Brown Brothers Harriman, Chandler joined Bannockburn Global Forex, as a managing partner and chief markets strategist as of October 1, 2018.
My articlesMy siteAbout meMy books
Follow on:TwitterLinkedINSeeking Alpha
Previous Switzerland asks EU for exception to vaccine export rules
Next Planned Chaos in Immigration