Fed Recommits to Misleading the Public About Inflation

by
Stefan Gleason
My articles My booksMy videos
Follow on:
Summary:
Did the Federal Reserve just usher in the next phase of the U.S. dollar’s decline? On Wednesday, the central bank recommitted to leaving its benchmark interest rate near zero for the foreseeable future. Fed officials also vowed to keep pumping cash into financial markets. Following Fed chairman Jerome Powell’s remarks, the wavering U.S. Dollar Index turned down – hitting a fresh new low for the year. Gold gained modestly on the day while silver got a bigger boost to close solidly above /oz, promptly heading to /oz the day following. Precious metals markets have been basing out over the past several weeks. They are struggling to attract safe-haven demand amid record runs in stocks and Bitcoin. How sustainable the bull market in equities will be heading into

Did the Federal Reserve just usher in the next phase of the U.S. dollar’s decline?

On Wednesday, the central bank recommitted to leaving its benchmark interest rate near zero for the foreseeable future.

Following Fed chairman Jerome Powell’s remarks, the wavering U.S. Dollar Index turned down – hitting a fresh new low for the year. Gold gained modestly on the day while silver got a bigger boost to close solidly above $25/oz, promptly heading to $26/oz the day following.

Precious metals markets have been basing out over the past several weeks. They are struggling to attract safe-haven demand amid record runs in stocks and Bitcoin.

How sustainable the bull market in equities will be heading into 2021 remains to be seen. Investors are pricing in a strong vaccine-driven economic recovery aided by monetary and fiscal stimulus – all with little to no inflation consequence.

The Fed vowed in its policy statement yesterday to continue with $120 billion in monthly purchases of U.S. Treasuries and government-backed securities “until substantial further progress has been made toward the Committee’s maximum employment and price stability goals.”

Of course, households whose wealth is heavily invested in the stock market have been able to keep up with rising living costs. Surging stock valuations are just another symptom of surging money supply figures (inflation).

The Fed is helping to fuel hopes for a “Goldilocks” scenario to take shape next year. The central bank now forecasts economic growth next year to come in at 4.2% (versus a previous forecast of 4%). It projects the unemployment rate will drop to 5% in 2021 and inflation will remain officially below target at 1.8%.

What could go wrong? Plenty.

The Fed’s inflation forecasts are based on a faulty gauge of “core” price levels to begin with – one that understates real-world costs for most households. Even if the Fed continues to report inflation being below 2%, other indicators may tell a different story.

In the event the economy does recover strongly as the coronavirus fades away by the spring, a lot of pent up, stimulus-enhanced demand could trigger a surge in commodity prices. That could hurt business profitability and ultimately translate into rising consumer costs.

What has kept inflation at bay relatively speaking this year is that millions of Americans are literally hunkering down, causing economic activity and money velocity to slow.

Meanwhile, the feedstock for future inflation – money supply itself – is going up at a frantic pace.

From stimulus checks to Wall Street bailouts made possible by a ballooning Fed balance sheet, never before have so many trillions of dollars been injected into the economy.

An estimated 20% of all dollars that have ever been created in America’s history came into existence (out of nothing) this year.

What will happen when businesses and consumers see a green light to spend and invest after all the COVID restrictions are lifted nationwide? A huge supply of dollars currently sitting idle could suddenly start chasing a more limited pool of raw materials and finished products.

A reigniting of inflation fears would be a huge catalyst for the next major upleg in precious metals markets.

That could be a few months away, however.

In the meantime, gold and silver are coiling up and presenting favorable buying opportunities that may not last for long.

Metals markets can move well in advance of any inflation problem becoming apparent to stock market investors or the financial media. That’s why it’s prudent to be invested in hard money before it becomes trendier – and more expensive – to hold.

The global coronavirus pandemic has accelerated several troubling trends already in force. Among them are exponential debt growth, rising dependency on government, and scaled-up central bank interventions into markets and the economy.
Central bankers now appear poised to embark on their biggest power play ever.

Swiss refiners — chief among them Valcambi — are under scrutiny due to the high risk of conflict gold originating in Africa entering their supply chain via the United Arab Emirates. Two parallel NGO reports on the subject were published on Thursday. 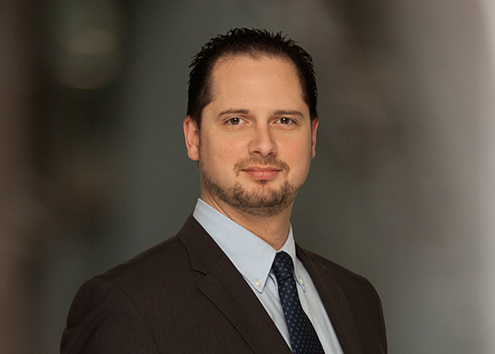 You cannot print your way to prosperity – Part II

Looking at the damage inflicted upon supply chains, production facilities and global trade in particular, how quickly could these operations snap back even if all COVID-related restrictions were lifted tomorrow? Do you think we’ll eventually get back to business as usual, or have we now experienced a permanent shift to a “new normal”?

Outlook and wider impact. As showcased during the debates and in the entire campaign rhetoric, politicians in the US but also in Europe, are solely focused on promoting solutions that only serve to paper over the problems and address the symptoms of the disease.

The Brexit deadline of December 31st, the date beyond which the transition or implementation period cannot be extended, now looms large and the dreaded “No-Deal” Brexit outcome looks increasingly possible by the day.

What is “The Great Reset” and How to Prepare

In Episode 16 of The Goldnomics Podcast, Stephen Flood, Mark O’Byrne and Dave Russell discuss “The Great Reset” and how it could impact investors, what they can do now to prepare themselves and their finances and the role that gold plays in protecting your wealth.

Listen or watch the podcast here

Subscribe to The Goldnomics Podcast on Youtube or listen on iTunes or Soundcloud or wherever you consume your podcasts!

The US accuses Switzerland of currency manipulation