FX Daily, June 17: Correction Phase does not Appear Over

by
Marc Chandler
My articles My siteMy booksAbout me
Follow on:TwitterLinkedIN
Seeking Alpha
Summary:
Swiss Franc The Euro has fallen by 0.48% to 1.066 EUR/CHF and USD/CHF, June 17(see more posts on EUR/CHF, USD/CHF, ) Source: markets.ft.com - Click to enlarge FX Rates Overview: Investors have not yet completely shaken off the angst that saw equities slide last week. All equity markets in the Asia Pacific region, but Japan, edged higher today, including China, India, and South Korea, where political/military tensions are elevated. Europe followed suit, and the Dow Jones Stoxx 600 is firm near yesterday’s highs. It has entered but not yet filled the gap created by the sharply lower opening on June 11. The S&P 500 is in the same position. It is firm, but last week’s gap extends to 3181.50 and has not been filled. We are not convinced that the corrective forces

China and India are having problems with their neighbors and each other. It is this latter conflict that has bubbled over first. The seven-week intensified stand-off between the two turned deadly in recent days. There is still great restraint, but the Sino-Indian rivalry is likely entering a new and more intensive phase. It is also a useful reminder to those who see China as a global hegemon. Sure, it needs to dominate the continent first, and although it is a significant trade partner for many, its projection of political influence is not unchecked.

Beijing is seeing a new rise in the virus and has moved from level 3 to level 2 response. Movement in and out of the city is restricted, and schools return to virtual classrooms. While Beijing had nearly eradicated the virus, a different story is emerging in the US. Many are flattering themselves with the idea that some states like Florida and Texas are also experiencing a second-wave. But it seems that the increased cases are still part of the first wave, which was not fully dealt with prior to the re-openings.

Japan’s May trade deficit was smaller than expected at JPY833.4 bln. Exports fell 28.3% from a year ago after April’s nearly 22% decline. Auto exports to the US and Europe slumped. Exports overall to the US were off 56% but only 1.9% to China.  Imports fell 26.2% in May after a 7.1% decline in April. The median forecast in the Bloomberg survey called for a 20.4% decline. Energy (price?) and consumer goods imports (clothes from China) fell. Supply chains appear to be slowly coming back online, and this was also the signal from Singapore’s trade figures. As an entrepot, Singapore’s trade data often is seen reflecting regional trends. Its non-oil exports fell 4.5% year-over-year, better than the 6% decline anticipated after falling 5.1% in April. Electronic exports surged 12.5%. The median forecast was for a 2.5% increase after a 0.6% decline in April.

The dollar has been confined to a little more than a quarter a yen range today below JPY107.50, where a roughly $365 mln option is set to expire. A $1.1 bln option at JPY107.25 also expires today. The Australian dollar is trading within yesterday’s range. The session high was recorded near $0.6925 in late Asia, but selling pressure in early Europe has pushed it back toward $0.6885. Initial support is seen in the $0.6835-$0.6850 area. Hong Kong officials continue to defend the band, but pressure may ease shortly as Hong Kong rates have eased relative to US rates, and the IPO-related demand may also be nearly complete. The PBOC’s reference rate for the dollar was slightly lower than the bank models, and the greenback remained within the ranges seen Monday and Tuesday.

The UK’s May CPI figures were mostly in line with expectations, and in any event, will not be much of a factor at tomorrow’s Bank of England meeting, which is widely expected to result in an extension of its bond-buying program. A GBP100 bln increase is the minimum, but a GBP200-GBP250 bln increase seems more likely. The preferred measure of UK CPI includes owner-occupied housing costs, and it rose 0.7% year-over-year in May after a 0.9% increase in April. The core measure ticked down to 1.2% from 1.4%.  It is the lowest in four years. Deflation in producer prices continues to be experienced. Input prices were 10% lower than a year ago, while output prices were off 1.4%.

Today is so far the first session in two weeks in which the euro has not traded above $1.13, where an 825 mln euro option is set to expire. It is near the recent lows around $1.1225, and last week’s low was a little lower (~$1.1215). A break signals a move toward $1.1150-$1.1175 initially. Note that Merkel has reiterated her caution that an agreement on the Recovery Fund is unlikely at this week’s EU Summit (conference call on June 19). Sterling reversed lower from almost $1.2690 yesterday, and follow-through selling has pushed it to about $1.2535 in the European morning. A trendline drawn off the March and May lows comes in today near $1.2415 and $1.2430 tomorrow.

US retail sales jumped 17.7% in May, more than twice what the median forecast in the Bloomberg survey anticipated, and the April slump was revised to -14.7% from -16.4%.  This bodes well for next week’s report personal consumption, which is a considerably broader measure. The early call was for around a 5% increase, but after the retail sales report, economists will likely revise up their forecasts. The components used for GDP calculations rose by 11%, which was also twice the projection. The Atlanta Fed’s GDP tracker now projects a 45.4% contraction in Q2 at an annualized pace rather than 48.5% it saw a week ago. When combined with the poor industrial production figures (1.4%, half the median forecast and a downward revision to -12.5% from -11.2%) suggests that demand was met out of inventories. Business inventories fell by 1.3% in April.  As we have noted before, the change in GDP may look like a “V,” but the level of GDP will likely be much flatter.

Weak pre-existing conditions and poor policy response to the Covid crisis is delivering a massive blow to the Brazilian economy. Yesterday’s news of a 16.8% month-over-month drop in retail sales (17.5% decline with a broader measure that includes parts and vehicles) provides a backdrop for today’s central bank meeting. Recall that Copom cut the Selic rate target by 200 bp to 4.50% in H2 19. It now sits at 3.0%, following a 75 bp cut in May. At the time, most had expected a 50 bp move. It had had not cut by more since 2018. This time, economists recognize the more aggressive Another 75 bp cut is widely expected, which would exhaust the room the central bank had identified previously. The main focus is whether the increased deflationary impulse, which includes the 9% appreciation of the Brazilian real since the last meeting, it sees scope for additional rate cuts or whether it needs to innovate.

Overview: The swing in the pendulum of market sentiment toward fear from greed began last week and has carried over into today’s activity.  Global equities are getting mauled.  In the Asia Pacific region, no market was spared as the Nikkei’s 3.5% drop, and South Korea’s 4.7% fall led the way.  In Europe, the Dow Jones Stoxx  600 is recovering from a more than two percent early loss,  as it drops for the fifth time in the past six sessions. 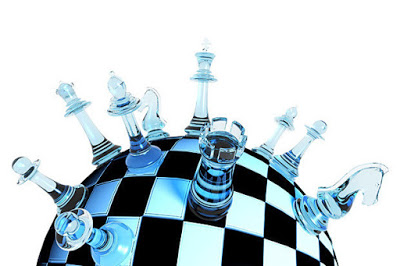 Overview: The global capital markets have yet to stabilize amid heightened geopolitical tension. Even though the US stock market finished last week off its lows, the sell-off continued in the Asia Pacific region. Japan’s markets re-opened after an extended holiday, and the yen, at three-month highs, saw the Nikkei sell-off nearly 2%. Several markets in the region lost over 1%, including Taiwan, India, Thailand, and Indonesia. Europe’s Dow Jones Stoxx 600 is off about 1.3% in late morning turnover.  US stocks are trading heavily, and the S&P 500 is poised to gap lower.

Overview: It is only a US holiday today, but the global capital markets are subdued. In the Asia-Pacific region, equities traded lower with China and Hong Kong, the main advancers. The MSCI Asia Pacific Index has fallen in only two weeks since the end of last November, and that was during the last two weeks of January. Europe’s Dow Jones Stoxx 600 slipped in the previous two sessions but is recouping the losses fully today.

He has been covering the global capital markets in one fashion or another for more than 30 years, working at economic consulting firms and global investment banks. After 14 years as the global head of currency strategy for Brown Brothers Harriman, Chandler joined Bannockburn Global Forex, as a managing partner and chief markets strategist as of October 1, 2018.
My articlesMy siteMy booksAbout me
Follow on:TwitterLinkedINSeeking Alpha
Previous SoftBank invests in Credit Suisse funds financing technology bets
Next Keynesians on the Cause of, and Cure for, Depressions