G7 to Deliver a Nothing Burger

by
Marc Chandler
My articles My siteMy booksAbout me
Follow on:TwitterLinkedIN
Seeking Alpha
Summary:
A Bloomberg article about the weekend G7 meeting says, “multilateralism is dead.”  An op-ed in the Financial Times suggests that the most important political alliance may be “rejuvenated” at the G7 meeting.  The truth is likely found somewhere in between.  Economic nationalism, personalities of (some) of the leaders are not conducive to deepening or broadening cooperation among the leading market economies.  At the same time, the G7 is an expression of multilateralism at its best, but multilateralism is bigger than the G7.  Indeed the G7 is best understood, in the current era, as a caucus within the G20. The “communist threat” both real and imagined helped suppress the intra-capitalist rivalries that had characterized the first half of the 20th century.  The 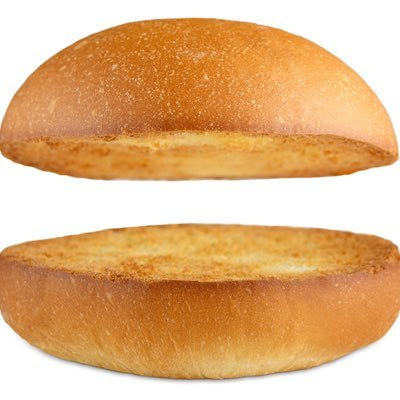 A Bloomberg article about the weekend G7 meeting says, “multilateralism is dead.”  An op-ed in the Financial Times suggests that the most important political alliance may be “rejuvenated” at the G7 meeting.  The truth is likely found somewhere in between.  Economic nationalism, personalities of (some) of the leaders are not conducive to deepening or broadening cooperation among the leading market economies.  At the same time, the G7 is an expression of multilateralism at its best, but multilateralism is bigger than the G7.  Indeed the G7 is best understood, in the current era, as a caucus within the G20.

The “communist threat” both real and imagined helped suppress the intra-capitalist rivalries that had characterized the first half of the 20th century.  The collapse of the Soviet Union allowed the divergent interest to find new expression.  Economic competition also intensified.  Besides often playing an obstructionist role in the European Union, the UK successful promoted a broadening strategy rather than one that emphasized deeper integration.  As more countries joined, unanimity in decision-making was cumbersome, and qualified majority voting replaced it.

Nothing fails like success, they say, and the success of the UK strategy meant the loss of its veto in many areas.  Many in the UK argue that it was the EU that changed, not the UK, but when the UK had an effective veto, it may have gotten its way more.  After leading the UK into the European Union, and later the European Exchange Rate Mechanism, the Tories led the UK out of the ERM and now the EU.  France formally, and Germany less formally, see a no-deal exit as the most likely scenario.

To be sure Europe’s problems extend beyond Brexit, and a disruptive departure at the end of October will aggravate them.  The economic headwinds are three-fold.  First is the auto sector, especially Germany,  It over-relied on diesel and China.  China’s environmental regulations for autos was implemented earlier than projected.  Coupled with a weakening of the Chinese economy due to its own internal dynamics and the trade conflict with the US, Chinese vehicle sales have fallen for 13 consecutive months through July.    The German economy has contracted in two of the past three quarters, and the Bundesbank warns that it may be contracting the current quarter.

Merkel may be among the most astute politicians of our generation, but the “black zero” has been achieved in fiscal policy by starving the economy.  The state of disrepair of the physical infrastructure has been well-documented.  What is arguably less appreciated is that businesses have done the same thing.  Starvation diets.  The capital stock per employee is at 2002 levels.  Germany, once the locomotive of Europe, is sputtering and falling behind in the knowledge sectors and in the areas that are patent-intense.  Contrary to conventional wisdom, its trade surplus is not merely a sign of its competitiveness but the under-investment at home.

Italy’s Prime Minister resigned this week.  It may not be apparent by the G7 meeting what is going to happen next.  President Mattarella is allowing a few days to see if a new government can secure a major of support in the existing parliament before agreeing to early elections.   Italy’s significant government debt and banks’ bad loans leave little tolerance for uncertainty.  There are some difficult choices to be made soon regarding the 2020 budget and an alternative to a VAT hike next year. There is less discussion of measures to support the economy, where slow growth makes everything more difficult.

Japan’s economy grew faster than expected in the past two quarters, but not to worry, Abe will fix that.  The sales tax will be raised from 8% to 10% on October 1, and whenever it has been hiked in the past, it has resulted in economic dislocation.  Between the slowing of the Chinese economy, the Sino-American trade conflict, and the disruption in the semiconductor space, Japan’s manufacturing PMI has been below the 50 boom/bust level since April.

Strong US leadership managed to suppress the unresolved animosity between Japan and South Korea.  Nationalist governments in both countries have been engaged in a tit-for-tat cycle for a couple of months and are escalating.  South Korea announced that it would not renew the intelligence-sharing agreement with Japan.  The G7 will have little to say and less influence on this thorny problem.

How the disruptor-in-chief resides in the White House and the trade conflict with China ranks among the more important headwinds to the global economy.  President Trump claims that Europe is worse than China on trade, but it is smaller.  Perhaps some of it can be dismissed as hollow after Trump has also accused the Federal Reserve (and the media) as being a greater problem for the US than China itself.  Trump has not yet directed much of his attention to Europe, though he did cancel his planned trip to Denmark after the informal offer to buy Greenland was informally rebuffed.  Nevertheless, he recently renewed his threat to levy a tariff on imported cars/parts.  The US may still be a month or so away from announcing it retaliation to the French digital tax.

While the G7 central banks are widely expected to cut rates over the next month or two, fiscal policy is stirring.  Japan may offer a supplemental budget for the second half of the fiscal year that starts in October (and the sales tax increase).  The UK’s purse strings have opened.  Part of the US economic slowdown is a result of the fiscal stimulus of the tax cuts wearing off.  Offering a payroll saving tax break or making permanent middle-class tax cuts would likely add to the US deficit, but it would also put the Democrats in an awkward position.  How can they oppose it or give the President a pre-election victory?  Trump appears to have denied such intentions, but the political logic may be compelling, especially if the tax increase on imports slows the economy.

Nearly everyone and their sister have criticized Germany for its tight-fisted fiscal policy.  However, now that the economic slowdown is palpable, Germany’s attitude is moderating.  Of course, there is only so much than can reasonably be expected from a country where debt and guilt are the same word.  The CDU  (and SPD) are unlikely to do particularly well in the upcoming state elections, and that too may spur some reconsideration of fiscal policy. Merkel may also look for a replacement to her hand-picked success AKK (Annegret Kramp-Karrenbauer).  Germany’s challenges are also not amenable to G7 action.

Macron, the host of the G7 summit, has decided to break from tradition and avoid even trying to cobble a joint statement. In an attempt to turn the necessity into a virtue, he claimed no one really reads it anyway.   The problem is the one-time leader, the US has picked a fight with nearly each of the other members.  Yet it is too early to say that the US has abandoned multilateralism.  It is at a low ebb to be sure, but 2020 (or 2024) elections could see the US return to the broad course it pursued since the end of WWII.

President Trump has suggested that Russia should rejoin the G7.  Macron held out the possibility if Russia changes its behavior in Ukraine, which is why it was dis-invited in the first place.  However, it is not Russia, but it is China that is the 800-pound gorilla in that is not in the room.  The US heads the G7 next year and hosts the summit.  Don’t be surprised if the US uses its discretion in a disruptive way.

He has been covering the global capital markets in one fashion or another for more than 30 years, working at economic consulting firms and global investment banks. After 14 years as the global head of currency strategy for Brown Brothers Harriman, Chandler joined Bannockburn Global Forex, as a managing partner and chief markets strategist as of October 1, 2018.
My articlesMy siteMy booksAbout me
Follow on:TwitterLinkedINSeeking Alpha
Previous FX Daily, August 23: Market has Second Thoughts on Magnitude of Fed Cuts Ahead of Powell
Next Swiss health insurers to send patients to pharmacy first