Austerity: A Real Solution to Help Heal the U.S. Economy

by
Mark Thornton
My articles My booksMy videos
Follow on:
Summary:
Austerity works. We know what it is and don’t like it, but it works. It usually means cutting your consumption and spending, paying down your debts, pawning assets, and working more hours to restore your economic situation. You might invoke “austerity” because you lost your job, your house burned down, or you have an unexpected child on the way. You might take similar actions if the economy was in crisis. It’s essentially the same thing as cutting expenses to save for a down payment on a house, paying for a child’s education, or accumulating a fund for retirement. Companies do likewise; delaying expansions, laying off workers, cutting expenditures, working longer hours, and selling off assets. The accounting aspect of the problem is straightforward: cut expenses, 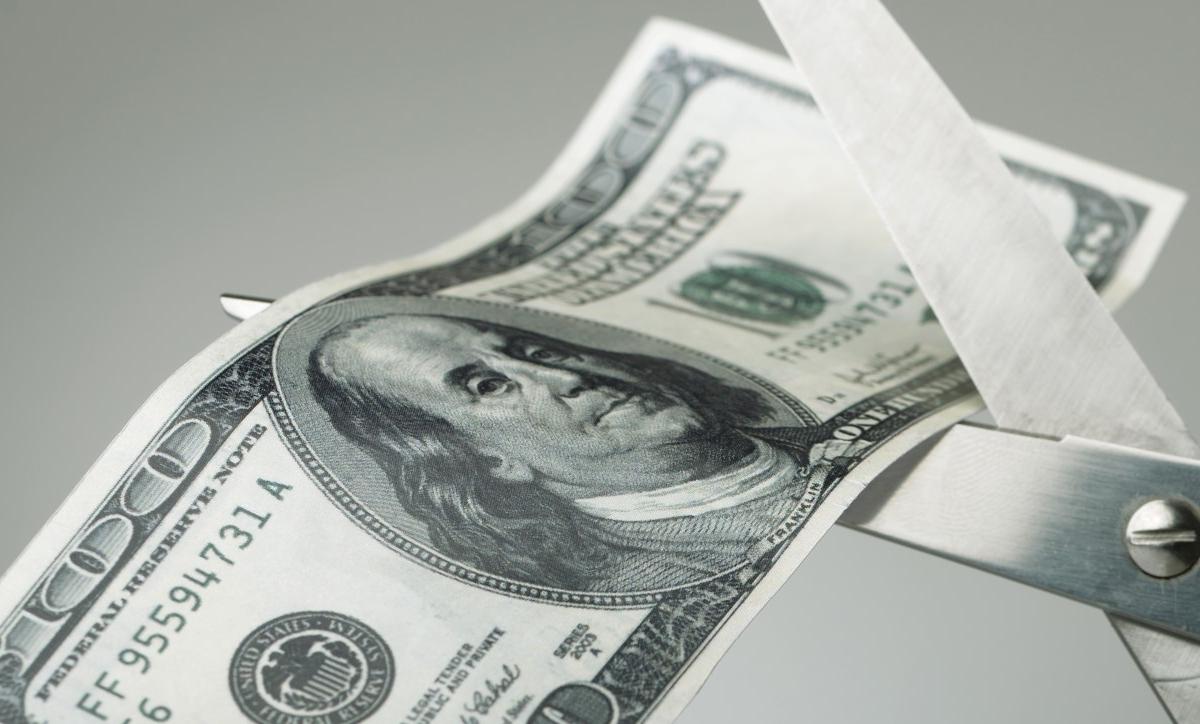 Austerity works. We know what it is and don’t like it, but it works. It usually means cutting your consumption and spending, paying down your debts, pawning assets, and working more hours to restore your economic situation.

You might invoke “austerity” because you lost your job, your house burned down, or you have an unexpected child on the way. You might take similar actions if the economy was in crisis. It’s essentially the same thing as cutting expenses to save for a down payment on a house, paying for a child’s education, or accumulating a fund for retirement.

Companies do likewise; delaying expansions, laying off workers, cutting expenditures, working longer hours, and selling off assets. The accounting aspect of the problem is straightforward: cut expenses, increase revenues, pay off debt, and balance your budget.

In recent decades, the term has been increasingly applied to governments reacting to revenue shortfalls, burgeoning debts, credit downgrades, and creditor mandates. Although painful, austerity works fine and dandy for individuals and companies, but there can be a big problem when it is applied to government. This article explains how austerity works to solve economic and government problems and how politicians and bureaucrats undermine the process and the economy, for their personal enrichment. This will codify the proper meaning of the policy and undermine the opponents of austerity who directly benefit from government largesse. Austerity is the muscle behind the economic recovery process.

Rob Parenteau, of The Richebacher Letter, coined the phrase “Austerian” economics to describe the penchant for austerity policies, like budget cutting and deflation, that are often advocated by Austrian School economists. Paul Krugman, the uber driver of modern Keynesianism, uses the phrase regularly, considers it a dangerous delusion, a collapsed ideology, and its intellectual case bankrupt. Hyperbole aside, the phrase is an attempt to chide advocates with a play on words that combines the policy recommendations for austerity with the Austrian school of economists who support such remedial policies.

Most bureaucrats, economists, and politicians abhor the idea of cutting government budgets for any reason and prefer generous and rigorously funded budget increases all the time. Here, the normal reluctance and even embarrassment of individual austerity morphs into a calamity against humanity when applied to governments. What the individual realizes as a path to self-improvement, is taken as intolerable by politicians and bureaucrats. It is only a last resort.

For example, “Austerity” policies can involve tax cuts and tax increases. Tax cuts lead to an increase in the production of economic goods, like food. In contrast, tax hikes can lead to an increase in revenues in the short run and might be able to increase the production of non-economic goods, such as space shuttles, but they undermine economic recovery and the standard of living. Hikes can even increase GDP in the short run, such as during wars, but tax cuts will increase the production of goods, prosperity, and the standard of living, which will be reflected in GDP, over the long run.

A proper austerity policy package contains tax cuts, but not tax increases, or new types of taxes. If left to politicians and bureaucrats, an austerity package tends to be big on tax increases and small on tax cuts, with no taxes permanently eliminated.

All austerity policies involve spending cuts, but what type of spending is cut and by how much? For example, permanent cuts that eliminate certain functions of government will have a salutary economic effect of freeing up resources, intensifying competition, increasing productive jobs, and reducing risks to entrepreneurs. This is particularly true for younger people, who should rightly worry that their effort and capital will be destroyed in the future by higher taxes and inflation. Small, temporary spending cuts don’t fix the underlying problem and don’t address these critical longer-term issues.

On the spending side, politicians and bureaucrats will focus on temporary cuts and cuts targeted at government (monopoly) services. The usual suspects here would include, the government’s garbage collection service, license and passport application services, and access to national parks. Unchecked governments will maximize the pain on citizens to increase support for more revenues to save bureaucratic jobs and interest group spending. It’s more like a hostage situation than a rational budgetary debate.

One of my own experiences that illustrates this point occurred when I was a graduate student instructor of economics. The university budget had to be cut during the fiscal year because the state was experiencing less than projected revenues flows to meet budgeted expenditures. We were in “proration.” This meant a freeze on new hirings, but current employees, their pay, and benefits received could not be touched. It turned out that virtually the only item not exempted by the spending freeze was photocopy paper. This paper was integral to the one tangible thing the economics department did for their money–our only “deliverable” to the taxpayers—to test and grade the students!

If the hostage taking tactic fails, opponents of austerity policies will resort to the notion that cutting government spending is self-defeating. They argue that it will reduce aggregate demand, GDP, and tax revenues—compounding the existing problem. They portray government spending as necessary to keep the “animal spirits” at bay in our investment markets. Deficits are “investments” that grow the economy. Government investment has a multiplier effect, that is a goose that laid the golden egg. This is all Keynesian hucksterism at its finest, as Professor Salerno has explained.

Effective austerity policies start with large permanent budget cuts that result in the elimination of jobs, activities, programs, policies, and asset holdings by the government. Imagine government employees running out of the office building, desks and computers flying out the windows, and whole buildings emptied, even clearing the scene down to bare land, as a cradle of opportunity and productivity.

This scorched-earth mindset to austerity is what makes it work. It makes large amounts of labor available, reduces government expenditures on goods and services, and increases the amount of available land and real estate that was formerly controlled by the government. Programmatic spending cuts can even necessitate additional tax reductions that increase production even further.1

Resources are freed up and reallocated to the productive sector and people are transformed from “tax eaters” to “taxpayers.” The former government-controlled resources will be more efficient under for-profit management and more productive with the introduction of incentives and the elimination of guarantees. The power of consumer sovereignty leads to increased production of goods and services, improvements in service and availability, and greater levels of consumer satisfaction while at the same time expanding the potential tax base.

Reallocating government employees back to the market increases the supply of labor,2 increases its availability, and reduces its price, i.e., wage. Cuts to government spending on office furnishings, electricity, computers, parking, paper, etc. also increase the availability of such resources and reduce the price of those items, which companies also use. Finally, the government is the biggest owner of land, real estate, and facilities most of which have productive uses in the private sector.3 Even the smallest level of experience with how government and the market works will make you realize that this is not a simple transfer with zero-sum benefits, but a boon to society.

Lowering the price of resources is a big help to the private sector. It uses resources efficiently and increases productivity and always provides products of more value than price; something the government can’t. Companies will experience an initial increase in profits, but the long run results include increased competition and lower prices, increased efficiency, and productivity, and, of course, increased production, output, sales, and consumption. The economic pie gets larger. Shares of the pie are rewarded to contributors (labor, capitalists, resource owners, and entrepreneurs) while less is redistributed by decree (bureaucrats, politicians, government contractors, and welfare recipients). That obviously spurs production and is fairer.

The validity of austerity to fix economic problems seems superabundant to me given that virtually everyone I know has had to resort to tightening their belts on several occasions and has succeeded. Companies also do this on a regular basis; adjusting their workforce, selling assets, discontinuing lines of production, cutting dividends, etc. to meet company goals and to survive.

It also can work in the case of governments. There are many different reasons why governments fail and become economic problems for citizens to fix. It may take a long time in free societies, but government is a failure waiting to happen. You know the story. Government grows relative to its host economy, it becomes increasingly entrenched and dysfunctional, it favors failure and ne’er-do-wells, attacks success, and harbors slackers. It resorts to borrowing and inflation for debt financing to reduce the perceived cost of government—taxation. All those tendencies eventually result in the economic crisis created by runaway government spending.4

The evidence supports the case for austerity for individuals, companies, organizations, and governments. Don’t be fooled by gimmicks, austerity involves significant spending cuts and the difficult decision making over priorities to either fund or eliminate. In the case of a government in economic crisis, there will be plenty of pain in the short run distributed to those with connections to government, but also capitalists, entrepreneurs, resource owners, and labor.

In the longer term there will be great benefits for all. The guidelines to success are a reduction in the scope of government and greater economic opportunities to work in the marketplace for all.

An End to Austerity: https://mises.org/library/end-austerity 2/27/14

Interview on the Tom Woods Show on “austerity”: https://tomwoods.com/ep-113-has-austerity-failed/

Review: Austerity: When It Works and When It Doesn’t: https://mises.org/library/review-austerity-when-it-works-and-when-it-doesnt QJAE Spring 2019.

My articlesMy books
Follow on:
Previous The Fed’s Powell Admits “I Don’t Know What We’ll Do” in 2023
Next New Swiss Fintech Startup Map Design for 2023