The positives and negatives of Swiss interest rates

by
Swissinfo
My articles My booksMy videos
Follow on:TwitterFacebookGoogle +
Summary:
By normal standards, interest rates of 0.5% are considered low. But Switzerland has just emerged from a long period of negative interest after the Swiss National Bank (SNB) raised rates from -0.25% to +0.5%. When not covering fintech, cryptocurrencies, blockchain, banks and trade, swissinfo.ch’s business correspondent can be found playing cricket on various grounds in Switzerland – including the frozen lake of St Moritz. More from this author | English DepartmentMatthew Allen Anyone born from 2015 onwards woke up on Friday to positive interest rates in Switzerland for the first time in their lives. Seven-year-olds do not spend much time worrying about the cost of servicing debt, but homeowners and struggling companies do. “Raising interest rates always 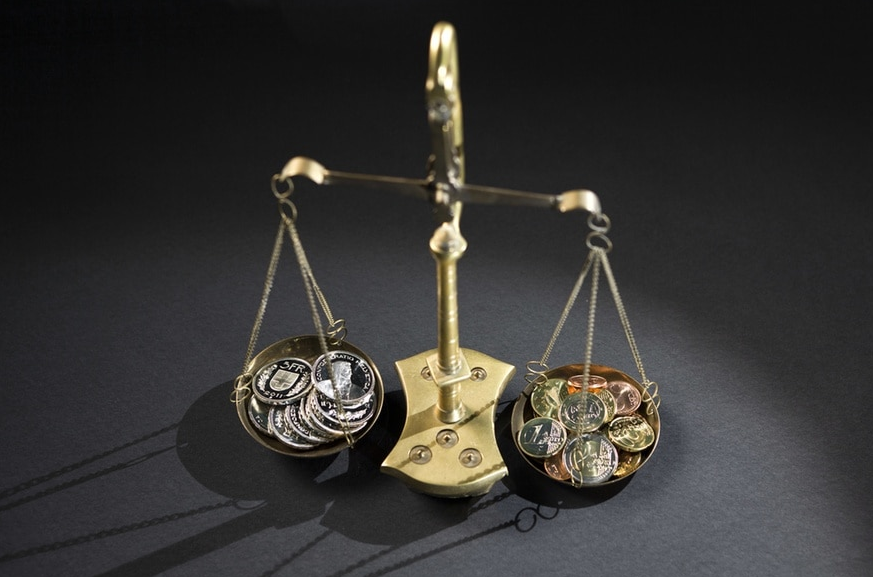 By normal standards, interest rates of 0.5% are considered low. But Switzerland has just emerged from a long period of negative interest after the Swiss National Bank (SNB) raised rates from -0.25% to +0.5%.

When not covering fintech, cryptocurrencies, blockchain, banks and trade, swissinfo.ch’s business correspondent can be found playing cricket on various grounds in Switzerland – including the frozen lake of St Moritz.

Anyone born from 2015 onwards woke up on Friday to positive interest rates in Switzerland for the first time in their lives. Seven-year-olds do not spend much time worrying about the cost of servicing debt, but homeowners and struggling companies do.

“Raising interest rates always come with a cost. There is no such thing as a free lunch,” Rudolf Minsch, chief economist of the Swiss Business Federation, told SWI swissinfo.ch.

+ How Switzerland is dealing with rising prices

However, Minsch agrees with the SNB that monetary policy should now prioritise controlling the cost of consumer goods. Central banks can’t do much about the escalating cost of energy, electricity and some staple foods caused by the war in Ukraine. But raising interest rates could dampen inflation for a range of other consumer items, from electrical gadgets to clothing.

Unlike the United States and many European countries, Minsch believes the SNB has not left it too late to tackle inflation in Switzerland, which rose by 3.5% in August year-on-year. “It’s a good decision to act early enough,” he said.

For consumers, the SNB’s actions could be good news in the run-up to Christmas. Savers can also celebrate as more commercial banks have announced an end to charges on larger deposits following the SNB’s latest rate rise.

People with debts, however, have reason to be nervous of strong hits by the SNB of further rate rises this year.

Swiss households had accumulated some CHF967 billion ($1 trillion) in debt by the end of last year, most of it in the form of mortgage loans, according to the SNB. Switzerland vies with the Netherlands for having the world’s largest volume of mortgage debt per household.

+ Home ownership a mirage for most Swiss

The Organisation for Economic Co-operation and Development (OECD) has repeatedly called on Switzerland to reduce the size of this debt mountain which could “potentially aggravate any future period of financial instability”.

The SNB is conscious of enhanced mortgage default risk resulting from the interest rate rise. In January it advised the government to force banks to hold back more reserves to cover potential losses.

“This buffer will come into effect at the end of September and will contribute to maintaining banking system resilience,” said SNB vice-chair Martin Schlegel on Thursday.

Seven years of negative interest rates have also contributed to a rise in Swiss property prices, which have doubled since 2000, according to real estate company Wüest Partner.

But the Swiss Homeowners’ Association sees nothing to fear in an interest rate of 0.5% and says banks have been factoring in potential rates as high as 5% when assessing the risk of issuing loans. Property prices are heavily driven by demand for a limited supply of real estate, which shows no signs of abating, the association added.

Another bubble that has been rapidly deflating this year is the number of companies kept afloat solely by state loans handed out during the Covid-19 pandemic. These so-called zombie firms are going bust because they cannot afford to pay back the money.

Some 4,341 companies had filed for insolvency by the end of August, which is 37% more than the same period in 2021, according to the Swiss Association of Creditors, Creditreform. The association forecasts 9,900 bankruptcies by the end of the year. But the latest interest rate rise will have little impact, says Creditreform, as the Covid loan repayments were fixed at the time they were issued.

Swiss exporters will take note of another aspect of the SNB’s monetary policy strategy: how it keeps the value of the Swiss franc in check against other currencies. Earlier this year it became apparent that the SNB was fretting less about the increasing strength of the franc.

Although the SNB said on Thursday it could intervene in the foreign exchange markets to stabilise the currency, it “did not mentioned the strength of the Swiss franc in its statement, suggesting that it is not a policy concern at the moment”, noted Credit Suisse economist Maxime Botteron.

This might infuriate Swiss exporters who in the past two years have seen the price of their goods rise 35% compared to manufacturing competitors in the eurozone, according to Minsch.

But Philippe Cordonier, director for French-speaking Switzerland at Swissmem, the umbrella organisation for the mechanical and electrical engineering industries, is less concerned. Exporters have been dealing with a strong franc since 2015, when it appreciated rapidly. The past few years have seen less exchange-rate volatility and have given Swiss companies time to pare down costs and implement efficiencies.

“Businesses have thought of things they can do to cope with the high value of the franc,” said Cordonier.

SWI swissinfo.ch – the international service of the Swiss Broadcasting Corporation (SBC). Since 1999, swissinfo.ch has fulfilled the federal government’s mandate to distribute information about Switzerland internationally, supplementing the online offerings of the radio and television stations of the SBC. Today, the international service is directed above all at an international audience interested in Switzerland, as well as at Swiss citizens living abroad.
My articlesMy books
Follow on:TwitterFacebookGoogle +
Previous Work to begin on Swiss backup power plant
Next The Fed Is Finally Seeing the Magnitude of the Mess It Created