“The British people are politically homeless – Part I”

by
Claudio Grass
My articles My booksMy videos
Follow on:TwitterLinkedIN
Summary:
Interview with Godfrey Bloom: Part I of II A lot has been said and written about Britain’s political and economic woes since Brexit, and even more so over the last two years. Overwhelmingly, mainstream media coverage has been negative and many of the nation’s problems have been blamed on Brexit itself. The role of the lockdowns, the forced business closures and especially of the extreme fiscal and monetary interventions during the Covid crisis has been downplayed, or often gone entirely unmentioned. Today, Britain finds itself in a similar position with most Western economies: spiraling inflation, an energy crisis, and countless households struggling with the “eat or heat” dilemma. How the British people found themselves in this position, who’s to blame and what 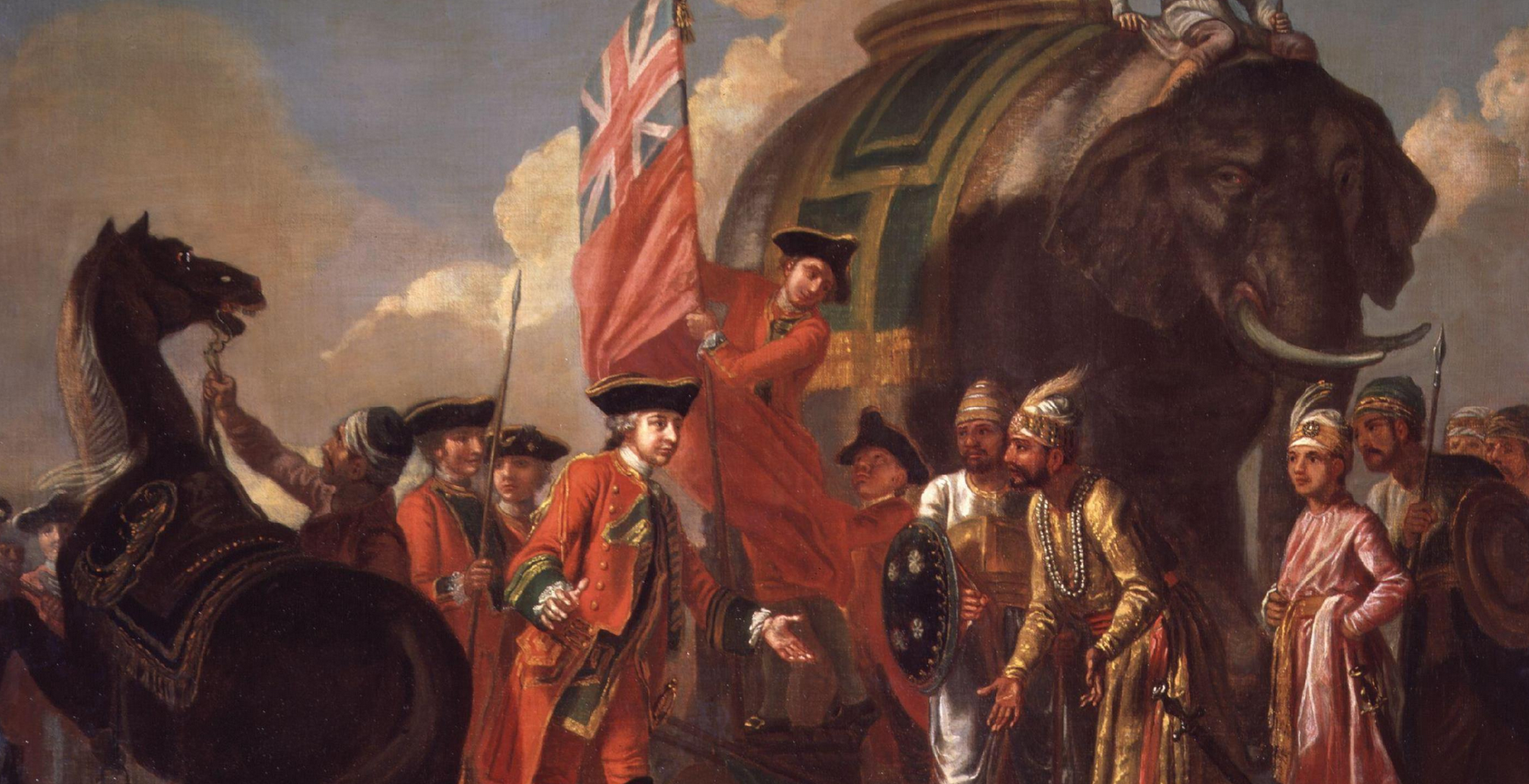 Interview with Godfrey Bloom: Part I of II

A lot has been said and written about Britain’s political and economic woes since Brexit, and even more so over the last two years. Overwhelmingly, mainstream media coverage has been negative and many of the nation’s problems have been blamed on Brexit itself. The role of the lockdowns, the forced business closures and especially of the extreme fiscal and monetary interventions during the Covid crisis has been downplayed, or often gone entirely unmentioned.

Today, Britain finds itself in a similar position with most Western economies: spiraling inflation, an energy crisis, and countless households struggling with the “eat or heat” dilemma. How the British people found themselves in this position, who’s to blame and what happens next are among the core themes I discussed with Godfrey Bloom in the following, very illuminating, interview.

Before entering the world of politics in 2004, Godfrey Bloom worked in the City of London for forty years and won fixed interest investment prizes. He served as a Member of the European Parliament (MEP) for a decade and became widely known as a vocal opponent of government regulation and centralization. A firm euro-skeptic, Bloom was also heavily involved in the Brexit “Leave” campaign as an independent activist. He is an Associate Member of the Royal College of Defense Studies, holds the Territorial Decoration, Sovereign’s Medal, European Parliamentary Medal and Westminster Armed Forces Parliamentary Medal. He is also an author with seven books to his credit. He is married to one of Europe’s leading equine physiotherapists.

Claudio Grass (CG): It’s been a tumultuous few years for the UK, from the Covid crisis and the instability of the Johnson government to its collapse and the race for the next PM and leader of the Conservative party. What do you think the impact has been on the public, after all these extreme phases and the “exercises in democracy” that followed?

Godfrey Bloom (GB): Boris Johnson is a charismatic character, a rarity in modern British politics, a popular figure who stormed into office with the well-received catchphrase “Get Brexit done”. It appealed to 17.5 million voters who voted for Brexit and to many who just wanted closure. He returned with a majority of 80, a big one by contemporary standards, and he got a form of Brexit done.

Britain withdrew its commissioner and MEPs, but remains bound by historic EU regulations. The disastrous Brexit negotiations by an EU-devoted civil service meant that a real Brexit was nigh on impossible. Both the House of Commons and Lords are also staunch Remainers, so with no political will, a form of associate membership is in place. Britain still sends billions to the EU in an extraordinary arrangement, as if somehow Britain is a supplicant nation and not the EU’s biggest customer. Boris Johnson was and is a reluctant Brexiteer. For him it was a political opportunity, a route to Number Ten.

The problem for the Conservative party is it has long since morphed in to a neo-socialist green party with all the disastrous fiscal outcomes that could be expected. Mass immigration, the highest tax burden since the war and collapsing public services have disillusioned the electorate. Charisma can only take politicians so far; electorates want results.

Moreover, Johnson is a habitual liar and cheat. The suicidal lockdown policy, his chancellor’s amazing disregard for fiscal probity and his health ministers’ constant denial of medical and actuarial data gave the country a government which nobody trusted.

As ordinary working people saw the folly of net zero, billions in unaudited foreign aid and a bizarre disregard for caution confronting a leading military and nuclear power in the Ukraine, the electorate simply withdrew support in local elections. With a hostile MSM, civil service and back bench MPs, Johnson could not survive nor did he. Basically, middle England feels disenfranchised, politically homeless and depressed.

CG: Watching the leadership race debates and the interviews, as an outsider, it seemed like the UK was “inspired” by the US a bit too much this time, as there was a lot of drama and cinematic tension and “soundbites” for the press to pick up, but not a lot of substance. What did you make of the race and did you see a candidate that you thought would have made a better leader than Liz Truss? Why do you think Truss eventually prevailed and do you think she did so for the right reasons?

GB: The Conservative Party leadership was a schism, the members of Parliament did not want Johnson but another, more disciplined, less dishonest and more discreet leader, who adhered to EU negotiating compromise, World Economic Forum strategy, US foreign policy and tax-and-spend neo-socialist policies. The green agenda still remains sacrosanct in spite of its disastrous impact and the war with Russia.

The Conservative party membership who make the final call were basically denied a radical true Conservative option. No serious tax reform, public spending discipline, curtailment of mass immigration, NHS or BBC reform. State education is a disaster with the abandonment of family values, sex education for eight-year old’s and continued climate fanaticism. Add to that the continuance of a politicized police and judiciary and the abandonment of the principles of English Law. In short, the same failed Johnson government agenda without the burden of Johnson’s embarrassing peccadillos. Truss beat the architect of the nation’s financial demise, Rishi Sunak, who tried to pretend it was nothing to do with him! Ludicrous.

The real problem is with the Western political class. It is at an all-time post-war low, compounded by a politicized media, deeply committed to a WEF agenda. Dissent is forbidden and we see censorship worthy of Stalin’s Soviet Union. The latter is perhaps the most serious, a free press is the shield on which a democracy thrives. Couple this with two generations of people without the benefit of a traditional education, a capacity for risk assessment or critical thinking.

CG: Truss recently had to reverse her move to scrap the highest Income tax rate, in a very public and very humiliating manner. What do you make of this decision and do you think this reversal could dent the new PM’s credibility?

GB: The Truss U-turn clearly demonstrates now that aforementioned schism in the Tory party, unseen since the abolition of the Corn Laws. Tax in Britain is not about raising revenue but political grandstanding.

Income tax now has a higher tax rate than under the last Labour government. The tax concessions were peanuts. The Conservative Party has been infiltrated by crypto socialists for over thirty years and the current government is on the left of the last Labour government. The party needs a period in opposition to return to its fundamental principles, the party of Lord Salisbury, a libertarian by modern day standards. Truss has been exposed as weak. She might not survive.

CG: The “cost-of-living” crisis has been making headlines regularly in the UK, and by now, the impact on virtually every household is quite apparent. While the effects of it have been very extensively discussed and analyzed in the media, the causes of it haven’t received the same coverage. Most of the time, Vladimir Putin is blamed and the Ukraine war. Do you think this is the whole story? Is inflation a problem that is exclusively caused by the war?

GB: As libertarians and free marketeers foretold, out of control public spending, high taxes, borrowing and money printing would cause high inflation. Green policies have been disastrous, and the extraordinary overreaction to Covid and the NATO-provoked war in the Ukraine have exacerbated it. But there has been no western admission. Green policies, war mongering, mass immigration, Keynesian economics and fiat currency have brought the West to its knees. So we can expect more of the same.

The WEF is not yet realized as a global political force. 80% of the electorate as yet have not even heard of it. But those who have, now believe the West has gone past political incompetence and has embarked on a serious attempt to destroy our civilization and replace it with a new world order. The professional classes under forty years old don’t care, the artisan class know something is very wrong but can’t put their finger on it. The British people are politically homeless. No good can come of it.

In the upcoming second part, we turn out attention to the debate over the monarchy, to what can be done at this point to salvage the economic situation in Britain and to the outlook for investors and ordinary savers.

This work is licensed under a Creative Commons Attribution 4.0 International License. Therefore please feel free to share and you can subscribe for my articles by clicking here

Claudio Grass is a passionate advocate of free-market thinking and libertarian philosophy. Following the teachings of the Austrian School of Economics he is convinced that sound money and human freedom are inextricably linked to each other. He is one of the founders of GoldAndLiberty.com.
My articlesMy books
Follow on:TwitterLinkedIN
Previous Can We Look Past US CPI ?
Next Bitcoin Indikator deutet auf Bounce Back hin

Can We Look Past US CPI ?