by
Marc Chandler
My articles My siteAbout meMy booksMy videos
Follow on:TwitterLinkedIN
Seeking Alpha
Summary:
Overview:  The poor eurozone PMI underscores likely recession and weighs on the single currency, which was sold to a new 20-year low.  Rather than a "Turn Around Tuesday"  a broadly consolidative session is unfolding. Asian and European equities are weaker, while US futures are positive but little changed.  Benchmark 10-year bond yields are mostly firmer and the premium offered by Europe's periphery is edging higher.  The US 10-year is little changed near 3.02%. Most non-European major currencies are firmer, with the exception of the Australian dollar.  The euro struggles to sustain even the most modest of upticks.  Emerging market currencies are mostly lower.  The Mexican peso is an notable exception.  It is the strongest in the EM space today, followed by the 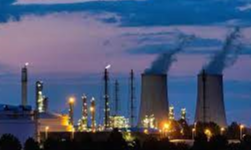 Overview:  The poor eurozone PMI underscores likely recession and weighs on the single currency, which was sold to a new 20-year low.  Rather than a "Turn Around Tuesday"  a broadly consolidative session is unfolding. Asian and European equities are weaker, while US futures are positive but little changed.  Benchmark 10-year bond yields are mostly firmer and the premium offered by Europe's periphery is edging higher.  The US 10-year is little changed near 3.02%. Most non-European major currencies are firmer, with the exception of the Australian dollar.  The euro struggles to sustain even the most modest of upticks.  Emerging market currencies are mostly lower.  The Mexican peso is an notable exception.  It is the strongest in the EM space today, followed by the Indonesian rupiah, where the central bank hiked its key rate by 25 bp.  Gold's early gains are being reversed, but it is within yesterday's range.  October WTI has extended yesterday's recovery, sparked by Saudi Arabia's threat to cut output.  US natgas is higher for the third session and is up nearly 8% in this run.  Europe's natgas benchmark is about 2% lower after yesterday's 12.3% spike. Iron ore is up a second day, while September copper has recouped yesterday's minor (~0.35%) loss. September wheat is advancing for a third session for a cumulative gain of 7%.

Japan's recovery is faltering, and the government is already cobbling together a supplemental spending bill.  While the preliminary manufacturing PMI show a slowing expansion (51 vs. 52.1), the service PMI in contracting (49.2 vs. 50.3) for the first time since March.  The composite was dragged lower and the 48.9 reading (from 50.2) is consistent with a contraction in output.

Australia's preliminary August PMI was similar to Japan's. Slower manufacturing output (54.5 from 55.7), while the service sector contracted (49.6 from 50.9). The composite slipped below the 50 boom/bust level to 49.8 from 51.1.  It is the fourth consecutive decline in the composite and the first sub-50 reading since January.  The Reserve Bank of Australia meets on September 6.  The futures market is not convinced that the poor PMI stands in the way of another 50 bp hike. In fact, the cash rate futures show the greatest chance (70%) of a half-point move this month, up from about 62.5% yesterday.

The dollar firmed to marginal new high for the month against the yen today near JPY137.70.  Yesterday's high was about JPY137.65.  Today's session, so far, has been one of consolidation.  Initial support is seen around JPY137.00.  Only a close below JPY136.70 would challenge the bullish dollar posture.  Yesterday's Australian dollar bounce where it took out the pre-weekend high, ostensibly on the China's rate cuts was a bull trap.  It dropped almost 1% to nearly $0.6860 before finding support. It traded higher, even after the poor PMI and met sellers at $0.6900, who drove it to a marginal new low (~$0.6855) since July 19.  In choppy trading it is firmer in Europe.  A move above $0.6900 would be helpful, but a push above $0.6930 would help lift the technical tone.  Meanwhile,  the yuan's adjustment lower continued and the Chinese currency fell to new two-year lows against the dollar.  The greenback reached CNY6.8660 before pulling back and is hovering around little changed levels around CNY6.8485 near midday in Europe.  The PBOC's dollar fix showed no sign of a protest.  It was set at CNY6.8523, a little above the Bloomberg survey median of CNY6.8511.

The UK flash PMI was softer but the mixed.  The manufacturing PMI sunk to 46.0 from 52.1, well below expectations, and the magnitude of the drop was notable, especially after having fallen for the previous three months.  The services PMI was little changed at 52.5 from 52.6, and above expectations.  The composite eased to 50.9 from 52.1.  It is the lowest reading since early last year.  Here too the market does not seem dissuaded from its rate hike expectations.  The swaps market is fully pricing in a 50 bp hike at the mid-September BOE meeting and about a 1-in-3 chance of a 75 bp move instead.  By that time, a new Tory leader and Prime Minister will likely be providing some additional fiscal support.

The Dutch natural gas European benchmark (one-month forward) has doubled here in Q3 after more than doubling in the first half.  By some estimates, it has reached the equivalent of $500 a barrel for crude oil.  The energy crisis, which is being exacerbated by a severe drought, has eclipsed Covid as the most pressing European challenge.  It is a blow that makes a recession practically unavoidable and contributes to the pressure on the euro, which fell to new 20-year lows.  The one-year forward of German electricity rose by more than a quarter yesterday to a record 710 euros for a megawatt hour before pulling back, which is almost twice as much it was at the end of July.  In France, a similar contract rose 16% to 840 euros, more than 2/3 higher than at the end of last month. French nuclear reactors were operating at 43% of their capacity yesterday, down from 48% before the weekend.  There was an unplanned outage at one plant and another two were halted for scheduled maintenance.

German Chancellor Scholz was in Canada yesterday trying to secure supplies.  His government is still debating about extending the life of three nuclear plants that are scheduled to shutdown at the end of the year.  Economic Minister Habeck noted that extending the deadline would save, at most, 2% of German gas consumption.  However, he did leave open the possibility that the Isar 2 plant in Bavaria might be extended. The low water level having limited the energy shipments on the Rhine.  Bavaria produces the most solar power among German states, it has a restrictive wind turbine licensing regime.  Habeck was also critical of Bavaria for neglecting other sources of energy generation and blocked the expansion of power transmission lines to bring wind energy from northern Germany to its industry.  There is fear that the Gazprom's three-day shutdown of the Nord Stream 1 pipelines August 31 is a prelude to and extended stoppage.

After hovering tightly below $0.9950 for most of the Asian session, the poor PMI seemed to drive the euro to the session low near $0.9900 before the single currency recovered back to $0.9950. A 600 mln euro option there expires today.  Thursday and Friday see a combined 3 bln euro in options at $1.0 expire, while on Friday, 2 bln euros of options at $0.9850 roll off.  The bears are in the driver’s seat.  Sterling was sold to a new low as well, dipped briefly through $1.1720.  In the five sessions through today, sterling has fallen nearly 4.25-cents.  It has met the measuring objective of the double top pattern that had unfold in the first half of the month.  The $1.1780-$1.1825 band offers the nearby cap.

The Fed funds futures market sees the greatest chance of a 75 bp hike next month since the bounce after the surprisingly strong employment report on August 5.  Yesterday's increase was the third in a row and the most since that jobs report.  The two-year note yield jumped a little more than 10 bp to 3.34%, the upper end of where it has traded for two months. The only data out yesterday was the Chicago Fed's national activity report, which blew away market expectations by rising to 0.27 instead falling to -.25. However, that report was for July and today the preliminary August PMI is due.  Moreover, markets typically do not put much emphasis on this report.  Instead, it seems the market is positioning ahead of Powell's Jackson Hole speech. The US also reports new homes sales. The July housing starts and existing home sales were weaker than expected and the risk to the Bloomberg survey median for a 2.5% fall is on the downside.  That said, it is clear that slower housing market activity is desirable by the Federal Reserve as part of its effort to tighten financial conditions.

The EU seems to think Iran's response to its proposal was "reasonable" and seems to add pressure on the US.  However, Saudi Arabia's oil minister made an unexpected move.  Claiming that the lack of liquidity and extreme volatility in the oil market was diverging from "fundamentals" and that OPEC+ may be forced to respond.  In this context, the "response" would be to reduce supply.  Although the oil minister did not link his comments to the possibility of Iranian oil returning to the market, this seemed to be the subtext, and the oil market responded accordingly.  October WTI, which had been off a little more than 4% yesterday recovered nearly fully in late dealings.  From almost $86.25, October WTI settled near $90.35. It has traded above $92.00 today for the first time since August 12.

The US dollar made a marginal new high for the month against the Canadian dollar earlier today, just shy of CAD1.3065.  However, a consolidative tone has emerged. Initial support is seen in the CAD1.2990-CAD1.3000 area. A break below CAD1.2965 would lift the Loonie's tone and would likely coincide with stronger equity market gains. The S&P 500 and NASDAQ gapped lower yesterday, and the gaps appears on the weekly charts, and leave bearish island tops behind. Those gaps are important from technical perspective and are either breakaway gaps or measuring gaps, and in either case bearish.  That would seem to warn about the downside risks to the Canadian dollar, which is particularly sensitive to the risk environment.  The Mexican peso is faring better.  The US dollar did not take out the pre-weekend high (~MXN20.2670) yesterday and is set to start the North American session at a three-day low. Around MXN20.04, the US dollar retraces 50% of what it gained since the August 15 low (~MXN19.8125). The next corrective target is around MXN19.9860.

He has been covering the global capital markets in one fashion or another for more than 30 years, working at economic consulting firms and global investment banks. After 14 years as the global head of currency strategy for Brown Brothers Harriman, Chandler joined Bannockburn Global Forex, as a managing partner and chief markets strategist as of October 1, 2018.
My articlesMy siteAbout meMy books
Follow on:TwitterLinkedINSeeking Alpha
Previous Developer invests CH170 million in new Swiss tourist resort
Next Crypto-Mining-Farmen im Iran beschlagnahmt