by
Mihai Macovei
My articles My booksMy videos
Follow on:
Summary:
After three decades of promarket reforms, extreme poverty in China has been virtually eradicated. So President Xi Jinping now has the leverage to shift his attention to reducing the wealth gap in Chinese society. In a speech to the Chinese Communist Party in August, Xi touted “common prosperity” for all Chinese as an essential requirement of socialism and modernization. Western pundits have welcomed China’s drive for more income redistribution and consumption, but have also interpreted Xi’s move as an indicator of a possible descent into welfarism and a tightening of the regime’s control over the private sector. But this is not necessarily the case. Rather the Chinese regime has shown a reluctance to sizably increase the size of its welfare state, even if its

After three decades of promarket reforms, extreme poverty in China has been virtually eradicated. So President Xi Jinping now has the leverage to shift his attention to reducing the wealth gap in Chinese society. In a speech to the Chinese Communist Party in August, Xi touted “common prosperity” for all Chinese as an essential requirement of socialism and modernization.

Western pundits have welcomed China’s drive for more income redistribution and consumption, but have also interpreted Xi’s move as an indicator of a possible descent into welfarism and a tightening of the regime’s control over the private sector.

But this is not necessarily the case. Rather the Chinese regime has shown a reluctance to sizably increase the size of its welfare state, even if its economy remains mired in cronyism. Moreover, in an economy where the ruling party also controls enormous portions of the economy, attempts to redistribute some of that state-owned wealth don’t necessarily mean a tightening of the screws on the private sector.

What Is “Common Prosperity”?

But first, let’s examine what Xi means by “common prosperity.” The concept was first introduced by the revolutionary leader Mao Zedong in the 1950s with the goal to make China prosperous in an egalitarian way. No wonder that it did not work out as hoped for. In 1986, the reformist leader Deng Xiaoping recoined Mao’s slogan in order to allow some people and regions get rich first so that they could help the others catch up and achieve “common prosperity” faster. Market reforms freed private initiative and brought about three decades of unbridled growth. During the next three decades, China’s gross domestic product (GDP) per capita surged about forty times, to above $10,000, five times higher than the level achieved by India over the same period.

Impressive growth has “lifted all boats” and extreme poverty has been eradicated, but economic inequality has risen as well. China’s Gini coefficient of 0.47 is among the highest in the world, while the wealthiest 1 percent of people own 31 percent of the country’s wealth. Therefore, President Xi decided to put Mao’s “common prosperity” back at the top of his agenda. Xi’s main message is that low- and middle-income groups should benefit more from the country’s newly found prosperity, by enjoying higher consumption levels, better access to public services, lower taxes, and more opportunities for upward social mobility. The new system also envisages higher income redistribution in which a so-called third distribution based on voluntary donations plays an important role.

As such, Xi seems more interested in consolidating China’s middle class than soaking the rich, but also in proving the superiority of China’s growth model over the West’s “unfair capitalism.” According to him, the latter has led to the “collapse of the middle class, social divisions, political polarization and widespread populism.” Xi wants to consolidate social stability and boost his credentials as a defender of ordinary people against the excesses of the newly rich. A recent wave of crackdowns on private companies and wealthy individuals also serves as a warning to China’s new oligarchs against challenging the government’s authority. Immediately after Xi’s announcement on “common prosperity,” the country’s richest corporate elites rushed on a spree of public donations. Tech giants such as Jack Ma’s Alibaba Group, Tencent, Xiomi, Didi, and Pinduoduo announced investments and charitable donations worth dozens of billions of US dollars to fund “common prosperity” initiatives.

Reactions in the West

Western media criticized Beijing’s regulatory offensive on technology giants,1 wealthy individuals, and private education providers. The measures, partly driven by the “common prosperity” agenda, are viewed as a return to the Maoist practices of strengthening government control and undermining the private sector. But this is not necessarily the case. In a one-party political system that owns and controls big chunks of the economy, China is rife with crony capitalism. Checking on corruption and collusion between political elites and rogue private businessmen may not be an antimarket move after all.

At the same time, Western analysts welcomed an expected drive to increase consumption and reduce inequality through higher income redistribution. This has been the International Monetary Fund’s (IMF) policy advice to China for many years now. More specifically, the Brookings Institution believes that President Xi’s social equality objectives could be better advanced by “measures such as a property tax, a more progressive income tax, or an inheritance tax.” Others pundits also claim that the Chinese growth model needs a transformation more radical than “common prosperity” in order to increase wages and household incomes. The unequal distribution of income is allegedly a lesser problem than the fact that households retain a very low share of the national income—15 to 25 percentage points less than in the West. Therefore, they suggest that the high share of government investment in GDP be recycled into social welfare programs.

In fact, mainstream commentators have one major point of discontent with China’s “unbalanced” growth model. “Too low” wages and consumption levels make China more competitive in terms of exports and growth dynamics than the majority of advanced economies. But instead of admitting that bloated welfare systems in the West are keeping wages and incomes artificially high, depressing growth, and chasing capital away to China and other emerging economies,2 they find fault with China’s lean welfare system.

China Says No to a Big Welfare State

“Common prosperity” raised expectations about a large expansion of the welfare state, but China does not intend to fall into this trap. Shortly after Xi Jinping’s speech in August, a senior party official came out clarifying that “common prosperity” does not mean “killing the rich to help the poor.” Those who “get rich first” should help those behind, but “the ultimate path to common prosperity is to work hard together.” The same official said plainly that China must “guard against falling into the trap of welfarism” and “will not support lazy people.”

China does not want to derail the private sector either, being aware that it is its engine of growth and jobs. It emphasizes that regulatory policies and crackdowns are targeting illegal behavior and are not aimed at private or foreign companies, while charitable donations will be encouraged with tax incentives. The national news agency Xinhua did not beat around the bush when it concluded that “common prosperity is not egalitarianism. It is by no means robbing the rich to help the poor as misinterpreted by some Western media.”

Mainstream analysts hoping that China will go down the West’s road of big welfare states are likely to be disappointed. According to Chinese leaders, the new drive for “common prosperity” is not about egalitarian income redistribution, but about providing better economic and social opportunities for the low- and middle-income groups. Cracking down on illegally high incomes and monopolistic rents—fueled by cronyism—in a one-party system may actually reinforce the functioning of markets.

There is always a gap between words and deeds, but one thing is clear: in order to maintain high growth rates and catch up with the West, China cannot repeat the latter’s mistake of building bloated welfare systems which crush economic growth. This is key given that China’s oversized state enterprise sector is already a major source of economic inefficiency. 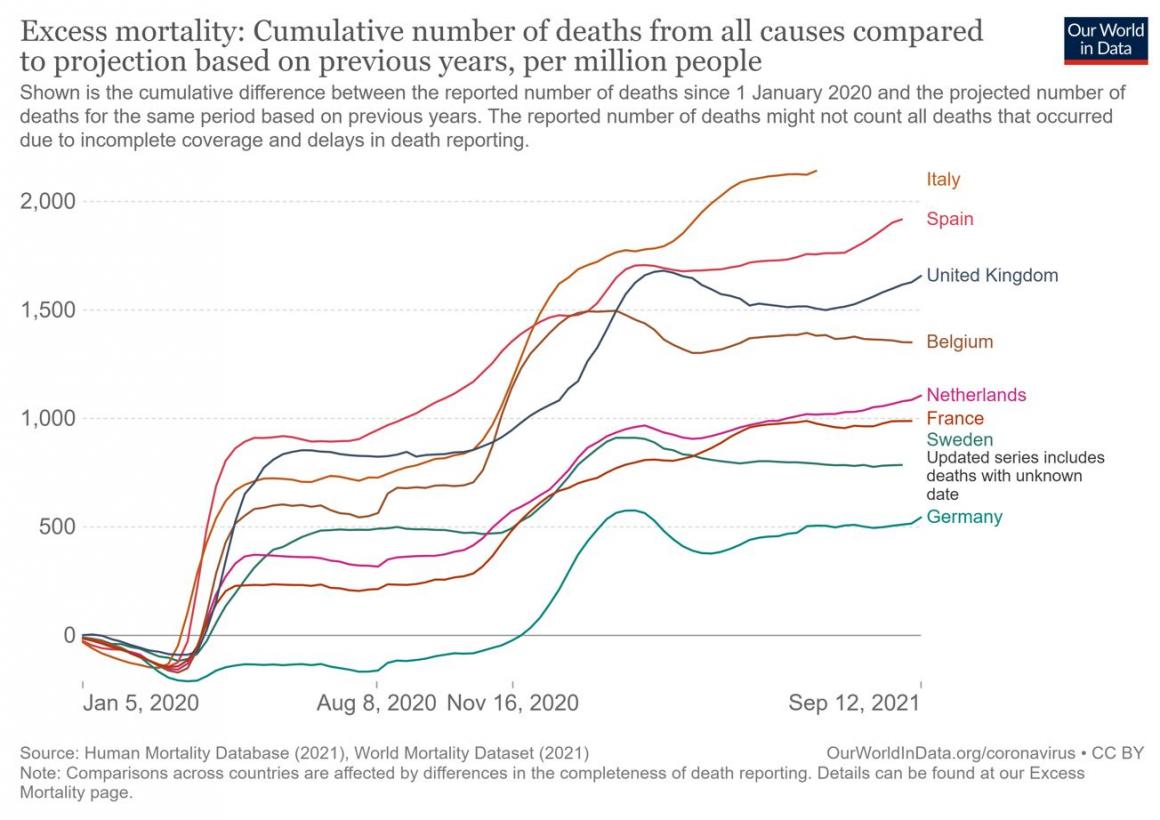 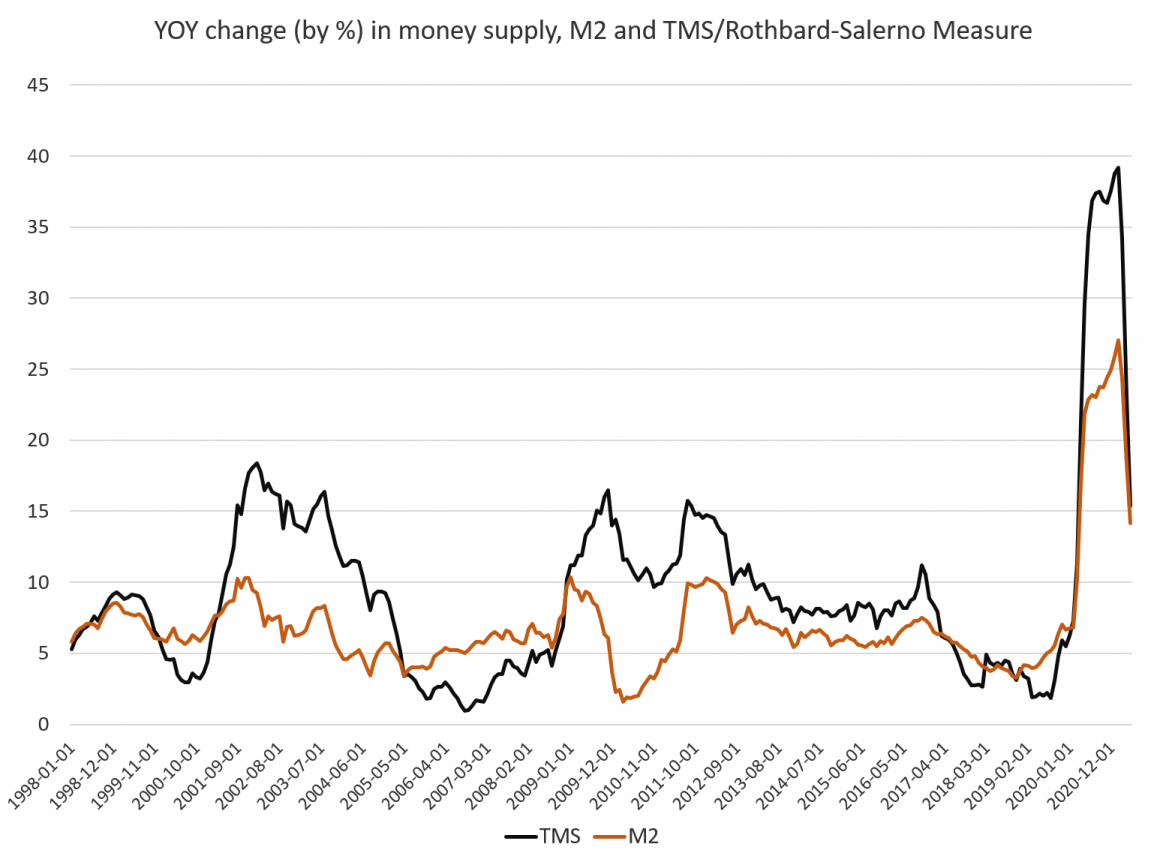 The Real Estate Boom in Vegas Is More Frenzied Than Ever

In Las Vegas, asset price inflation is combining with rising prices on building materials to create a real estate bubble of remarkable proportions.

The Corrupt Bargain and the Preservation of Slavery

The most important battle of the August days of the Constitutional Convention was waged, as had been the battle over the three-fifths clause, between the North and South and had at its heart the institution of slavery.

My articlesMy books
Follow on:
Previous FX Daily, November 9: Falling Yields Give the Yen a Boost
Next Bitcoin übertrifft Allzeithoch