by
David Gordon
My articles My booksMy videos
Follow on:
Summary:
Joan Wallach Scott, a historian who is a professor emerita at the Institute for Advanced Study in Princeton, has come up with a most valuable insight. She is decidedly not “one of us,” but her insight makes her sound as if she might be. She says, the notion of the judgment of history rests on a progressive linear view about the necessary superiority, in every domain, of the future as compared to the past, but also—crucially—about the state as the political embodiment of that future. . .As articulated by Hegel, the “autonomy of the state”  was “the ethical whole itself”—the modern state was at once the fulfillment and the embodiment of the telos of history. (p. xvi) Scott rejects this position, and she examines the way in which this mistaken view affected two 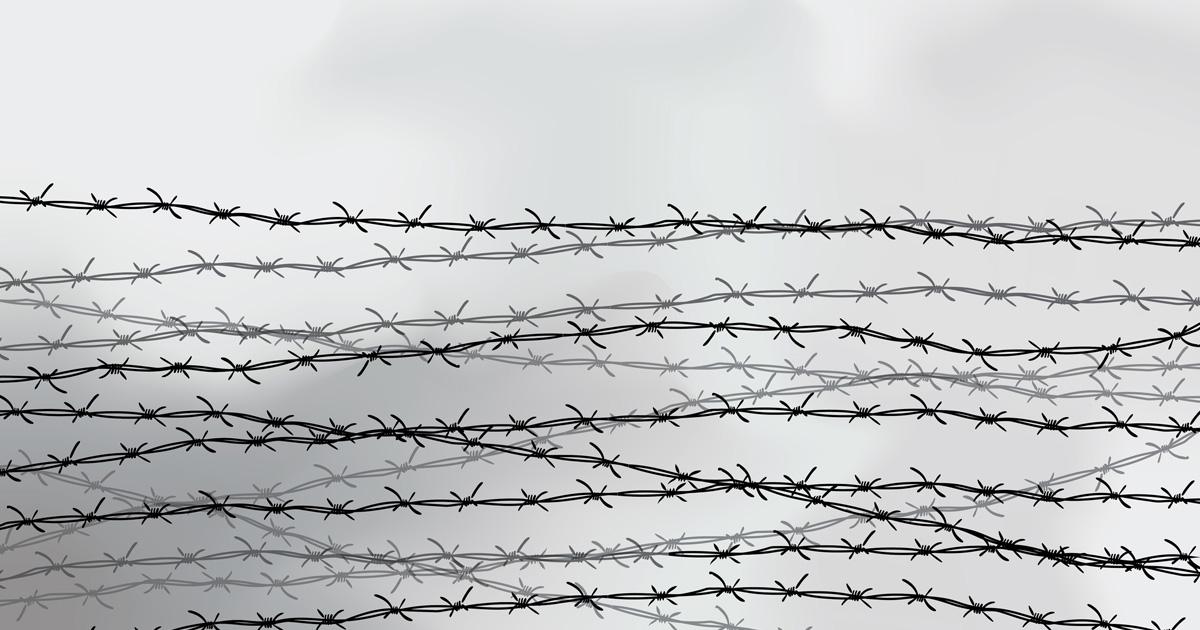 Joan Wallach Scott, a historian who is a professor emerita at the Institute for Advanced Study in Princeton, has come up with a most valuable insight. She is decidedly not “one of us,” but her insight makes her sound as if she might be. She says,

the notion of the judgment of history rests on a progressive linear view about the necessary superiority, in every domain, of the future as compared to the past, but also—crucially—about the state as the political embodiment of that future. . .As articulated by Hegel, the “autonomy of the state”  was “the ethical whole itself”—the modern state was at once the fulfillment and the embodiment of the telos of history. (p. xvi)

Scott rejects this position, and she examines the way in which this mistaken view affected two judicial proceedings, the post–World War II Nuremberg trials and the South African Truth and Reconciliation Commission, and also looks at one case, the demand for reparations for black slavery, that isn’t dependent on the view. Her analysis of the first example is by far the best of the three, and I shall have the most to say about it.

The prosecutors of Germany at the Nuremberg trials faced a big challenge. They wanted to indict the Nazis on trial for crimes, but at the same time they wanted to preserve the dogma that the modern European nation-state is the culmination of moral progress. As such, the Allies’ activities were justifiable. Yet many of these activities were the same as those used to indict the Nazis. She writes,

The London Charter listed aggressive warfare as one of the counts against the Nazis. It was signed by the Allies on August 8, 1945, the day the United States bombed Nagasaki [sic—the bombing was on August 9], two days after the bombing of Hiroshima; in February, the British and Americans had firebombed the city of Dresden—many thousands of civilians were killed in those raids. As for intervention in another sovereign nation, the Soviets had invaded Finland, Poland, Romania, and the Baltic states; Britain had invaded Norway (Nothing was said about the long history of unprovoked imperialist incursions into Africa, Asia, Latin America, and the former Ottoman territories. Imperialism was assumed to be a right of these nations, the forward motion of the civilizing process.)….The historian A. J. P. Taylor, referring to the documents assembled by the prosecution, noted that they “were chosen not only to demonstrate the war guilt of the men on trial, but to conceal that of the prosecuting powers.” (p. 12)

By careful choice of the counts in the indictment, the prosecutors deflected challenges to their own states. And those challenges that could not be deflected were ignored. One difficulty remained, though, if the dogma of the judgment of history was to be preserved. The Nazis had committed great crimes, but Germany was certainly a state. Wasn’t Germany a counterexample to the dogma?

The answer of the prosecutors was audacious. Germany under the Nazis wasn’t a state at all, but had been taken over by a criminal gang, in which case the crimes could be blamed upon the individuals on trial, not the state. Alternatively, Germany wasn’t a genuine, progressive European state, but an uncivilized backwater, to a considerable extent inhabited by mentally ill barbarians.

If individuals were responsible, nation-states were not; the rule of law thus stood inviolate. Putting the onus for violence on individual criminals, whose moral compass should have made them act otherwise, allowed the question of raison d’état to be put aside. The failure to take responsibility was attributed to the abnormality of the Nazis; they were depicted as demented, deluded, psychotic….Yet another explanation offered for the rise of National Socialism was historic underdevelopment…[The Nazis] were an archaic remnant of another age, a relic of the state of nature for which the founding of states and nations had been a cure. (pp.15-16)

(By “raison d’état,” Scott means the claim that the state is permitted to act in a way that would be immoral for private individuals.) She rightly condemns these transparent evasions and urges that we reject “the judgment of history” position.

I’m not going to say very much about her account of the Truth and Reconciliation Commission (TRC) in South Africa. Her basic argument is that the commission, under Bishop Desmond Tutu, viewed the crimes of the apartheid government as acts of individuals that called for their victims to forgive, if they were able to do so. By looking at matters in this way, the commission fell prey to the false story of the judgment of history: the modern state was in itself good and had to be preserved under the new regime. “The TRC’s metaphor of the bridge described a one-way route, like a linear vision of history itself, from past (the apartheid state) to future (a new South African nation). Once it was crossed, those traversing it would arrive at the promised land” (p. 46). Scott supports those within the African National Congress (ANC) who favored a more direct challenge to the institutions of the apartheid state and thinks also that the leaders of that state should have been held directly responsible for their crimes. But to do this would have required the direct challenge to the judgment of history view that Tutu and the TRC he led were unwilling to undertake.

I wonder whether her own account takes the state too much for granted. Why not get rid of it altogether, and replace it with a genuine free market system, rather than reconstruct it on the basis of a “Gramscian catharsis” directed against the white minority? (I will spare readers the details of what that involves.) Further, and this matter I won’t pursue in detail, I think her account of apartheid and the ANC is misleading. There is no mention of the role of labor unions in bringing about apartheid, as ably brought out by W.H. Hutt in The Economics of the Colour Bar. Bram Fischer is mentioned (p. 32), but not his membership in the South African Communist Party. Likewise not mentioned is Nelson Mandela’s membership in the party.

Scott is critical of the Nuremberg prosecutors and the South African TRC, but she looks with favor on groups that support reparations for American slavery. These groups do not accept the current American state as a step on the road of historical progress, albeit in need of reform, but instead challenge directly its legitimacy. That may be to their credit, but Scott fails to make a case for reparations, as she and the groups she supports envision this. What is in question are not claims made by slaves against their masters for unpaid labor. What she has in mind in is a claim for massive amounts of money against all whites by all American blacks, because the ancestors of some of these blacks were slaves and because many American blacks have subsequently been badly treated. Aid to African nations is also mandated, but the role of these nations in promoting the slave trade is unmentioned. The claim to reparations, we learn, is a debt that can never be repaid. “Paradoxically, the acknowledgment of the impossibility of repayment calls upon us to imagine the creation of more just futures” (p. 77). Though Scott would deem me morally obtuse, if not worse, the force of this reparations claim entirely escapes me.

Grand invocations that “I will unify us” are actually shorthand for “We mean to get our way, regardless of others’ well-being and desire.”

Klaus Schwab of the World Economic Forum has big plans for a "sustainable" future. Most of it involves the destruction of markets and basic human rights. 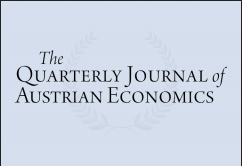 The Skyscraper Curse: And How Austrian Economists Predicted Every Major Economic Crisis of the Last Century

The Skyscraper Curse: And How Austrian Economists Predicted Every Major Economic Crisis of the Last Centuryby Mark ThorntonAuburn, Ala.: Ludwig von Mises Institute, 2018. Michael Novak ([email protected]) is a Ph.D. student in entrepreneurship at Oklahoma State University. He also holds an MBA from the University of Wisconsin-Whitewater.

The US Money Supply Was up 37 Percent in November

In November, money supply growth rate was essentially unchanged from October and remains near September’s all-time high. The stabilization we find in money-supply growth in recent months comes after eight months of record-breaking growth in the US which came in the wake of unprecedented quantitative easing, central bank asset purchases, and various stimulus packages.

The American Revolution Was a Culture War

Two hundred and forty-seven years ago this month, a group of American opponents of the Crown’s tax policy donned disguises and set about methodically destroying a shipment of tea imported into Boston by the East India Company. The vandals trespassed on privately owned ships in Boston Harbor and threw the tea into the ocean. 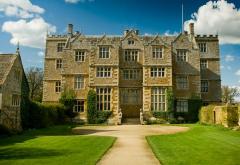 Feudalism and Cronyism in Machiavelli’s Italy

Although liberty is a recurring concern in Machiavelli’s writings, there is no consensus regarding either the definition of the concept or its relevance for his overall political thought.

The term environmental social governance (ESG) investing is relatively new. As described in Forbes, [An] approach that is slowly on the rise is ESG activism, where an activist fund will take a position in the security of a company with the aim of campaigning to make its business better in terms of governance, less environmentally unfriendly and more socially responsible.