by
Tyler Durden
My articles My siteMy booksMy videos
Follow on:Twitter
Summary:
It looks like the hiring (and retention) shortage isn’t just for rank-and-file minimum wage jobs. UBS has now said that, amidst historic competition and a “retention crisis” in the investment banking world (which we noted weeks ago), it is going to pay a one time ,000 bonus to its global banking analysts when they are promoted. This is double what some of the bank’s competitors are offering. It’s part of a push for lenders “to reward and retain younger employees weighed down by a surge in business and a prolonged work-from-home grind,” according to BNN Bloomberg. The bank is planning on paying the bonus to analysts who are promoted to associates, on top of regular salary increases. It marks a bonus that is about 30% of the base pay of a newly promoted

Weeks later, we profiled how the world’s top professional service firms and banks were showering their employees with luxury gifts and bonuses to try and prevent them from moving on to other opportunities. Even law firms were feeling the crunch; Financial Times reported last month that Davis Polk & Wardwell and Simpson Thacher & Bartlett, two elite law firms, gave one time bonuses between $12,000 and $64,000 to their employees for their “hard work during the pandemic”.

Latham & Watkins and Goodwin Procter also followed suit. Goodwin’s employees will be paid in two tranches, one in July and another in October.

Investment bank Jefferies gave its employees a choice of a Peloton, a Mirror or various Apple products. David Polk offered its employees wine packages, gift cards and shopping sprees. Credit Suisse – who has larger, Archegos-sized problems on its hands right now – said it would pay its junior staff $20,000 in bonuses.

We have also noted at length the ongoing labor shortage that has developed as a result of the government paying the unemployed more to stay home than they would make in the labor force.

Trillions in Biden stimulus has incentivized workers to not seek gainful employment, but rather to sit back and collect the next stimmy check for doing absolutely nothing in what is becoming the world’s greatest “under the radar” experiment in Universal Basic Income.

Even more amazing: a stunning 91% of small businesses surveyed by the NFIB said they had few or no qualified applicants for job openings in the past three months, tied for the third highest since that question was added to the NFIB survey in 1993.

On one hand, UBS seems hell bent on keep its new Gen Z employees who have recently been promoted to associate positions. After all, it was just hours ago that we wrote about how the bank was showering some newly promoted employees with one-time $40,000 bonuses.

After firing a raft of senior employees including its head of risk, Lara Warner, Credit Suisse has been struggling to move past a series of major risk-management failures that together could cost the bank $10 billion, or more, though the final tally of losses from the Archegos blowup isn’t yet known as the bank weighs whether it should cover some client losses associated with the “low risk” trade-finance funds that collapsed earlier this year.

Authored by Matthew Piepenburg via GoldSwitzerland.com,Recently, my colleague, Egon von Greyerz, and I had some unabashed yet blunt fun calling out the staggering levels of open hypocrisy and policy desperation unleashed by former Fed Chairman, Alan Greenspan.Poor Alan was an easy target of what I described as the “patient zero” of the reckless interest rate suppression and unbridled monetary expansion policies of the Fed which have always led to equally reckless boom and bust cycles in markets and economies.But let us be fair to comical Fed Chairmen like Greenspan, as he is not alone in making a mockery of his post at the Eccles Building.With the exception of Paul Volker and William Martin, the sad truth is that nearly every person who has sat in that lead Chair of a private bank

The $3 Trillion Hidden Exposure Behind The Archegos Blowup

Authored by Nick Dunbar of Risky FinanceWhen the family office Archegos Capital abruptly imploded in late March, prompting $50 billion in block trades and $10 billion in losses at Credit Suisse, Nomura, UBS and Morgan Stanley, many bank analysts were taken by surprise. Last week, many of these analysts sounded frustrated listening to Credit Suisse’s earnings call in which senior management skirted round without giving any real detail about the disaster.“Do you think it’s possible that this could produce a very fundamental reset in how your IRB credit risk models work?” wondered Stefan Stalmann of Autonomous Research. “I mean you have only CHF20 billion to CHF25 billion of counterparty credit risk-weighted assets on literally hundreds of billions of equity swaps and repos”.Risky Finance

With effect from 1 May 2021, Astrid Frey will take on the function of Swiss National Bank delegate for regional economic relations for the Central Switzerland region. She succeedsGregor Bäurle, who assumed the posit ion of Head of the SNB’s Regional Economic Relations unit on 1 January 2021. 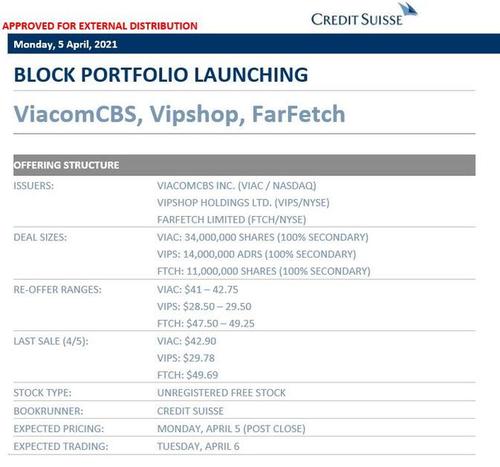 Roughly a weekand a-half has passed since Credit Suisse gated funds containing $10BN in assets packaged by Greensill, the troubled financial innovator that suckered in former British PM David Cameron, SoftBank and legions of clients and investors with its stated mission to “democratize” supply-chain finance.

Tyler Durden is a reference to the lead character in Fight Club. It's the pseudonym for Zero Hedge's key author(s) used to hide their identities.
My articlesMy siteMy books
Follow on:Twitter
Previous Electric Car maker feels the power of Switzerland
Next Technically Speaking: If Everyone Sees It, Is It Still A Bubble?