by
Marc Chandler
My articles My siteMy booksMy videosAbout me
Follow on:TwitterLinkedIN
Seeking Alpha
Summary:
Swiss Franc The Euro has fallen by 0.22% to 1.0792 EUR/CHF and USD/CHF, January 13(see more posts on EUR/CHF, USD/CHF, ) Source: markets.ft.com - Click to enlarge FX Rates Overview: The US dollar is regaining ground lost in yesterday’s setback against the major currencies. Sterling is the notable exception. It was toying with the .37 area, perhaps helped by the Governor of the Bank of England signal that there still are hurdles to adopting negative interest rates, which the futures market is still discounting for as soon as midyear. The US 10-year yield that reached 1.18% yesterday before slipping is now back to around 1.12%, which has taken off pressure from the other major bond markets and yields a little lower. Even in Italy, where the government is

As hinted yesterday, Japan has expanded its state of emergency to seven more prefectures beyond the Tokyo area. The state of emergency now covers an area that accounts for a little more than half of the nation’s GDP. This will prompt economists to slash their forecasts for Q1 GDP. A contraction of around 3.0%-3.5% at an annualized rate looks more likely now. Currently, the emergency protocols are expected to last until February 7. This will do no help for Prime Minister Suga’s public support that is waning. There is criticism that the government was too slow in declaring an emergency, and the vaccination program is not expected to start until late next month, adding to the angst. The BOJ meets next week and is now likely to cut its economic assessment.

The turmoil in Washington last week prompted the US State Department to cancel planned foreign trips. This included a planned controversial visit to Taiwan by the US Ambassador to the UN.  That visit has been canceled. The US State Department’s lifting of restrictions on interacting with Taiwan, days before Biden’s team is sworn in, spurred consternation in Beijing and increased cross-straits tension. Meanwhile, the arrests of 55 activists and politicians in Hong Kong last week have been widely condemned, but some reports suggest more arrests are likely in the near-term. Some have been critical of the new EU-China investment agreement struck at the end of last year. On the other hand, if Europe and the US are going to have a more coordinated response, the argument goes, Brussels needed the agreement to be on equal footing with the US that has the Phase 1 agreement in hand.

The dollar’s bounce against the yen ran out of steam near JPY104.40 at the start of the week. Today’s retreat brought it to about JPY103.50, the (50%) retracement of the bounce. It has recovered steadily since early Asia, and it’s pushing back toward JPY104 in the European morning, where an option for about $460 mln is struck and expires later today. Another option, for $915 mln, is struck at JPY104.15 and also expires today. The Australian dollar managed to marginally extended yesterday’s recovery and reached $0.7780 before finding sellers that have taken it to session lows below $0.7750 in the European morning. The next area of support is seen around $0.7725. The PBOC set the dollar’s reference rate at CNY6.4605, considerably stronger than the CNY6.4510 expected by the banks surveyed by Bloomberg. This is a relatively large miss, the most in a couple of years, according to the newswire. This seems to be the clearest signal to date that Beijing wants to steady the yuan. The dollar is near CNY6.47 after finishing last year near CNY6.5270.

Italy’s former Prime Minister Renzi, whose political party draws about 3% support but has two cabinet ministries, continues to threaten to leave the government in a dispute over fiscal policy and how to spend the EU’s recovery fund. A decision is expected later today. If Renzi does make good on his threat, the government will scramble to put together another coalition with the existing parliament.

While the Bank of England’s Tenreyro explicitly kept the door open to negative rates, the Governor suggested hurdles remain. On Bailey’s comments, the short-sterling futures (three-month deposit contracts) pared losses. However, the June, September, and December contracts are still implying negative rates (from minus 1.5 bp to minus 4.0 bp).

The euro reached the session high just shy of $1.2225 before the EMU industrial output report and has been sold in the European morning to near $1.2170. The week’s high, so far, was set on Monday around $1.2230. The quick decline has stretched the intraday technical indicators, but support is seen in the $1.2130-$1.2140 area.  As warned, the five-day moving average is now below the 20-day average for the first time since early November, further illustrating the end of the leg up that began around $1.16 and extended to $1.2350.  Sterling came within a few hundredths of a cent of its two and a half year high set on January 4 (~$1.3705). Initial support is seen by $1.3650. Its resilience is a bit surprising, and some demand appears to be coming from the cross, where the euro is at its lowest level since late November (straddling the GBP0.8900 area.).

The US dollar remains within Monday’s range against the Canadian dollar (~CAD1.2695-CAD1.2835). Yesterday’s pullback was extended fractionally, and the greenback found support above CAD1.2700. Initial resistance is seen near CAD1.2750 and then CAD1.2800.  However, the intraday technicals are stretched, and continued consolidation may be the most likely scenario. The Mexican peso is a little softer today, with the US dollar trading near MXN19.88. Last week, the dollar tested MXN19.60 but has found support yesterday, and so far today, closer to MXN19.78. 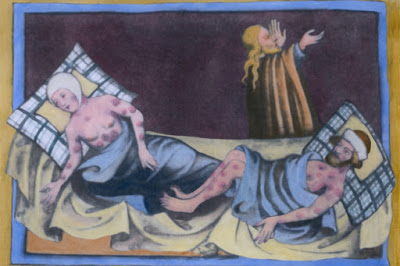 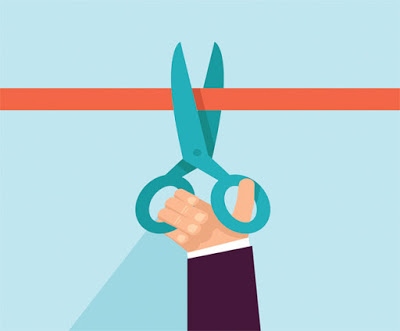 He has been covering the global capital markets in one fashion or another for more than 30 years, working at economic consulting firms and global investment banks. After 14 years as the global head of currency strategy for Brown Brothers Harriman, Chandler joined Bannockburn Global Forex, as a managing partner and chief markets strategist as of October 1, 2018.
My articlesMy siteMy booksAbout me
Follow on:TwitterLinkedINSeeking Alpha
Previous Covid: Switzerland grants approval for second vaccine
Next Surviving Tech Purges: What We’re Doing at the Mises Institute