by
Marc Chandler
My articles My siteMy booksAbout me
Follow on:TwitterLinkedIN
Seeking Alpha
Summary:
A distillation of the macro backdrop and important price considerations for selected currencies. US Dollar The market always has taken the Fed’s forecast for three rate hikes next year with a large dose of skepticism. The fed funds futures strip implies growing expectations that the Fed pauses after a hike in December and Q1 19. It is still unclear the direction of fiscal policy next year. It may be difficult for the Democrats to oppose making middle-class tax cuts permanent and an infrastructure initiative cannot be ruled out. Still, the most pressing fiscal issue is the possible partial closure of the government in early December, which the White House is threatening unless its proposed border wall with Mexico gets


Pater Tenebrarum writes In Gold We Trust, 2020 – The Dawning of a Golden Decade

A distillation of the macro backdrop and important price considerations for selected currencies. 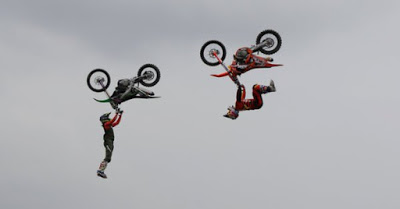 He has been covering the global capital markets in one fashion or another for more than 30 years, working at economic consulting firms and global investment banks. After 14 years as the global head of currency strategy for Brown Brothers Harriman, Chandler joined Bannockburn Global Forex, as a managing partner and chief markets strategist as of October 1, 2018.
My articlesMy siteMy booksAbout me
Follow on:TwitterLinkedINSeeking Alpha
Previous The Intolerable Scourge of Fake Capitalism
Next FX Daily, November 20: Equity Slide Continues

The Intolerable Scourge of Fake Capitalism