by
Swissinfo
My articles My booksMy videos
Follow on:TwitterFacebookGoogle +
Summary:
The metaverse is the latest technology frontier that banks are just starting to explore. Zuma Press, Inc. / Alamy Stock Photo A bank client attaches her ‘non-fungible token’ personal identity to a digital wallet, containing both traditional money and cryptocurrencies, and accesses decentralised financial investments via the metaverse. Despite the unfamiliar terminology, this is not science fiction. This is a new type of banking that is already active in conservative Switzerland – with the blessing of the financial regulator. The Swiss bank in question, Fiat24, is not a household name. It’s a new company that was last year awarded a fintech banking licence, which limits the volume of deposits it can accept to CHF100 million (2 million). But the licence does 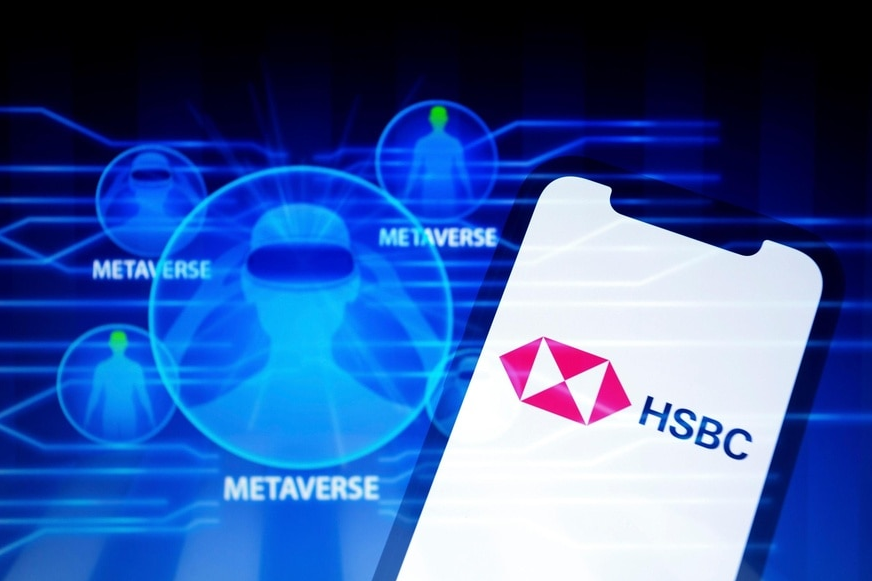 The metaverse is the latest technology frontier that banks are just starting to explore. Zuma Press, Inc. / Alamy Stock Photo

A bank client attaches her ‘non-fungible token’ personal identity to a digital wallet, containing both traditional money and cryptocurrencies, and accesses decentralised financial investments via the metaverse.

Despite the unfamiliar terminology, this is not science fiction. This is a new type of banking that is already active in conservative Switzerland – with the blessing of the financial regulator.

The Swiss bank in question, Fiat24, is not a household name. It’s a new company that was last year awarded a fintech banking licence, which limits the volume of deposits it can accept to CHF100 million ($102 million). But the licence does allow Fiat24 to introduce clients to the expanding world of decentralised finance, where investments and trades are managed by code rather than people.

A new wave of technology innovators believes the established method of banking, which needs three working days to process payments and takes possession of people’s money while imposing a range of fees, is unwieldy and outdated. Blockchain, the decentralised database on which cryptocurrencies are stored and traded without the need for intermediaries, was originally conceived as a ‘bank killer’. Now it’s slowly being absorbed by the banking system.

Encouraged by an engaged financial regulator and an overhaul of laws to incorporate blockchain technology, some Swiss banks already allow clients to dabble in the likes of bitcoin. SEBA and Sygnum, which gained full banking licenses in 2019, are more deeply connected with decentralised finance. For example, they transform company shares and oil paintings into ‘digital assets’ that trade directly between sellers and buyers on blockchains.

Fiat24 aims to take banking into Web3, a blockchain version of the internet that employs coding, known as smart contracts, to automate many of the tasks currently managed by banks or tech giants, like Apple or Facebook. In the world of finance, investment schemes are governed by smart contracts that automatically pay out on maturity or terminate positions when collateral becomes insufficient to cover losses.

Any physical or digital item can be coded into Web3 as a so-called non-fungible token (NFT). Fiat24 has devised an NFT that acts as a type of personal eID or digital passport. These NFTs remain in the direct control of holders and can be attached to any crypto wallet to prove their identity. “Web3 represents a fundamental change for society. It will allow people to take personal control their financial and intellectual assets,” Fiat24 co-founder Yang Lan told SWI swissinfo.

Several global banks also see potential in the metaverse – virtual playgrounds where people interact as avatars and create buildings or whole countries using augmented reality technology. Blockchains interact with metaverses by providing digital currencies for commerce and NFTs to prove ownership of the digital objects contained within these virtual spaces.

Banks like HSBC, Standard Chartered and JP Morgan, are buying up plots of metaverse land to connect with a new breed of tech-savvy client. This coincides with the falling number of brick-and-mortar bank branches in high streets around the world. The 2,451 Swiss bank branches at the end of last year has more than halved in number since 1990. The metaverse might prove a more satisfactory way for banks to engage with customers than far-flung call centres or online bots.

“People no longer walk into physical branches to learn about bank services. And it’s very hard to provide a compelling value proposition over a website,” Sebastien Borget, co-founder of the Sandbox metaverse, told the Point Zero technology conference in Zurich in June.

Borget described Sandbox as a virtual zone in which artistic creativity, gaming and commerce can thrive. Banks would be wise to build up a presence in this expanding economy and engage with people and companies, such as Nike, Zara and Gucci, that will make money there, he said.

Fiat24 has built its own metaverse for financial companies to advertise their wares. But Yang Lan admits that it will take a few years before banks fully grasp how to use these virtual worlds “not only for marketing purposes, but for providing real services for people”.

Banks could leverage the 3D visual and interactive nature of metaverses, says former UBS banker Martha Boeckenfeld, who is Partner and Dean of the Metaverse Academy – a Zurich-based educational organisation aimed at new businesses and professionals embracing the emerging technology.

“When people take out a mortgage they are not thinking about the loan – they are dreaming about the new home they will live in,” she told SWI swissinfo. Bank clients could be taken on a virtual tour of that home and surroundings as they decide on whether to go for the mortgage.

For Boeckenfeld, Web3 is a natural progression from people using smartphones or digital wallets and participating in ever-more complex interactive computer games. “There is a big transformation in progress right now,” she told SWI swissinfo. “One day, the digital economy will outgrow the real-world economy.”

But the experimental world of Web3 finance is also fraught with dangers. Several protocols built on top of the blockchain have been hacked and sucked dry of funds. The thinly regulated space has become subject to fraud and a great deal of hubris. Unwary or naïve investors, caught up in the excitement of rising cryptocurrency prices, can just as easily lose their shirts by risking their money at the wrong time or in a flaky investment that promises eye-watering profits.

The billions of dollars that evaporated during the crypto crash in the last few months are testament to the fragile nature of the market. That is why Boeckenfeld believes that banks will play an increasingly important role in the blockchain-based system that was originally conceived to replace traditional finance.

“Banks have long-established governance, risk and trading systems and a lot of expertise in helping clients to understand how to invest their money,” she said. “Banks have a huge opportunity to provide clients with the basis for entering this next phase in finance.”

SWI swissinfo.ch – the international service of the Swiss Broadcasting Corporation (SBC). Since 1999, swissinfo.ch has fulfilled the federal government’s mandate to distribute information about Switzerland internationally, supplementing the online offerings of the radio and television stations of the SBC. Today, the international service is directed above all at an international audience interested in Switzerland, as well as at Swiss citizens living abroad.
My articlesMy books
Follow on:TwitterFacebookGoogle +
Previous Zur Lage: Fragen, Fakten, Erkenntnisse, Konsequenzen – eine Auswahl
Next Heading into the Weekend, Dollar’s Downside Momentum Stalls