by
Ryan McMaken
My articles My booksMy videos
Follow on:TwitterLinkedIN
Summary:
It was last August when Jerome Powell began to admit that inflation just might be a problem. But even then, he was only willing to say that inflation would likely be “moderately” above the arbitrary 2 percent inflation standard. Back in August, low inflation—not high inflation—was still perceived to be the “problem.” But things had certainly changed by late November when Powell was forced by reality to retire “transitory” as the preferred adjective to describe price inflation. At that point, the Fed began strongly hinting that it would finally do something to rein in price inflation. But exactly when that might happen remained anyone’s guess. Fed Talks Big, Does Little Throughout the end of 2021 and into early 2022, the Fed settled into a comfortable pattern of

It was last August when Jerome Powell began to admit that inflation just might be a problem. But even then, he was only willing to say that inflation would likely be “moderately” above the arbitrary 2 percent inflation standard. Back in August, low inflation—not high inflation—was still perceived to be the “problem.” But things had certainly changed by late November when Powell was forced by reality to retire “transitory” as the preferred adjective to describe price inflation. At that point, the Fed began strongly hinting that it would finally do something to rein in price inflation. But exactly when that might happen remained anyone’s guess.

Rates of 4 or 5 Percent Are Needed

One percent may seem high to some market observers of recent rate cycles, but we’re now in a high-inflation environment with price inflation above eight percent. The Fed is going to have to do more than a mild hike here and there to make a dent in 8 percent CPI (Consumer Price Index) inflation. Even mainstream observers recognize this, and Ken Rogoff this week suggested that the odds of success in bringing down inflation with rate hikes of 2 percent or 3 percent “is really unlikely. I think they’re going to have to raise interest rates to 4% or 5% to bring inflation down to 2.5% or 3%:”

And no, there’s still no concrete talk of actually unraveling the balance sheet.

So as we look to the May Federal Open Market Committee meeting, the likely scenario is a small rate hike in the face of 8 percent inflation, with no significant changes to the balance sheet. That’s what we’re likely to get after months of increasingly hawkish talk from the Fed: Virtually nothing.

But looking at the state of the economy, it is increasingly clear why the Fed is unwilling to make any sudden movements. The economy is increasingly weak, and those in favor of the narrative that the US is in the midst of an economic boom have nothing to stand on but a low unemployment rate.

Most everywhere else, the data is less than impressive. Last week, new GDP (gross domestic product) data showed the economy actually shrank during the first three months of 2022. It’s not “officially” a recession until two quarter of economic contractions are recorded, but the fact is the economy is shrinking after two years of massive amounts of easy money. It should be booming.

Meanwhile, real disposable income has fallen so much in 2022 that it’s now below the trend, and is down 10.9 percent for the first quarter, year over year. And what about all those sky-high savings rates we kept hearing about during the covid panic? That has completely evaporated and in March, the personal saving rate fell to 6.2 percent, the lowest level reported since 2013. Consumer confidence and home sales fell in April. Inflation is outpacing wage growth.

The fallback position in the midst of all this, however, is to say something about how the unemployment rate is low, and how there’s a labor shortage. And indeed, Jerome Powell has repeatedly gone to that well, simply saying the “economy is strong” as his standard stock answer for why the Fed will just stay the course.

But reciting employment statistics in the midst of forty-year inflation highs and a shrinking economy has its limits. In fact, it betrays a sizable level of denial since, as Danielle DiMartino Booth noted on Tuesday, “Unemployment is the most lagging of all economic indicators.” If Powell relies on unemployment numbers to explain why the economy is “strong,” he will simply “evicerate his credibility.”

The reality is that the economy is contracting and personal finances are worsening. Inflation is high and wages are not keeping up. Under these conditions, the Fed will desperately want to embrace more easing so as to stave off a full-blown recession. An example of the Fed tightening just as the economy is weakening? That’s practically a unicorn. The big exception, of course, is Paul Volcker who in the economically weak days of the early 1980s embraced true monetary tightening to reduce inflation. It’s hard to see how Powell could do the same, as Powell has continually demonstrated that his Fed is very much a Fed committed to kicking the can down the road to serve short term political interests. This is an election year, after all.

That means it’s time to buckle up for more inflation. And, ultimately, we may get a recession anyway since it may be that all that is necessary to send the economy over the cliff is just another rate hike or two of 0.25 or 0.50 percent. 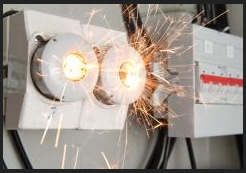 States continue to seek new ways to make the financial system an “economic chokepoint” enabling the state to crack down on specific organizations, individuals, or activities.

It Didn’t Begin with FDR: Currency Devaluation in the Roman Empire

The phenomenon of currency devaluation and its consequences is a process that not only occurred in modern times, but has much deeper roots, going back to antiquity. With the collapse of the Roman Republic, Caesar’s grandnephew Gaius Octavianus, renamed Augustus, rose to power and soon implemented a far-reaching monetary reform for the Roman common market.

President Biden on Thursday made two big admissions about the US-led economic sanctions on Russia. The first is that the sanctions will lead to food shortages for many countries other than Russia, and that this is simply the price that Americans ought to be forced to pay. Sergeant Javier Esqueda of the Joliet Police Department in Illinois thought he was doing the right thing by leaking a video recorded from inside of a squad car that showed a black man, Eric Lurry, in medical distress from a drug overdose being slapped and having a police baton forced in his mouth. Lurry later died from the overdose.

One of the realities that nullifies persistent interpretations of the European colonization of the Americas as a cataclysm of subjugation is the existence of state exploitation in the precontact New World.

Ryan McMaken is the editor of Mises Wire and The Austrian. Send him your article submissions, but read article guidelines first. (Contact: email; twitter.) Ryan has degrees in economics and political science from the University of Colorado, and was the economist for the Colorado Division of Housing from 2009 to 2014. He is the author of Commie Cowboys: The Bourgeoisie and the Nation-State in the Western Genre.
My articlesMy books
Follow on:TwitterLinkedIN
Previous Fed Day
Next Is Housing a Bubble That’s About to Crash?