by
Marc Chandler
My articles My siteMy booksAbout me
Follow on:TwitterLinkedIN
Seeking Alpha
Summary:
Swiss Franc The Euro has risen by 0.02% to 1.0743 EUR/CHF and USD/CHF, September 17(see more posts on EUR/CHF, USD/CHF, ) Source: markets.ft.com - Click to enlarge FX Rates Overview: Profit-taking after the FOMC meeting saw US equities and gold sell-off. The high degree of uncertainty without fresh stimulus did not win investors’ confidence. The Fed signaled rates would likely not be hiked for the next three years, and without additional measures, that appears to be the essence of the switch to an average inflation target. The MSCI Asia Pacific Index snapped a five-day advance, with several markets (Australia, Hong Kong, South Korea, and Malaysia off over 1%). The Dow Jones Stoxx 600 in Europe is ending a four-day rally and has halved this week’s gains with

As widely expected, the BOJ did not alter its stance or its bond-buying operations.  It did upgrade its economic assessment for the first time since the pandemic struck.  The market recognizes a recovery is underway after three consecutive quarterly contractions.  Assistance to the corporate sector remains a critical concern. However, Governor Kuroda does not appear poised to initiate new measures.  The dollar was near JPY105 when Kuroda’s press conference began and eased to the session low near JPY104.70 during the talk.  It remained pinned near there during the European morning.  August CPI will be reported tomorrow, and the core rate, which excludes fresh food, is expected to fall to -0.4% from flat in July.  It would be the lowest since 2016.

Australia offered a pleasant surprise.  Rather than lose 35k jobs as economists forecast in the Bloomberg poll (median), it gained 111k jobs.  The unemployment rate slipped from 7.5% to 6.8%.  Economists had expected it to have ticked up to 7.7%.  The participation rate ticked up (64.8%) rather than slip.  Full-time positions grew by 36.2k, roughly the same pace as in July.  Given the central bank’s somber assessment and the outbreak in Victoria, one cannot help but wonder if the proverbial other shoe is yet to drop.

The dollar is lower against the yen for the fourth session.  It broke below JPY105 yesterday for the first time since the end of July and found support, as we suggested, at JPY104.80.  It made a marginal new low today.  Although a new low can be recorded in North America today, the intraday momentum indicators are stretched, suggest limited immediate downside.  On the other hand, $2.3 bln in expiring options are struck between JPY105 and JPY105.10.  It is interesting, but not particularly impactful to know there are $3.4 bln in options in the JPY105.40-JPY105.55 area that will roll-off today.  The Australian dollar was initially sold to new lows for the week (~$0.7255) but has rebounded to straddle $0.7300 in the European morning.  The $0.7320-$0.7340 band offers the nearby cap.  The dollar rose by about 0.25% against the Chinese yuan, its first increase of the week.  The PBOC set the dollar’s reference rate at CNY6.7675, which was a little firmer than expected.  Recall the dollar finished around CNY6.8345 last week.  The dollar has risen in only one week since the end of June.  Our operating assumption is that the demand for yuan from foreign investors and as a result of its current account surplus is not overwhelming officials and that the persistence of the yuan’s gains can only come if Beijing thought it was in its interests.

The euro, as we have argued, is in a range, and it has not been trending higher for several weeks. It was sold a little below $1.1740 in Asia, its lowest level since August 12.  It recovered to almost $1.1820 in Europe before meeting new sellers.  Assuming the nearby expiring options (~880 mln euros at $1.18 and 530 mln euros at $1.1775) have been neutralized, note that there is a little more than a 500 mln euro option at $1.17 and a 1.2 bln euro option at $1.1850 that will be cut today. Sterling poked above $1.30 briefly yesterday but held below the $1.3040 (38.2%) retracement target of its drop from the start of the month.  It was sold down to almost $1.29 before snapping back to around $1.2975.  Sterling is continuing to recover against the euro, and that appears to be adding pressure to the single currency.  The euro approached GBP0.9080, which represents the (50%) retracement of the rally in the first half of the month.  A break would target the GBP0.9030 as the next retracement objective.

The Federal Reserve did not surprise the investors.  It delivered a dovish message without taking any new initiatives. Only one FOMC member saw a hike as likely in 2022.  Two did in June.  Projections were made for 2023 for the first time, and 13 of the 17 officials expect that it will still be appropriate to keep rates at the 0-25 bp. There were two dissents.  The first was by Minneapolis’ Kashkari, who wanted core inflation to be made explicit.  This confuses many observers and economists, but the Fed targets the headline PCE deflator but talks a great deal about core inflation.  Core inflation is emphasized but ironically not targeted because, over time, it appears that the headline inflation converges to core inflation, not the other way around.  Dallas Fed President Kaplan also dissented.  He wanted the Fed to have greater policy flexibility, which seems to be a pushback from a less dovish stance.

Chair Powell repeatedly claimed that forward guidance is sufficient and powerful. He cited that as a reason to believe that the current asset purchases (~$80 bln in Treasuries and ~$40 bln in mortgage-backed securities) were sufficient.  Although it seemed like a classic “buy the rumor sell the fact” type of activity, some observers suggested that without new tools to achieve its new inflation regime, the idea that the Fed would tolerate inflation above 2% when it could not reach 2% itself loses its potential sting.  The 10-year bond yield rose 1.5 bp to almost 0.70%.  The two-year note yield was unchanged (~0.14%).   The implied yield of the December 2023 Eurodollar futures contract rose by a single basis point to 39.5 bp.

Canada and Mexico have a light economic calendar today.  Canada reports July retail sales tomorrow.  A modest gain (1%) is expected after June’s 23.7% jump.  Mexico’s calendar is fairly light until the central bank meets a week from now, but is widely expected to sit pat with its overnight rate at 4.5%.  The US dollar is near the best levels of the month against the Canadian dollar.  It rose to almost CAD1.3250 earlier today, which likely means that that option for $335 mln at CAD1.3225 has been neutralized.  The US dollar’s eight-week slide against the Loonie ended last week.  It was virtually flat coming into today’s session for the week.  A move above CAD1.3250 could spur greenback gains toward CAD1.3300-CAD1.3320.   The US dollar fell to a new six-month low yesterday against the Mexican peso near MXN20.9230.  It has recovered the MXN21-handle but needs to overcome resistance in the MXN21.16 area to signal a further recovery into the MXN21.30-MXN21.50 area.  The greenback settled last week near MNXN21.76, its fifth consecutive weekly decline.  Lastly, as expected, Brazil’s central bank kept the Selic rate at a record low of 2%. The dollar looks comfortable in a BRL5.0-BRL5.5 range, which it has been for three months, but for a brief probe higher in late August. 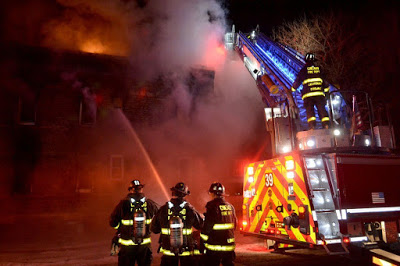 The Australian dollar powered to marginal news highs for the year as the move against the US dollar continued yesterday. The euro stopped a few hundredths of a cent below the high seen at the end of last week. However, neither sustained the upside momentum and have come back offered today. 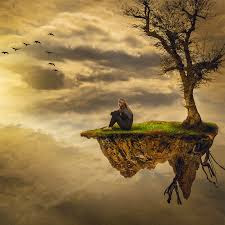 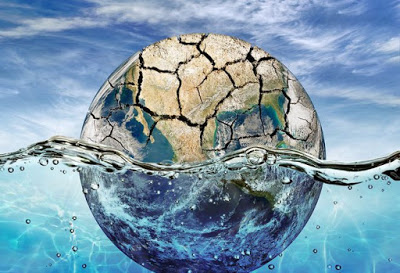 August Survey Data and Beyond

Economists are often lampooned because of their inability to forecast changes in the business cycle. But the pandemic helped them overcome the challenge this time. A record contraction in Q2 was anticipated before in March. Similarly, economists generally expected the recovery after the March-April body blow.


Tags: #USD,Bank of England,Bank of Japan,Brazil,Brexit,Featured,federal-reserve,newsletter
2020-09-17
Marc Chandler
Full story here
Are you the author?
0 0

He has been covering the global capital markets in one fashion or another for more than 30 years, working at economic consulting firms and global investment banks. After 14 years as the global head of currency strategy for Brown Brothers Harriman, Chandler joined Bannockburn Global Forex, as a managing partner and chief markets strategist as of October 1, 2018.
My articlesMy siteMy booksAbout me
Follow on:TwitterLinkedINSeeking Alpha
Previous Referendum: Swiss to vote on ending EU agreement
Next The Saving Problem in America: Alternatives and Reforms