Home / SNB & CHF / What Is Stagflation and What Causes It?

What Is Stagflation and What Causes It?

by
Frank Shostak
My articles My booksMy videos
Follow on:
Summary:
The occurrence of stagflation is associated with a situation of general strengthening in the momentum of prices while at the same time the pace of economic activity is declining. A famous stagflation episode occurred during the 1974û75 period, as year-on-year industrial production fell by nearly 13 percent in March 1975 while the yearly growth rate of the Consumer Price Index (CPI) jumped to around 12 percent. Likewise, a large fall in economic activity and galloping price inflation was observed during 1979. By December of that year, the yearly growth rate of industrial production stood close to nil while the yearly growth rate of the CPI closed at over 13 percent. According to popular thinking of that time, the central bank influences the pace of economic

The P-F Explanation of Stagflation

Starting from a situation of equality between the current and the expected rate of inflation, the central bank decides to boost the rate of economic growth by raising the growth rate of money supply. As a result, a greater supply of money enters the economy and each individual now has more money at his disposal. Because of this increase, every individual believes he has become wealthier. This raises the demand for goods and services, which in turn sets in motion an increase in the production of goods and services.

This increases producers’ demands for workers and, subsequently, unemployment falls below the equilibrium rate, which both Phelps and Friedman labeled the natural rate. Once the unemployment rate falls below the equilibrium rate, this exerts upward pressure on price inflation. According to P-F, individuals realize there has been a general loosening of the money supply, so people form higher inflation expectations, and individuals realize that their previous increase in purchasing power now is dwindling.

This weakens overall demand for goods and services which, in turn, weakens overall demand, which then slows production of goods and services, pushing unemployment higher. Note that we are now back with respect to unemployment and economic growth to where we were prior to the central bank’s decision to loosen its monetary stance, but now with a much higher rate of inflation.

Consequently, we have a decline in production of goods and services and a rise in unemployment, along with an increase in price inflation: stagflation. From this, P-F concluded that as long as the increase in the money supply growth rate is unexpected, the central bank can engineer an increase in the rate of economic growth.

However, once people learn about the increase in the money supply and assess the implications of this increase, they adjust their conduct accordingly. Not surprisingly, the temporary boost to the economy from the increase in the money supply disappears. In order to overcome this hurdle and strengthen the rate of economic growth, the central bank would have to surprise individuals through a much higher pace of monetary pumping.

However, after a time lag, people learn about this increase and adjust their conduct accordingly. Consequently, the effect of the higher growth rate of money supply on the economy will likely vanish again and a much higher inflation rate is all that remains. From this, P-F concluded loose monetary policies can only temporarily generate economic growth, and over time, such policies will result in higher price inflation. Thus, according to P-F, there is no long-term tradeoff between inflation and unemployment.

In a market economy, a producer exchanges his product for money and then exchanges that money for other products. Alternatively, we can say that exchanges of something for something take place by means of money. Also, in order for the exchange among producers to take place, these producers must have produced useful goods and services.

However, things are different once money is generated out of “thin air” due to central bank policies and fractional reserve banking. Once money out of “thin air” is employed, it sets in motion an exchange of nothing for something, amounting to a diversion of wealth from wealth generators to the holders of newly generated money.

Note that an exchange of nothing for something creates a diversion of wealth, and is going to take place regardless of whether the increase in money supply is expected or unexpected. This means that even if money expansion is expected, it still is going to undermine economic growth.

Then What Causes Stagflation?

Note that the price of a good is the amount of money paid for the good. When new money enters a market, it means that more money is paid for the good in this market, which increases the price of this good. Once the good is perceived as fully valued, the money leaves to other markets. Hence, money moves from one market to another market. Over time, an increase in money supply manifests itself through increases in prices of goods and services.

This creates a situation in which increases in money supply undermine the process of wealth generation, damaging economic growth. At the same time, we have more money per goods, which means that prices of goods are higher than before the increase in money supply took place. Thus, the increase in goods prices along with weaker economic growth, which we define as stagflation.

Stagflation is the end result of monetary pumping. Therefore, whenever the central bank adopts an easy monetary stance, it also sets in motion stagflation in the future. Now, for P-F and most economists, the criteria for accepting a theory is a supporting statistical correlation. It is because of the visible stagflation of 1970s that the P-F’s theory of stagflation gained wide support.

The fact that over time a strengthening in the monetary growth may not always manifest through a visible stagflation does not refute what we conclude regarding the consequences of increases in monetary pumping upon economic growth and prices.5 A theory that relies only on observed correlations is simply an exercise in curve fitting. What matters for the state of an economy is not the manifestation of stagflation, but rather increases in the money supply out of “thin air.”

Increases in the money supply set in motion an exchange of nothing for something, transferring resources from wealth generators to non–wealth generators. Consequently, this weakens both the wealth generation process and the pace of economic activity. When new money enters goods markets, it means there is more money per goods, which increases their prices. Therefore, we have an increase in goods prices along with weakening of economic growth.

This is what stagflation is about. Monetary pumping over time always results in stagflation, although it often is not immediately visible. As the pool of wealth comes under pressure, however, the phenomenon of stagflation becomes all too real.

European politicians are eager to be seen as "doing something" to oppose the Russian regime following Moscow’s invasion of Ukraine. Most European regimes have wisely concluded—Polish and Baltic recklessness notwithstanding—that provoking a military conflict with nuclear-armed Russia is not a good idea. 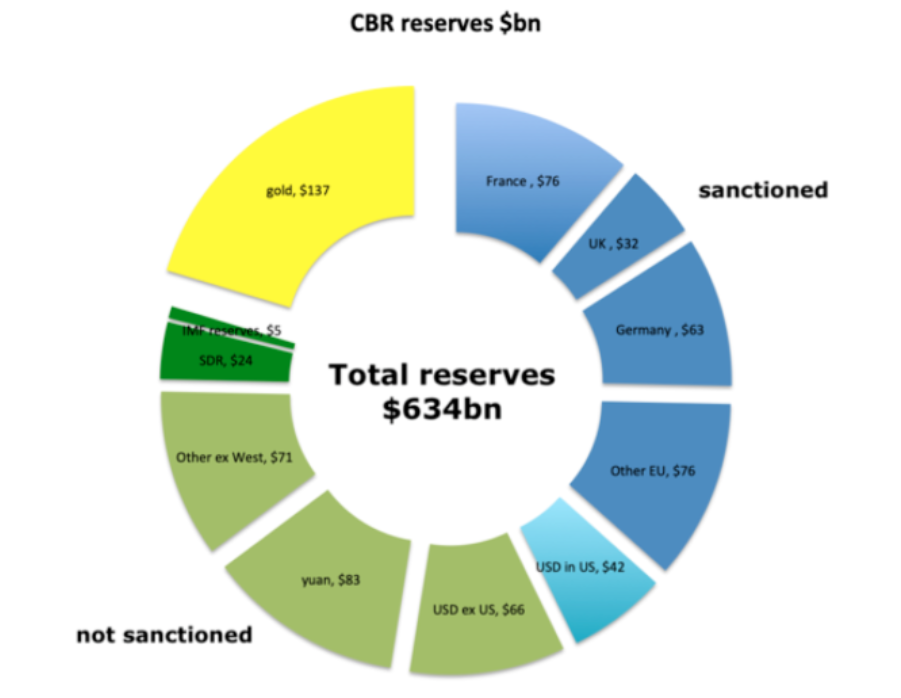 Heavy Sanctions against Russia Could Usher in a Wider Economic War

Vladimir Putin’s invasion of Ukraine was met with unprecedented economic sanctions by the United States and its allies in order to cripple Russia’s capacity to wage war. Never before in post–World War II history has an economy of Russia’s size been reprimanded with such force. Moreover, the sanctions could remain in place after the war ends and reach other major economies too, in particular China. In this case, current sanctions could be the harbinger of a longer-term economic war with dire consequences for global productivity and welfare.
Sweeping Sanctions Invite Countersanctions
The round of sanctions imposed on Russia following the annexation of Crimea in 2014 were limited to travel bans, freezing of the assets of certain Russian officials, and a prohibition of credit and technology

Back to 2020, the federal government’s covid-mandated shutdown of meat production plants hobbled the nation’s meat production capabilities, leaving farmers with nowhere to send their beef. This resulted in them having to cull cattle and other livestock. The uncertainty caused farmers to scale back their production at the time, which Arun Sundaram told CNBC “can affect production more than a year, year and a half down the road.”

In the incessant media discussion about whether inflation is transitory there is a big elephant in the room about which all are silent. Perhaps strangely some do not see it. Others for whatever reason pretend it is not there. The elephant is the fantastic surge in US corporate profits that monetary inflation has fueled during the second year of the pandemic. 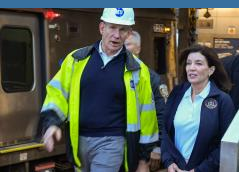 Frank Shostak is an Associated Scholar of the Mises Institute. His consulting firm, Applied Austrian School Economics, provides in-depth assessments and reports of financial markets and global economies. He received his bachelor's degree from Hebrew University, master's degree from Witwatersrand University and PhD from Rands Afrikaanse University, and has taught at the University of Pretoria and the Graduate Business School at Witwatersrand University.
My articlesMy books
Follow on:
Previous Simple Economics and Money Math
Next Hotel booking platforms to face legal restrictions