by
Win Thin
My articles My booksMy videosAbout me
Follow on:LinkedIN
Seeking Alpha
Summary:
The two-day FOMC meeting starts tomorrow and wraps up Wednesday afternoon. While no policy changes are expected, we highlight what the Fed may or may not do. We expect a dovish hold, with Powell underscoring the growing downside risks facing the US economy in the coming months. RECENT DEVELOPMENTS The US outlook has worsened since the November FOMC meeting. Infection numbers are making new highs with no sign of abating. There is no national strategy to contain the virus, so we are getting a hodgepodge of state level responses. With the pandemic stretching on, markets are realizing that the current phase of the recovery is stalling out right now, and that the full recovery will be pushed out further into next year with the likelihood of tighter restrictions

The two-day FOMC meeting starts tomorrow and wraps up Wednesday afternoon. While no policy changes are expected, we highlight what the Fed may or may not do. We expect a dovish hold, with Powell underscoring the growing downside risks facing the US economy in the coming months.

WHAT ELSE CAN THE FED DO?

Despite the aggressive measures taken by the Fed so far, it still has some tools at its disposal. Here, we look at several moves that the Fed could make in the coming months if needed.

Why do we remain negative on the dollar? We note that the dollar typically does poorly at the onset of each round of QE before eventually recovering. Looking back to the financial crisis, the Fed first started Quantitative Easing (QE) in November 2008 when it announced plans to purchase $600 bln of agency mortgage-backed securities (MBS). DXY fell around 12% over the next month but then recovered to trade even higher by March 2009. QE1 was extended in March 2009 with another round of agency MBS purchases worth $750 bln as well as $300 bln worth of longer-dated US Treasuries. DXY fell around 17% over the next eight months but then recovered nearly all its losses by June 2010. In addition, we think the global investors are in the process of diversifying away from US assets, especially away from US equities. Moreover, we expect increasing hedging demand by foreign investors holding US assets to accelerate the dollar’s cyclical move lower.

This time around, the Fed announced unlimited QE on Monday March 23. It’s not a coincidence that the dollar peaked the previous Friday, with DXY putting in a cyclical top near 103. Since then, DXY has fallen around 12%. The euro bottomed on March 23 near $1.0635 and has since climbed around 14%. Sterling had done even better, climbing around 17% from its March 20 low near $1.1410, while the yen has been the laggard, rising around 7% since late March.

What usually turns the dollar around after subsequent bouts of QE is the recovery in the US economy. We are not getting that now due to our failure to control the virus that has kept large swathes of the country from fully reopening. If and when the virus is under control, that is when the economy (and the dollar) could stage a sustainable recovery. But we are nowhere near that yet. 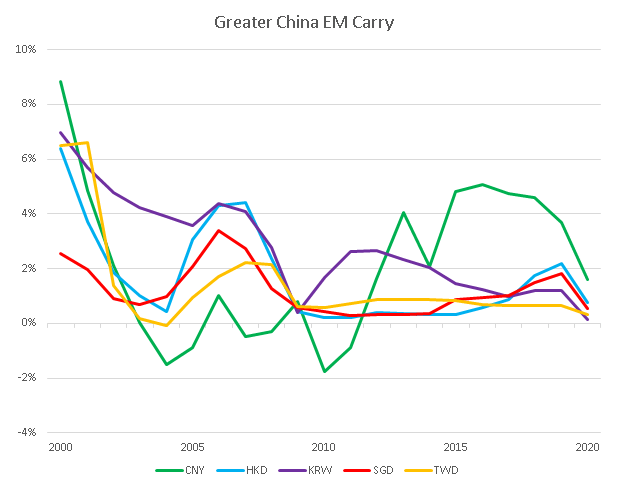 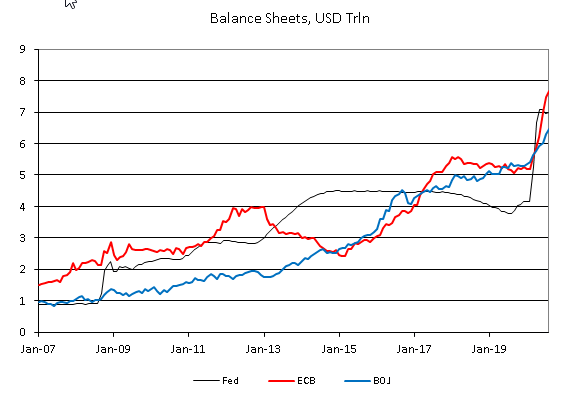 The US political outlook has been upended by recent developments; lack of a significant safe haven bid for the dollar so far is telling. This is a very quiet week in terms of US data; FOMC minutes will be released Wednesday; there is a full slate of Fed speakers. 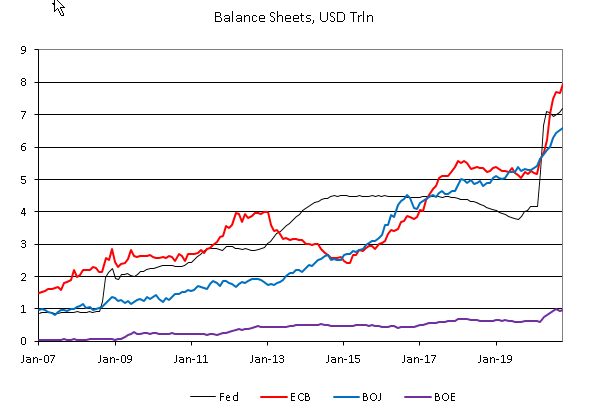 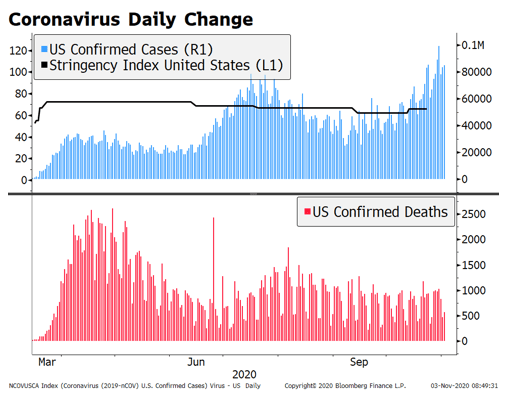 The Senate passed a stopgap bill late Friday that will keep the government funded until midnight this Friday; optimism on a stimulus deal appears to be picking up; the two-day FOMC meeting ending with a decision Wednesday will be important.

Win Thin is a senior currency strategist with over fifteen years of investment experience. He has a broad international background with a special interest in developing markets. Prior to joining BBH in June 2007, he founded Mandalay Advisors, an independent research firm that provided sovereign emerging market analysis to institutional investors. He received an MA from Georgetown University in 1985 and a B.A. from Brandeis University 1983. Feel free to contact the Zurich office of BBH
My articlesMy booksAbout me
Follow on:LinkedINSeeking Alpha
Previous Entrepreneurial Empowerment: You Are Only as Good as Your Employees
Next Switzerland and UK sign agreement on mobility of service suppliers

Entrepreneurial Empowerment: You Are Only as Good as Your Employees