Home / SNB & CHF / Gold and Silver to Explode Higher Regardless of the US Election Result?

Gold and Silver to Explode Higher Regardless of the US Election Result?

by
Stephen Flood
My articles My booksMy videos
Follow on:
Summary:
Today we are taking our weekly look at the charts for gold and silver. After what has been the most unusual campaign season for both candidates, election day has finally arrived. Regardless of your political persuasions, both gold and silver look to be setting up for an explosive move higher. First let’s take a look at the gold price chart… After pulling back from its all-time high of approx. ,065, gold has consolidated and seems to have formed a nice base. It has been trading in a range between approximately ,860 and ,930, with the lower support level proving strong. The uncertainty of the election result, coupled with the indecision of the next stimulus package has left many investors on the side lines for now, but we are seeing some bullish signals

Silver to Quickly Move Above $27

If the precious metals markets were to take positive signal from the election process and result, a break above the $25.00 level is on the cards in the short-term with a relatively quick move higher to $27.00 and above.

However, the trend support line that has been in place since the March lows was recently breached showing that silver could still be vulnerable to a move lower. And a close below $22.80 exposes us to the fact that there is little technical support before $19.50.

The markets do not like indecision. Lack of clarity will cause increased volatility over the next few weeks. Regardless of which candidate wins the long term prospects for both gold and silver are solid but in the short-term there may be some short lived storms as the bulls and bears fight for supremacy in the precious metals markets. 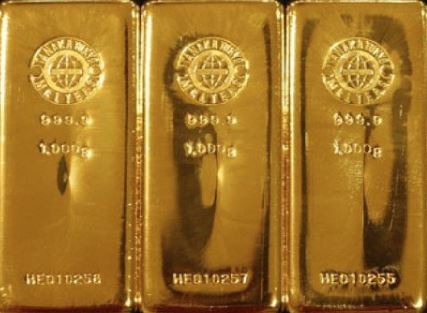 Investment in gold has risen during pandemic. The value of gold coins and bars stored for clients by Irish precious metals broker GoldCore has surged 68pc so far this year to more than €100m.

The value of gold coins and bars stored for clients by Irish precious metals broker GoldCore has surged 68pc so far this year to more than €100m.

Gold prices last week topped the $2,000-per-ounce level for the first time as investors seek havens from the pandemic.

“We are seeing demand on a scale which has not been seen since the early stages of the global financial crisis in 2009 and we expect that to continue in the coming months,” said GoldCore CEO Stephen Flood.

Spot gold headed for back-to-back gains as investors weighed the outlook for the metal’s record-setting rally after this week’s dramatic price swings. Silver climbed the most in more than five years.

Anxiety about an increase in Covid19 cases and fears of a second wave coupled with revelations of historic money laundering practices of major global banks weighed heavily on financial markets yesterday.

Where Next for Gold & Silver

Markets have struggled to find a clear direction as they attempt to digest US election news, debate performance, the impact of increased Covid-19 restrictions in many countries and vaccine news.

Gold and Silver Set for a Breakout?

Today we are taking our weekly look at the charts for gold and silver. Corvid 19, the US Election and US Financial Stimulus talks have given gold plenty to digest over the last week. On a short term basis gold has been taking a lot of signal from the fortunes of the stock markets and increased hopes of agreement of a financial stimulus package gave a boost to both stock markets and the gold price.

My articlesMy books
Follow on:
Previous The Idea that Democracy Is the Same as Liberty Is a Weapon in the Hands of Despots
Next Here’s Our Historical Analogy Menu: Rome, the USSR or Revolutionary France