What’s so special about crypto?

by
Pascal Hügli
My articles My booksMy videos
Follow on:
Summary:
Towards the end of 2017, Bitcoin — and with it other cryptocurrencies — experienced a real hype. Within a few months, prices shot through the ceiling. The euphoria was ginormous and in hindsight pure madness. With the new year, the disillusionment arrived. The market capitalization of all cryptocurrencies fell by more than half and prices plunged. This somewhat harsh consolidation was expected to bring the crypto world down to earth and many hoped that this phase would lead to a more solid foundation on which real knowledge, a greater sense of reality and a deeper understanding of crypto would inevitably flourish. After almost seven months into the new year though, the previously broad interest in crypto seems to be 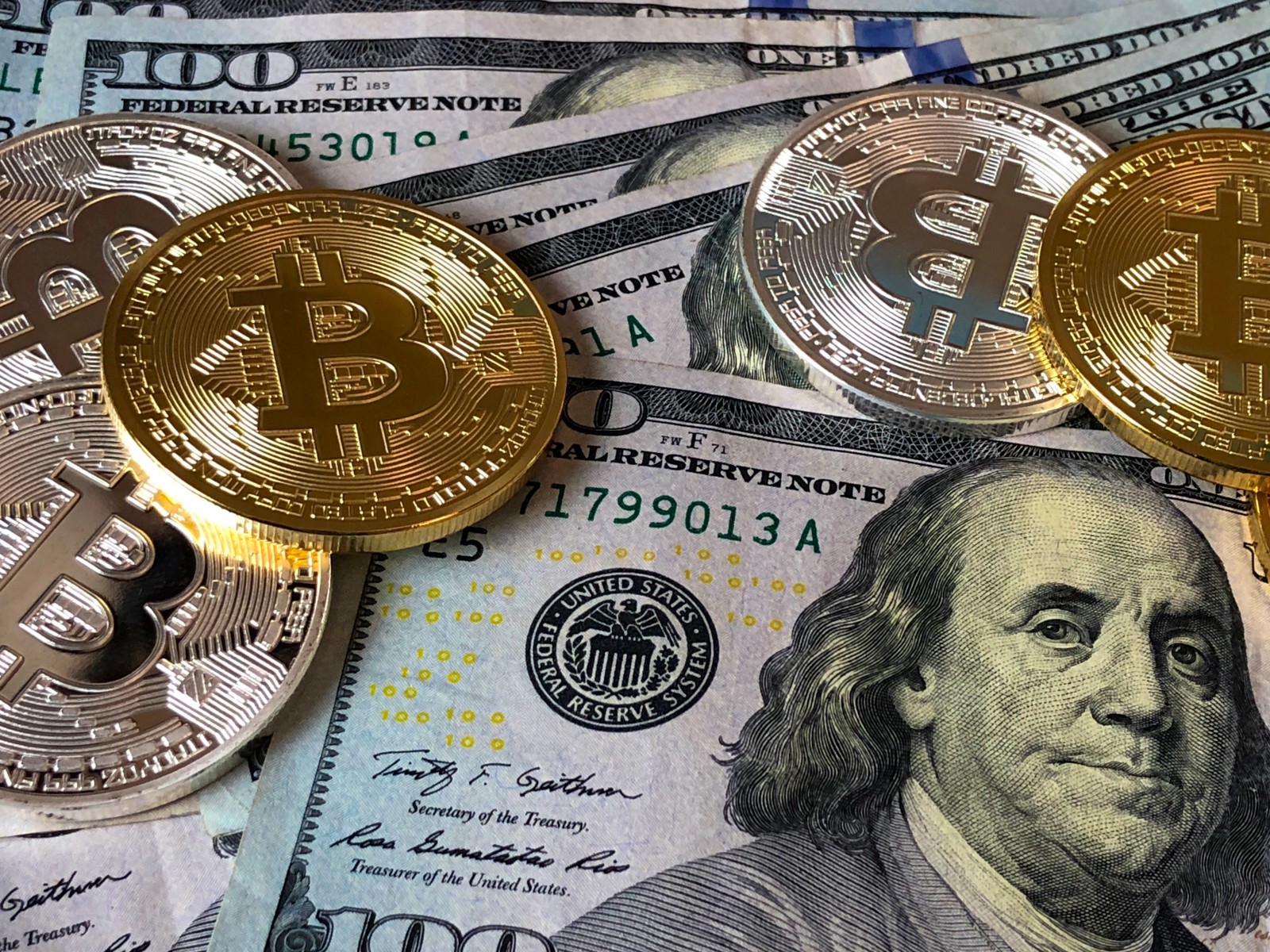 Towards the end of 2017, Bitcoin — and with it other cryptocurrencies — experienced a real hype. Within a few months, prices shot through the ceiling. The euphoria was ginormous and in hindsight pure madness.

With the new year, the disillusionment arrived. The market capitalization of all cryptocurrencies fell by more than half and prices plunged. This somewhat harsh consolidation was expected to bring the crypto world down to earth and many hoped that this phase would lead to a more solid foundation on which real knowledge, a greater sense of reality and a deeper understanding of crypto would inevitably flourish.

After almost seven months into the new year though, the previously broad interest in crypto seems to be gone. During everyday talks, this one question often comes up: “Does bitcoin still exist?” For quite a few people, the price bubble seems to have suffered its deadly pinprick — and even if the air has not yet completely left the bubble, the next few months will surely see to it, the general public believes.

Because of current prices, opponents of Bitcoin and Co feel reassured: To them, it has always been obvious that this crypto-phenomenon has been a snowball system, criminal tool and speculative hype all along, which is why the critics conclude that there is hardly any point in diving into this topic. Recently, the Bank for International Settlements expressed its devastating concerns: “The decentralized technology of cryptocurrencies, no matter how advanced, is a poor substitute for money based on sound institutions.

It is understandable that the self-appointed guardians of economic theory, together with other professors, politicians and economic experts, do not understand the Bitcoin phenomenon. How could they, after all, it blatantly contradicts textbooks, political events and theories about economic efficiency. Ultimately, however, their reactions, analyses and conclusions contribute little to a real understanding of the crypto world. Given that their awakening could be sobering when they see how the new technology is gradually disrupting the world of today, it is necessary to address the issue without ideological blinkers and an intellectual-ivory-towers attitude.

This is why an objective and sober attempt follows here to filter out the actual innovation, nature and raison d’être behind Krypto. Nothing is better for such a purpose than analyzing Bitcoin, the mother of all cryptocurrencies.

Bitcoin is often simply described as a new digital currency that criminals, gamblers and tax evaders would use to their advantage. Since Bitcoin actually enables value exchange over the Internet, it is undoubtedly used as a currency and thus for dark purposes. However, other currencies such as the US dollar, Euro or Swiss franc can also be used for dirty business. Due to the pseudonymity — and not anonymity — of Bitcoin and its increasing popularity, the cryptocurrency is becoming less and less suitable as a criminal tool after all. Authorities and investigators increasingly understand how easy it is to track each Bitcoin transaction on its public and accessible ledger (database).

Bitcoin (and ultimately some other cryptocurrencies) is not just a common digital currency that allows virtual payment like Apple Pay, Alipay or Twint. There is more behind Bitcoin: If you will, it is the solution to an ancient technological-mathematical problem, which enables new trust structures based on cryptography and mathematics. Bitcoin makes it possible to mitigate the inherent trust issues in human relationships, which are inherently susceptible to loss of trust due to human inability, negligence or even deliberate abuses of trust.

The problem Bitcoin was able to solve is the so-called “double-spend problem”. How can it be ensured that no Bitcoin units are spent to two people at the same moment without a central authority to check for this? So how does the Bitcoin payment system work without such a central accountant entity?

Bitcoin has technologically solved an ancient problem: the so-called Byzantine generals problem. The crucial question raised by the problem of the Byzantine generals: How do you ensure that several parties (generals) that are geographically separated from each other can reach a complete consensus before they carry out a jointly planned action (attack)? Or to put it differently: How do separate individuals reach a consensus on a matter concerning only them?

The following example illustrates the problem: Imagine being a general of the Byzantine army that is about to attack a besieged city. The army has surrounded the enemy city with several battalions, but each battalion is several kilometers away from the next one and is led by a different general. A coordinated attack from all sides at the same time would lead to victory over the besieged city, but if there is an uncoordinated attack, the battle is lost. Before the siege, the generals agreed to attack at dawn. But how can any general be sure that the others will cooperate and attack at the same time? They have no radios or smartphones and any signs such as torches or burning arrows to trigger an attack could be detected by the enemy. Of course, there is the possibility to send out messengers, but as a general one can never be sure whether the message has arrived correctly or whether the messenger has not been kidnapped and a traitor now delivers the message and deliberately leads you astray.

The first non-centralized ledger ever

Until Bitcoin arrived, this important problem was generally considered unsolved. To understand the solution Bitcoin provides, imagine the following: The troops are actually computers in a network and the generals are copies of a computer program that runs a database. Using cryptographic encryption, transactions and their creation date (timestamp) are recorded in this database (ledger) so that an exact transaction history is created. This database is identical on all computers participating in the network, i.e. each computer has an exact copy of the database. Therefore, a copy of the same database is spread over tons of computers. If the database is changed on one computer, every computer in the network makes the adjustment simultaneously. As soon as a change occurs on one ledger and this does not contradict the mathematics behind the bitcoin code, all other ledgers are updated as well. In this way, the entire network is always in agreement — there is a complete consensus at all times.

Through this innovation, Bitcoin created the first non-central database with a permanent consensus that mankind has ever seen. Through Bitcoin’s global network, people today can exchange values without ever having seen each other. This means that the most diverse parties, which are spread all over the planet, can find a consensus without the need for an intermediary, a controlling third party, to establish trust. The participants of the Bitcoin network can be sure that no “double-spend attacks” occur within the network, as these are detected and consequently discarded by the entire network of participating computers.

Bitcoin is not just another digital currency, but the first worldwide distributed non-central database, on which values can be registered and thus exchanged. This is innovation is what makes crypto so special. Often, Bitcoin is also described as “trustless”. However, Bitcoin does not eliminate trust. Solving the Byzantine generals’ problem has made it possible to switch from having to trust only one authority, to trusting many parties. The digital Bitcoin units are thus most likely to be understood as parts of the network, whereby trust in on entity is replaced by trust in the network itself. Certainly, such an approach is not automatically perfect. It is obvious, that Bitcoin will not be the panacea to all of the world’s problems like some people seem to think. Nevertheless, it is an important and overdue alternative that surely offers value, if only one understands the important role crypto can play in a world with fewer and fewer options.

Major inspiration for this article: https://www.youtube.com/watch?v=SF362xxcfdk&t=24s

A shorter version of this article was initially published in German here: https://www.10×10.ch/bitcoin-wirklich-verstehen/