by
Frank Shostak
My articles My books
Follow on:
Summary:
In response to the coronavirus, central banks worldwide are currently pumping massive amounts of money. This pumping, it is held, is going to arrest the negative economic side effects that the virus-related panic inflicts on economies. As appealing as it sounds we suggest that this view is erroneous. The view that more money can revive an economy is based on the belief that money transmits its effect through aggregate expenditure. With more money in their pockets, people will be able to spend more and the rest will follow suit. Money then, as one can see in this way of thinking, is a means of payments and a means of funding. Money, however, is not the means of payments but the medium of exchange. It does not have a life of its own; it only enables one producer to 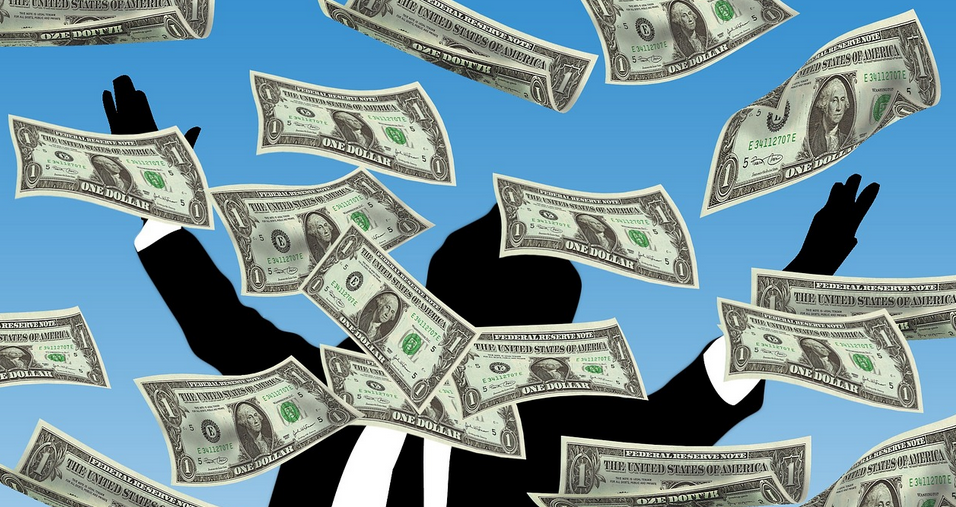 In response to the coronavirus, central banks worldwide are currently pumping massive amounts of money. This pumping, it is held, is going to arrest the negative economic side effects that the virus-related panic inflicts on economies. As appealing as it sounds we suggest that this view is erroneous.

The view that more money can revive an economy is based on the belief that money transmits its effect through aggregate expenditure. With more money in their pockets, people will be able to spend more and the rest will follow suit. Money then, as one can see in this way of thinking, is a means of payments and a means of funding.

Money, however, is not the means of payments but the medium of exchange. It does not have a life of its own; it only enables one producer to exchange his produce for the produce of another producer.

Thus, a baker exchanges his bread for money and then uses money to buy shoes. He pays for shoes not with money but with the bread, he produced. Money just allows him to make this payment. Also, note that the baker’s production of bread gives rise to his demand for money.

On this Mises wrote,

Within the framework of a free market, there cannot be such thing as “too little” or “too much” money. As long as the market is allowed to clear, no shortage of money can emerge.

Consequently, once the market has chosen a particular commodity as money, the given stock of this commodity will always be sufficient to secure the services that money provides. Hence, in a free market, the whole idea of the optimum growth rate of money is absurd.

As the operation of the market tends to determine the final state of money’s purchasing power at a height at which the supply of and the demand for money coincide, there can never be an excess or deficiency of money. Each individual and all individuals together always enjoy fully the advantages which they can derive from indirect exchange and the use of money, no matter whether the total quantity of money is great, or small. . . . the services which money renders can be neither improved nor repaired by changing the supply of money. . . . The quantity of money available in the whole economy is always sufficient to secure for everybody all that money does and can do. [2]

In a market economy, the purpose of production is consumption. People produce and exchange with each other goods and services in order to promote their life and wellbeing – their ultimate purpose.

What permits the baker to consume bread and shoes is his production of bread. Thus, a portion of his bread goes to his direct consumption while the other portion is used to pay for shoes.

Note that his consumption is fully backed up i.e. paid by his production. Any attempt then to raise consumption without the corresponding production leads to unbacked consumption, which must come at somebody else’s expense.

This is precisely what monetary pumping does. It generates demand, which is not supported by any production. Once exercised, this type of demand undermines the flow of real savings and in turn weakens the formation of real capital and stifles rather than boosts economic growth.

Hence, contrary to the popular way of thinking setting in motion an unbacked-by-production consumption by means of monetary pumping will only stifle and not promote economic growth.

This is because unbacked consumption will weaken the flow of real savings and thus weaken the source that funds real economic growth. If it had been otherwise then poverty in the world would have been eliminated a long time ago. After all everybody knows how to demand and to consume.

The only reason why in the past loose monetary policies seemed to grow the economy is because the pace of real savings generation was strong enough to absorb increases in unbacked consumption.

Once, however, the pace of unbacked consumption reaches a stage where the flow of real savings weakens the economy falls into a severe recession.

Any attempt by the central bank then to pull the economy out of the slump by means of more pumping makes things much worse for it only further strengthens unbacked or non-productive consumption, thereby destroying whatever is left of real savings.

The collapse in the sources of real economic growth exposes commercial banks’ fractional reserve lending and raises the risk of a run on banks. Consequently, to protect themselves banks curtail the creation of credit out of “thin air”.

Even more, good businesses because of price deflation are reluctant to borrow. Furthermore, because of loose monetary policy the low interest return against the background of a growing risk further diminishes banks’ willingness to expand credit. All this puts downward pressure on the stock of money.

Hence, the central bank may find that despite its attempt to inflate the economy money supply will start falling. Obviously, the Fed could offset this fall by aggressive monetary pumping.

The central bank could monetize the government budget deficit – it could mail checks to every citizen of the US. All this, however, will only further undermine real savings and devastate the real economy.

Neither the central bank nor the government are wealth generators they are supported by diverting resources from the wealth-generating private sector.

This means that any measures that the government is going to undertake must be at the expense of activities that are generating wealth. Needless to say that this will weaken the ability of the economy to generate goods and services.

Hence, regardless of good intentions neither the central bank nor the government are capable to help the economy to counter the damage inflicted by the coronavirus. Only the wealth-generating private sector could do it.

We have however, seen that without the increase in real savings it is not possible to increase the production of goods and services. Hence if the ability of the economy has been damaged boosting the demand is not going to repair the damage if the flow of real savings was weakened.

Central Bankers Are Running Out of Options

Corona fears have shifted the world’s central banks into hyperdrive. Talk more, do more, lend more—and buy everything that moves. One after the other, the major central banks took to the barricades, manned the canons, fired their bazookas, and every other military metaphor you can think of.

However high the death rate of the COVID-19 coronavirus becomes, the governmental response to the threat will be even more dangerous. If the current blockade of economic life continues, more people will die from the countermeasures than from the virus itself. In a short time, the basic supply of everyday goods will be at risk. By interrupting the global transport and supply chains, important medicines will be missing and food supplies will be insufficient.

It is widely held that financial asset prices fully reflect all available and relevant information, and that adjustments to new information is virtually instantaneous. This way of thinking which is known as the Efficient Market Hypothesis (EMH) is closely linked with the modern portfolio theory (MPT), which postulates that market participants are at least as good at price forecasting as any model that a financial market scholar can come up with, given the available information.

The shutdown of the American economy by government decree should end. The lasting and far-reaching harms caused by this authoritarian precedent far outweigh those caused by the COVID-19 virus. The American people—individuals, families, businesses—must decide for themselves how and when to reopen society and return to their daily lives.

The Crisis Has Exposed the Damage Done By Government Regulations

As we watch in real-time how governments respond to the novel coronavirus pandemic, some of the most predictable forms of state overreach—from restrictions on the freedom of assembly to the suppression of regular commerce—have been rolled out. Thankfully, there is no unified world government, so there exist various examples of how certain countries are dealing with the crisis that we can closely examine and learn from.

The Pandemic Exposed the Frailty of the Financial System

Despite the more optimistic claims of political pundits and Federal Reserve officials (Jerome Powell, specifically), things are far from being under control. Notwithstanding archetypal Austrian objections to “loose” monetary and fiscal policies on the grounds that they create production structures that ultimately deplete the pool of real savings, the operational failures of central banks cross-globally are largely nested in faulty axioms.

In March, US Deaths From COVID-19 Totaled Less Than 2 Percent of All Deaths

About 2.9 million people die in the United States each year from all causes. Monthly this total ranges from around 220,000 in the summertime to more than 280,000 in winter. In recent decades, flu season has often peaked sometime from January to March, and this is a major driver in total deaths. The average daily number of deaths from December through March is over eight thousand.

Frank Shostak is an Associated Scholar of the Mises Institute. His consulting firm, Applied Austrian School Economics, provides in-depth assessments and reports of financial markets and global economies. He received his bachelor's degree from Hebrew University, master's degree from Witwatersrand University and PhD from Rands Afrikaanse University, and has taught at the University of Pretoria and the Graduate Business School at Witwatersrand University.
My articlesMy books
Follow on:
Previous In March, US Deaths From COVID-19 Totaled Less Than 2 Percent of All Deaths
Next Restricted Market Trading Comments

In March, US Deaths From COVID-19 Totaled Less Than 2 Percent of All Deaths