by
Claudio Grass
My articles My booksMy videos
Follow on:TwitterLinkedIN
Summary:
INTERVIEW WITH H.S.H. PRINCE MICHAEL OF LIECHTENSTEIN – Part I of II As we’re preparing to leave 2020 behind, a year that will most likely feature prominently in future history books, it is hard to look back on all that has happened without a sense of apprehension and uncertainty over what lies ahead. A lot has changed, economically, socially and politically, and those changes and challenges are unlikely to subside in the year to come. Whether they have paved the way for a darker future or whether they might instead act as powerful catalysts for positive shifts towards more decentralization and more individual freedom, is the greatest question before us now. To help me answer it, I turned to H.S.H. Prince Michael of Liechtenstein, a man whose intellect,

INTERVIEW WITH H.S.H. PRINCE MICHAEL OF LIECHTENSTEIN – Part I of II

As we’re preparing to leave 2020 behind, a year that will most likely feature prominently in future history books, it is hard to look back on all that has happened without a sense of apprehension and uncertainty over what lies ahead. A lot has changed, economically, socially and politically, and those changes and challenges are unlikely to subside in the year to come. Whether they have paved the way for a darker future or whether they might instead act as powerful catalysts for positive shifts towards more decentralization and more individual freedom, is the greatest question before us now.

To help me answer it, I turned to H.S.H. Prince Michael of Liechtenstein, a man whose intellect, experiences and sharp analyses I’ve long admired and relied upon when trying to figure out where exactly we stand and what comes next. He graciously agreed to the following interview, the timing of which is particularly apt and interesting.

Our last interview took place around the start of the pandemic, right when world leaders were beginning to take measures that were still seen as extreme and unprecedented, and when the information and data we had about the virus was still new and limited. In that interview, Prince Michael sternly cautioned that “a crisis must never be misused to extend state power”. Today, all these measures, the lockdowns, the travel bans, the government checks and the countless restrictions that govern our daily lives seem to have become part of our “new normal”. Many citizens have already gotten used to them and are no longer surprised, some even demand more of them. And yet, there are questions, doubts and grave concerns that are increasingly spreading among the productive parts of the population and among individuals that treasure self-reliance and self-responsibility: For how long can the standard governmental response be sustained? What are its side effects and impact on the real economy, on working people and on society at large?

His Serene Highness Prince Michael of Liechtenstein is the Executive Chairman of Industrie- und Finanzkontor Etablissement, a leading Liechtenstein-based trust company with a tradition and expertise in the long-term and trans-generational preservation of wealth, values and businesses. Furthermore, he is the founder and Chairman of Geopolitical Intelligence Services AG, a geopolitical consultancy company and information platform headquartered in Vaduz. In addition, Prince Michael of Liechtenstein is a Board Member of the Liechtenstein Institute of Professional Trustees and Fiduciaries, Chairman of the liberal think tank European Center of Austrian Economics Foundation and Board Member of the International Institute of Longevity.

Claudio Grass (CG): As this extraordinary year comes to end, if you take stock of all that has happened, socially, politically and economically, are you optimistic for 2021 or do you fear that everything that plagues us, metaphorically and literally, will continue unabated into the new year too?

HSH Prince Michael of Liechtenstein (PM): Generally, I am a very optimistic person. Mankind is a very resistant and resilient species. We have passed much larger crises than this one, and we can ask ourselves if the real problem is the epidemic itself or rather the way societies are prepared for a crisis. Is the problem the crisis management or the fact that societies, spoiled by a long lasting welfare, cannot handle risk and threats anymore? The result of these doubts is that I cannot answer your question with a Yes or a No.

CG: Now that we have a fuller image of the actual scale of the economic destruction caused by the lockdowns and the shutdowns, and as we see a lot of nations, especially in Europe, double down on this strategy, how sustainable do you think this direction really is?

PM: The direction taken is certainly not sustainable. The big danger lies in a global bureaucracy that has implanted itself in national governments, supranational organisations and NGO’s and that takes advantage of a state of emergency in order to limit individual freedom, the freedom of choice and the “pursuit to happiness” in favor of a strongly planned economy and society. The “New Normal”, proposed for instance by the World Economic Forum (WEF) in its paper called the “Great Reset”, goes exactly in this direction. Interesting, how some of the American Oligarchs, governments and the WEF agree on a technocratic world government. The consequences of the intentions in the paper can appear to have similarities with some of the Leninist projections of the Marxist world revolution.

CG: The most widespread remedy for the damage caused by the economic restrictions has been printing, massive spending or just blindly giving cash away. Are you concerned about this approach? Apart from inflationary issues, do you also see political and social dangers coming out of policies that encourage mass state dependence?

PM: There is a danger of inflation, which can be delayed for the moment. Currently, there is an asset inflation in company participations, equities and the real estate sector which are highly overvalued. However, this absorbs a lot of the current surplus cash. As productivity has increased, consumer products can be produced at lower prices, which is good. These two factors are preventing consumer price inflation so far. But this will only work for a certain time. Inflation is likely to come eventually and threatens to destroy the savings of the middle class, which forms the largest part of the population in western countries. But the real danger comes from massive state dependence.

People with no savings and a spending power that is eroded by inflation are getting money from the state but will lose their freedom. The current situation allows the state the old power play of the Roman Empire: the “panem et circenses”. That statesman or political group, who grants these “advantages” to the people, receives power. The free society will then be forfeited.

CG: From all the data and economic indicators we have so far, it is clear that it is small and medium sized businesses that have suffered the most throughout this crisis. A lot of small companies went into the forced shutdowns and never came out, and even those that did, are seriously struggling to survive. Can these people, all they produce, and the jobs they provide simply be absorbed by larger operations or the state? Or do you think that losing this part of the economic engine can have wider implications?

PM: Neither states nor large companies can create a healthy economy, it is the so-called “Mittelstand”, the small and medium sized enterprises, that forms the backbone of a prospering society. The current measures destroy the middle class and its economic power. The strange thing is that even communist China has long realised that small and medium sized enterprises, run by individuals and families, are essential for the growth of the nation. That was a major focus of the successful reforms of President Deng Xiao Ping. The “Chinese miracle” was built on this simple principle, which is now endangered by the socialist and nationalist megalomania of Xi Jinping. Irritatingly, Western societies are increasingly applying the current Chinese model.

In the upcoming second part, H.S.H. Prince Michael of Liechtenstein shares his outlook on the economic implications of the Covid crisis and on the most important social and geopolitical challenges and shifts that lie ahead. 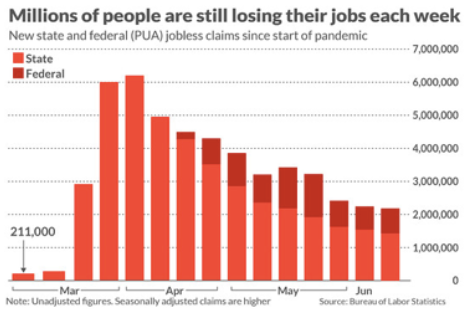 War on poverty, or just war on the poor?

As the dust is now begging to settle, both from the heights of the COVID panic and from the riots that shook the western world, we are starting to get an idea about where we stand after this unprecedented and tumultuous time. 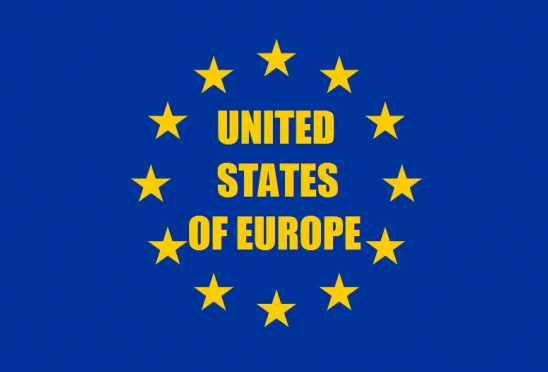 A blueprint for a European superstate

“The U.S. economy felt like a balloon in search of a needle” – Part II

In this surreal policy environment, how has the role and the investment process of the value investor evolved, especially over the last decade?  How can one still identify value in a world of subsidized binge borrowing, extreme indebtedness, and stock buybacks?

We don’t have to kill the king, if we just can ignore the king

“The right of self-determination in regard to the question of membership in a state thus means: whenever the inhabitants of a particular territory, whether it be a single village, a whole district, or a series of adjacent districts, make it known, by a freely conducted plebiscite, that they no longer wish to remain united to the state to which they belong at the time, but wish either to form an independent state or to attach themselves to some other state, their wishes are to be respected and complied with.

“Unless the US stops printing money, the dollar will collapse.”

We’re less than two weeks away from the US election, and yet this sense of utter confusion, bitter political conflict, and economic uncertainty that has been ominously hovering over the nation, as well as the rest of the world, doesn’t seem to have subsided.

“Gold is Money, Everything Else Is Credit” – J.P. Morgan

By now it is probably obvious, even to the most naive of mainstream narrative followers, that we are well past the point of no return on many fronts. Politics, on a national and global level, are never getting back to “normal”, the economy is already knee-deep in a severe recession, while social frictions and public discontent with governments, institutions and all kinds of rulers and central planners is on a sharp and dangerous trajectory.

As the long-awaited “second wave” of the corona pandemic sweeps through Europe, another round of severe restrictions, travel bans and rules that prevent the proper function of international business and trade threatens to once again disrupt all kinds of sectors, including the gold industry. 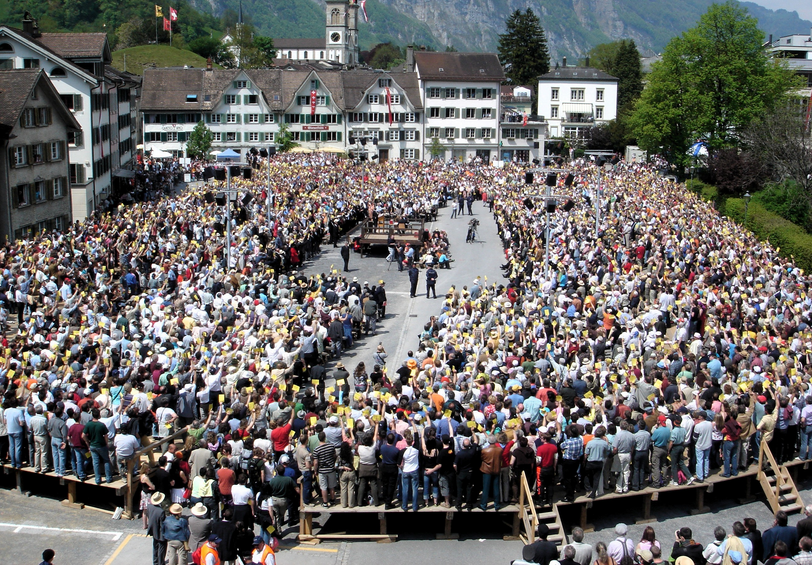 On the last Sunday of November the Swiss citizens once again rejected efforts staged by left-leaning groups and NGOs to chip away at the nation’s long tradition of free enterprise, respect for private property and financial freedom. Two important proposals were brought before the Swiss people in a set of referendums, both targeting private companies and attempting to place unprecedented burdens, threatening their ability to operate freely and profitably.

Claudio Grass is a passionate advocate of free-market thinking and libertarian philosophy. Following the teachings of the Austrian School of Economics he is convinced that sound money and human freedom are inextricably linked to each other. He is one of the founders of GoldAndLiberty.com.
My articlesMy books
Follow on:TwitterLinkedIN
Previous ‘Brexit envy’ grows in Switzerland
Next Covid: negative test to enter France from Switzerland only required if resident in France