Home / le News / Switzerland is expensive, but not for the reasons most think

Switzerland is expensive, but not for the reasons most think

by
Investec
My articles My booksMy videos
Follow on:Twitter
Summary:
Anyone who has done a weekly shop in Germany, France, Italy or Austria and compared prices to Switzerland, knows how much more it costs on the Swiss side of the border. The cost difference is sometimes pinned on the higher take-home pay paid to Swiss supermarket workers. Right? Wrong. Kaufland Germany much cheaper than Switzerland – © Rene Van Den Berg | Dreamstime.com The website barometre des prix allows the public to easily compare the prices of goods at Switzerland’s main retailers with counterparts in Germany, France, Austria and Italy. Big price differences A price comparison on a basket of 32 food items shows that shopping at Carrefour in France would be 27% cheaper than at Denner, 31% less than at Coop and 32% cheaper than at Migros. Slightly higher savings of 29%, 33% and 34%

Swiss unemployment up steeply in 2020

Swiss rents and property prices up in 2020 due to pandemic

Anyone who has done a weekly shop in Germany, France, Italy or Austria and compared prices to Switzerland, knows how much more it costs on the Swiss side of the border. The cost difference is sometimes pinned on the higher take-home pay paid to Swiss supermarket workers. Right? Wrong. 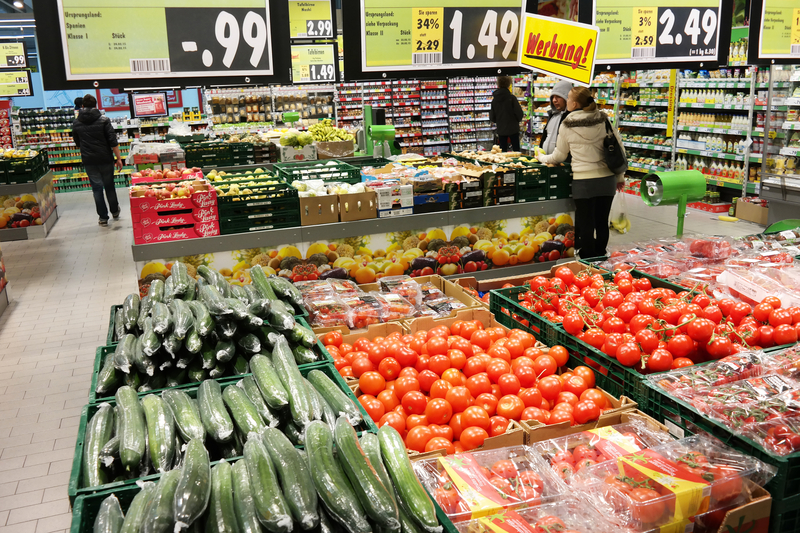 The website barometre des prix allows the public to easily compare the prices of goods at Switzerland’s main retailers with counterparts in Germany, France, Austria and Italy.

A price comparison on a basket of 32 food items shows that shopping at Carrefour in France would be 27% cheaper than at Denner, 31% less than at Coop and 32% cheaper than at Migros. Slightly higher savings of 29%, 33% and 34% respectively, could be made by shopping at Kaufland in Germany. Savings from shopping in Italy and Austria are lower but still meaningful.

A box of Tetley English Breakfast tea bags that costs CHF 2.95 at Migros in Switzerland, costs only CHF 1.28 at Carrefour in France. A Président Camembert, CHF 3.85 at both Coop and Migros will cost only CHF 1.61 in France (click here to price compare other items) Occasionally it swings the other way: a jar of Nutella is cheaper at Denner (CHF 2.49) than at Carrefour (CHF 2.65), but if you happen to buy it at Coop or Migros you will pay dearly: CHF 4.40 – significantly more than at Carrefour.

Granted the list of food products in the basket is not very representative of a typical shopping basket. Fresh meat, fish and vegetables are absent from the list. These things however are some of the most expensive items in Switzerland, so their addition would likely increase the overall cost difference. Electronic equipment on the other hand is generally cheaper in Switzerland. Prices outside Switzerland are 4% to 27% more expensive depending on the retailers compared. 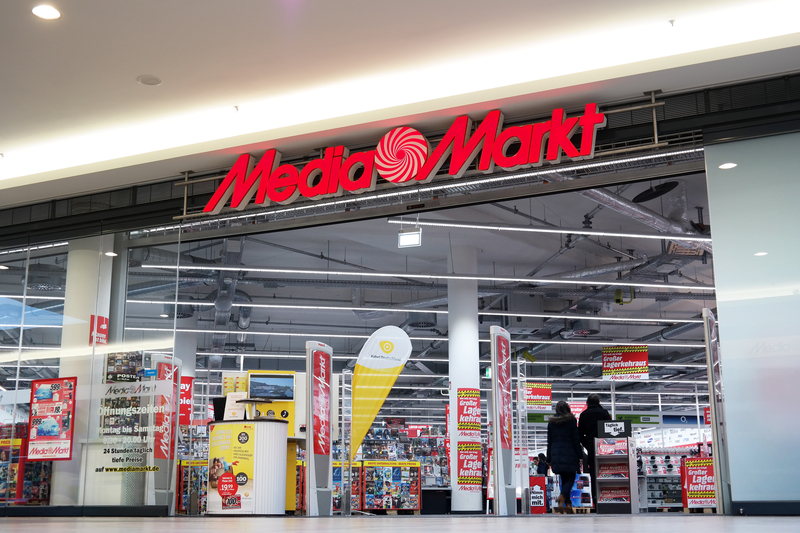 The numbers do not support this assertion. While supermarket take-home pay is substantially higher in Switzerland than some in neighbouring countries, the cost of staff to employers in Switzerland is often lower. Plus Swiss staff are more productive. Combined, these effects make the cost of Swiss staff 4% cheaper than in Germany and 27% lower than in Italy, while those in France and Austria cost only 9% less than in Switzerland. High social security payments made by employers in neighbouring countries is a big part of the “hidden” staff cost difference. 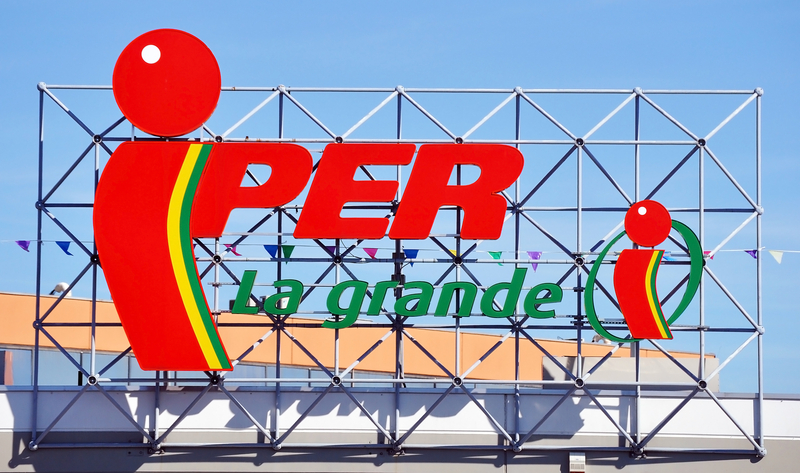 While some products attract duty, most do not. And many of those that do, have low tariffs or none at all when imported from the EU. For example not all meat is taxed on entry. Refrigerated lamb from an EFTA country attracts no duty. The same lamb imported from New Zealand or Australia would only be taxed at CHF 0.30 per kg. Another example is seafood. Fish from a long list of countries is duty free, and even when taxed, the cost is only CHF 0.04 per kg. But still most seafood is relatively expensive in Switzerland.

There are a few exceptions however. Beef is taxed highly, even beef from EU countries. Duty on some beef products can rise above CHF 20 per kg. Milk (CHF 0.18 per kg), cream and butter (CHF 7.65 per kg), are other products with duty if imported from the EU. Swiss dairy and beef farmers are both heavily subsidised and well shielded from foreign competition by import duties. 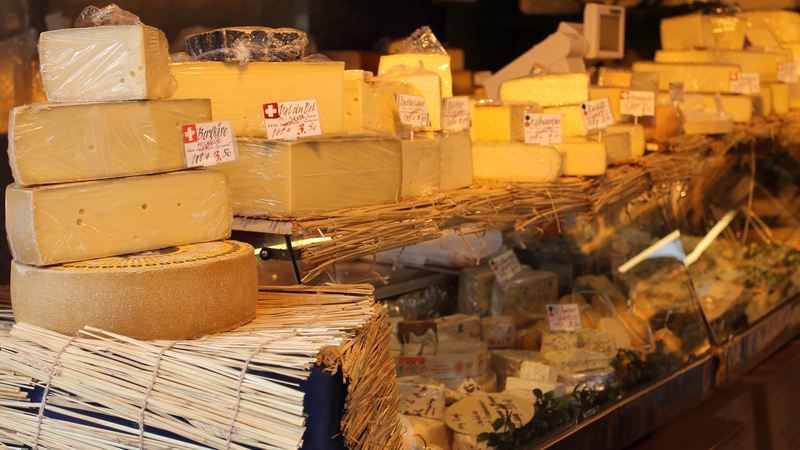 Swiss cheese in Germany. It might be cheaper – © Richardjay1141 | Dreamstime.com

If you’d like to see the import tariffs on more products, look up the product code here, and enter the code here.

According to the same study, distribution costs are higher in Switzerland by only around 2%. Set against generally lower Swiss staff costs, this difference is insignificant.

For items attracting the top rate of VAT, Switzerland has a cost advantage. For example a pair of shoes would attract 22% VAT in Italy, 20% in France and Austria and 19% in Germany. With a top VAT rate of 8%, Swiss retailers have a clear pricing advantage, however this VAT advantage is rarely seen by consumers.

The products compared are the same. There is no quality difference.

The study’s price comparisons are based on a limited list of items, unlikely to represent typical shopping baskets. Those selected are directly comparable however. For example a jar of Nutella is the same in Switzerland as it is in France or Germany. There is no quality difference. Quality differences might exist for produce not covered by the study, like fresh meat and vegetables. However, the quality differences would need to be significant given the often larger prices differences on these products.

Elements missing from the study

Like most research this study is incomplete. There is no data comparing other costs of business such as rent and financing costs. Rents could account for some cost differences, favouring countries such as Germany, however there is no data to compare. Costs of finance are unlikely to have much impact. Supermarkets, for example, typically run with negative working capital – they bank sales proceeds before they pay suppliers. In any case interest rates are typically lower in Switzerland than in the euro zone, giving Swiss operators an advantage.

One observation that suggests operational cost differences do not account for prices differences is the absence of price differences in electronics goods. Surely electronics retailers have similar cost bases to food, shoe, clothing, cosmetics and toy retailers?

The study excludes some retailers operating in Switzerland. Obvious ones are Aldi and Lidl.

What is behind the price differences and what can be done?

Some price difference, such as those for beef, are to a large extent driven by trade tariffs. Others are more puzzling. One theory is that they are caused by technical trade barriers. These are requirements to change a product in some specific way for the Swiss market. The Swiss government got started removing these barriers in 1990 and new laws were passed in 2010. The impact of these laws has been disappointing. Switzerland has remained comparatively expensive.

A known reason for some price differences is geographically discriminatory wholesale pricing, a scenario where product owners charge Swiss retailers higher wholesale prices than those they charge retailers in other markets. Sometimes this is done via local wholesalers that are given exclusivity to sell in Switzerland.

Another theory is that prices are set in line with Swiss consumers’ higher spending power. For this theory to hold, there would need to be some impediment to price competition. Interestingly the price competition that appears absent from the food, clothing, magazines, cosmetics and toy products surveyed, is alive and well for electronic products which are generally cheaper in Switzerland, as differences in VAT would predict.

To provoke price cuts, Swiss consumer organisations suggest strengthening laws relating to cartels and more parallel importing. They might be on to something.

Investec is a distinctive Specialist Bank and Asset Manager. We provide a diverse range of financial products and services to our niche client base.
My articlesMy books
Follow on:Twitter
Previous The Swiss-made plane that went global and starred in Hollywood films
Next Swiss National Bank expects annual profit of 49 billion francs