Home / SNB & CHF / Mapping the Conflict in the Ukraine

Mapping the Conflict in the Ukraine

by
Pater Tenebrarum
My articles My siteAbout meMy booksMy videos
Follow on:TwitterFacebook
Seeking Alpha
Summary:
Dear Readers, the following post has been published on the 3rd of March 2014. Due to the recent historical events we are reposting it, conscient of the prescience of the meanwhile passed author, Pater Tenebrarum. Michael, Editor Russian Troops in the Crimea John Kerry is appropriately aghast at the “incredible act of aggression” by Russia in the Ukraine: “You just don’t in the 21st century behave in 19th century fashion by invading another country on completely trumped up pre-text,” Kerry told the CBS program “Face the Nation.” This new-found respect for the sovereignty of foreign nations represents a laudable 180 degree change in US foreign policy. You just don’t do that in the 21st century! Like e.g. invading Iraq by making up tall stories about “weapons of

the following post has been published on the 3rd of March 2014. Due to the recent historical events we are reposting it, conscient of the prescience of the meanwhile passed author, Pater Tenebrarum.

Russian Troops in the Crimea

John Kerry is appropriately aghast at the “incredible act of aggression” by Russia in the Ukraine:

“You just don’t in the 21st century behave in 19th century fashion by invading another country on completely trumped up pre-text,” Kerry told the CBS program “Face the Nation.”

This new-found respect for the sovereignty of foreign nations represents a laudable 180 degree change in US foreign policy. You just don’t do that in the 21st century! Like e.g. invading Iraq by making up tall stories about “weapons of mass destruction” hidden there. It’s just not done. As an aside to this: in February, the civil war currently raging in Iraq has cost yet another 1,705 lives, with 2,045 wounded. The death toll is a considerable increase from January’s 1,284 dead and 2,088 wounded. Perhaps you weren’t aware there is a civil war raging in Iraq? If so, that is no surprise. The Western media have fallen almost completely silent on the topic. Yet, this is what the famous ‘mission’ has actually ‘accomplished’.

As Jason Ditz reports regarding the recent escalation in the Crimea:

“While US politicians have also ratcheted up the rhetoric, US officials concede that Russia’s troops in Crimea are setting up defensive positions and are in a “self-defense posture only.”

Reports from Crimea’s government say they’ve got Russian troops helping them protect government buildings in anticipation of the referendum, and with a sense that will easily back secession and re-accession into the Russian federation, it seems that Russia doesn’t need to “invade” at all, but simply needs to keep the interim government at bay until Crimean voters affirm the switch.”

But we actually can’t have a democratic referendum, can we? Especially one the outcome of which is very likely going to be one that doesn’t conform to ‘our’ (the Western powers) wishes. So let’s get this straight: removing a democratically elected government by violence is perfectly fine with our politicians. Please note in this context that Yanukovich, for all his faults, was actually offering one conciliatory gesture after another: he offered the opposition to join the government, he extended an amnesty to all imprisoned protesters, he twice offered a truce and agreed to early presidential elections. It is not entirely clear  which side broke the truce – if press reports are to be believed, the protesters sure had a hand in it (many of the most violent ones are supporters of the fascist ‘Svoboda’ party). Even CNN admitted as much, and CNN is usually well known for tailoring its reporting to the wishes of the powers-that-be (CNN’s habit of faking reports is by now legendary). So, a violent revolution is fine, but a referendum over whether the Crimea wants to remain with the Ukraine is considered anathema. By the way, we are certainly not arguing that Yanukovich is anything but a major sleazeball;  there is evidently an endless supply of those in Ukrainian politics. There is also little doubt that Yanukovich in the end gave the green light to his security forces to use live ammunition. We certainly don’t want to paint Yanukovich as a perfectly innocent party. We are merely pointing out a few facts that seem to be getting short shrift in the mainstream press.

When Yugoslavia fell apart, keeping its ‘territorial integrity’ intact was the last thing on the mind of Western powers. They demanded the exact opposite: Serbia was to be dismantled. When Czechs and Slovaks parted ways amicably, the world somehow kept turning as well. The biggie is of course the Soviet empire itself: there was widespread delight at its ‘loss of territorial integrity’. By contrast, when West and East Germany let it be known they wanted to reunify, the allied powers were initially against it. It took a lot of deft maneuvering by the West German government (including paying a big political and economic price by agreeing to the introduction of the euro) to finally convince all the former WW2 allies to give their placet to reunification.

It should be obvious that the demands regarding the Ukraine’s territorial integrity are largely a result of the utterly pointless geopolitical contest between Washington and Moscow. What the citizens of the Ukraine want is way down on the list of priorities. Incidentally, now that Ukrainians have the government Victoria Nuland planned for them, they are already beginning to doubt it.

“Protesters on the square universally tell tales of the wild riches that ordinary parliamentarians gain – one confidently talked of the “millions” a member of parliament can get for voting correctly during a debate. They reckon that the leaders of the opposition-turned government, such as acting President Oleksander Turchinov and Prime Minister Arseny Yatseniuk will enjoy such benefits.”

That is of course the main reason for entering politics in the Ukraine, so the protesters probably have it quite right. On the other hand, Yanukovich and Tymoshenko before him have apparently looted the state’s coffers so thoroughly that the only way to get at fresh moolah in the near future is via the EU/IMF.

Let us get back to the territorial integrity question though. In the meantime, just as we suspected would happen, other Eastern Ukrainian regions have joined the Crimea in reconsidering their status.

“Dozens of people were hurt in clashes on Saturday when pro-Russia activists stormed the regional government’s headquarters in the eastern Ukrainian city of Kharkiv and raised the Russian flag, local media said. The UNIAN news agency said thousands of people had gathered outside the building during a protest against the country’s new leaders who ousted President Viktor Yanukovich a week ago.

The violence signaled that Ukraine’s new leaders could face a challenge in mainly Russian-speaking regions that oppose the largely pro-Western course charted by the newly installed government. The leaders of Crimea, a Black Sea peninsula with an ethnic Russian majority that is home to a Russian naval base, say they have joined forces with Russian servicemen to exert control over key buildings. Russian parliament has approved a proposal by President Vladimir Putin to deploy troops in Ukraine.

Protests against the new authorities also took place on Saturday in other cities, including Odessa, Dnipro and Donetsk, Yanukovich’s home town and power base.

The Russian flag was raised over the regional government building in Donetsk by several thousand pro-Russia activists waving the Russian tricolour and chanting “Russia! Russia!, witnesses said. Donetsk authorities issued an appeal for a referendum to be called on the future status of the region.”

The new government will be forced to take many unpopular decisions due to the precarious financial and economic state the Ukraine finds itself in. Svoboda may well decide that it will be to its benefit to oppose these decisions. Hard economic times are typically when radical parties like Svoboda tend to flourish.

Speaking of economic and financial hardship, the Yanukovich government was welcome to subsidized gas deliveries from Russia’s Gazprom. However, Russia has of course no interest in extending the discounted price to the new government – and it can point to the fact that there is still a rather large unpaid bill outstanding:

“Russia’s energy ministry said on Saturday it saw no reason to extend an earlier agreed gas discount to Ukraine for the second quarter due to unpaid debt for deliveries, the Interfax news agency cited a representative at the ministry as saying.

Russian gas producer Gazprom said earlier on Saturday that Ukraine’s debt for 2013 and this year’s deliveries stood at $1.55 billion. “If this continues to happen, is there any point in continuing the existing agreement on gas supplies at discount prices? No,” the agency cited an unnamed ministry representative as saying.”

Of course these sudden second thoughts about the gas discount and the Ukraine’s overdue payments are mainly designed to increase the political pressure on the new Ukrainian government.

The Western insistence that the Ukraine must remain as it is glosses over the fact that it is a deeply divided country. Clearly citizens of Western Ukraine sympathize with Europe, while Eastern Ukrainians sympathize with Russia. Even the occasional Ukrainian warship is unwilling to obey its new masters in Kiev. The division between the two halves of the Ukraine has long-standing historical roots.  There is undoubtedly genuine frustration in the population over the antics of the country’s political elite, but whether the new rulers will turn out to be any better than the old ones remains to be seen (experience to date suggests otherwise, as political corruption has seemingly become deeply entrenched).

Experience also suggests that the two opposed groups are simply unable to find a modus vivendi. In other words, forcing them to remain in a single nation state will only lead to even more conflict. When borders drawn by dictators of the past become an unending source of conflict, it is probably best to rearrange them.

In this segment, Andrew talks about Tim Hardaway Jr work ethic, reviving his career in Dallas, and building Team Hardaway in Miami which gives local kids an opportunity to travel the country and play basketball.

Walkthrough of the new Music Hall at St. Paul’s School in Covington, Louisiana 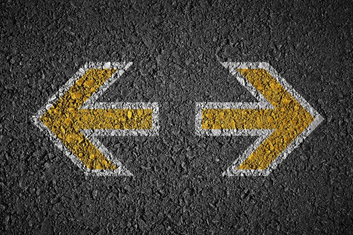 What’s In Your Loan?

Opposing Monetary Directions
“Real estate is the future of the monetary system,” declares a real estate bug.
Does this make any sense? We would ask him this.
“OK how will houses be borrowed and lent?”
“Look at this housing bond,” he says, pointing to a bond denominated in dollars, with principal and interest paid in dollars.
“What do you mean ‘housing’ bond’,” we ask, “it’s a bond denominated in dollars!”
“Yes, but housing is the collateral.”
OK, so it’s not a housing bond. It’s a dollar bond used to finance the purchase of houses. These are not the same thing at all, the way chalk and cheese are not the same thing, despite both being single-syllable words beginning with the letters “ch”.

El Salvador’s Bitcoin Gamble
A few weeks back, we looked at the investor’s side of the lending

Pater Tenebrarum is an independent analyst and economist/social theorist. He has been involved with financial markets in various capacities for 39 years and currently writes economic and market analyses for independent research organizations and a European hedge fund consultancy as well as being the main author of the acting-man blog.
My articlesMy siteAbout meMy books
Follow on:TwitterFacebookSeeking Alpha
Previous Covid cases up 42% in a week in Switzerland
Next Consumer Prices And The Historical Pain(s)