by
George Ford Smith
My articles My booksMy videos
Follow on:
Summary:
One of history’s greatest ironies is that gold detractors refer to the metal as the barbarous relic. In fact, the abandonment of gold has put civilization as we know it at risk of extinction. The gold coin standard that had served Western economies so brilliantly throughout most of the nineteenth century hit a brick wall in 1914 and was never able to recover, or so the story goes. As the Great War began, Europe turned from prosperity to destruction, or more precisely, toward prosperity for some and destruction for the rest. The gold coin standard had to be ditched for such a prodigious undertaking. If gold was money, and wars cost money, how was this even possible? First, people were already in the habit of using money substitutes instead of money 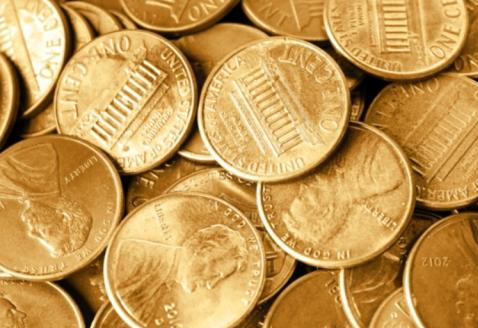 One of history’s greatest ironies is that gold detractors refer to the metal as the barbarous relic. In fact, the abandonment of gold has put civilization as we know it at risk of extinction.

The gold coin standard that had served Western economies so brilliantly throughout most of the nineteenth century hit a brick wall in 1914 and was never able to recover, or so the story goes. As the Great War began, Europe turned from prosperity to destruction, or more precisely, toward prosperity for some and destruction for the rest. The gold coin standard had to be ditched for such a prodigious undertaking.

If gold was money, and wars cost money, how was this even possible?

First, people were already in the habit of using money substitutes instead of money itself—banknotes instead of the gold coins they represented. People found it more convenient to carry paper around in their pockets than gold coins. Over time the paper itself came to be regarded as money, while gold became a clunky inconvenience from the old days.

Second, banks had been in the habit of issuing more bank-notes and deposits than the value of the gold in their vaults. On occasion, this practice would arouse public suspicion that the notes were promises the banks could not keep. The courts sided with the banks and allowed them to suspend note redemption while staying in business, thus strengthening the government-bank alliance. Since the courts ruled that deposits belonged to the banks, bankers could not be accused of embezzlement. The occasional bank runs that erupted were interpreted as a self-fulfilling prophecy. If people lined up to withdraw their money because they believed their bank was insolvent, the bank soon would be. People had no idea their banks were loaning out most of their deposits. They did not know fractional reserve banking, a form of counterfeiting, was the norm.

Which brings us to the wall gold allegedly hit.

In his 1949 book, Economics and the Public Welfare, economist Benjamin Anderson tells us, “the war [in 1914] came as a great shock, not only to the masses of the American people, but also to most well-informed Americans—and, for that matter, to most Europeans.” And yet, Germany, Russia, and France began accumulating gold prior to the war (with Germany starting first in 1912). Gold was taken “out of the hands of the people” and carried to the reserves of the Reichsbank, the German central bank. People were given paper notes “to take the place of gold in circulation.”

When war broke out in August 1914, Gary North explains that the pre–World War I policy of gold coin redemption was

independently but almost simultaneously revoked by European governments. . . . They all then resorted to monetary inflation. This was a way to conceal from the public the true costs of the war. They imposed an inflation tax, and could then blame any price hikes on unpatriotic price gouging. This rested on widespread ignorance regarding economic cause and effects regarding monetary inflation and price inflation. They could not have done this if citizens had possessed the pre-war right to demand payment in gold coins at a fixed rate. They would have made a run on the banks. Governments could not have inflated without reneging on their promises to redeem their currencies for gold coins. So, they reneged while they still had the gold. Better early contract-breaking than late, they concluded.

If governments had not broken their promise to redeem paper notes for gold coins, they would have had to negotiate their differences rather than engage in one of the deadliest wars in history. Abandoning the gold coin standard, which had always been under government control, was the deciding factor in going to war.

Though the US did not formally abandon gold during its late participation in the war, it discouraged redemption while roughly doubling the money supply. Blanchard Economic Research discusses the situation in “War and Inflation”:

War also causes the type of inflation that results from a rapid expansion of money and credit. “In World War I, the American people were characteristically unwilling to finance the total war effort out of increased taxes. This had been true in the Civil War and would also be so in World War II and the Vietnam War. Much of the expenditures in World War I, were financed out of the inflationary increases in the money supply.”

Governments had a choice to make: fight a long, bloody war for specious reasons, or retain the gold coin standard. They chose war. US leaders found their decision irresistible. It was not J.P. Morgan, Woodrow Wilson, Edward Mandell House, or Benjamin Strong who would be fighting in the trenches.

When we hear that “going off gold” was the prerequisite for global peace and harmony, we should remember places such as the Meuse-Argonne American Cemetery in France, where grave markers seemingly extend to infinity. These are mostly the graves of young men who died for nothing but the lies of politicians and the profits of the politically connected. Gold wanted no part in the slaughter. But politicians and bankers knew a paper fiat standard was the monetary prerequisite to achieving their goals.

John Maynard Keynes, who coined the term “barbarous relic” in reference to the gold standard, wrote about the world that was lost when gold was abandoned:

What an extraordinary episode in the economic progress of man that age was which came to an end in August, 1914! . . . The inhabitant of London could order by telephone, sipping his morning tea in bed, the various products of the whole earth, in such quantity as he might see fit, and reasonably expect their early delivery upon his doorstep. . . . He could secure forthwith, if he wished it, cheap and comfortable means of transit to any country or climate without passport or other formality, could despatch his servant to the neighboring office of a bank for such supply of the precious metals as might seem convenient, and could then proceed abroad to foreign quarters, without knowledge of their religion, language, or customs, bearing coined wealth upon his person, and would consider himself greatly aggrieved and much surprised at the least interference. But, most important of all, he regarded this state of affairs as normal, certain, and permanent, except in the direction of further improvement, and any deviation from it as aberrant, scandalous, and avoidable.

If Keynes had read what he wrote, he might have been a better economist. And we might be living in a better world today.

My articlesMy books
Follow on:
Previous Mises’s Critiques of Social Darwinism and of the Concept of Class Struggle
Next Since 2012, the population with a migration background has increased by 4 percentage points in Switzerland