Home / SNB & CHF / How to Think about Economic Theory

How to Think about Economic Theory

by
Per Bylund
My articles My booksMy videos
Follow on:
Summary:
[Chapter 2 of Per Bylund’s new book How to Think about the Economy: A Primer.] Like other sciences and fields of study, economics is a body of theory. Theory is a collection of explanations that allows us to understand something. Economic theory allows us to understand how an economy works. It explains the workings of the economy as a whole so that we can understand the meaning, impact, origins, and evolution of economic phenomena. For theory to be reliable and useful, it must provide a coherent picture. If it doesn’t, then some of its explanations are contradictory. Contradictions are a sign that something is wrong. So, the body of a theory must be logically stringent and must make up a consistent whole. This means it must be consistent with the basic

Topics:
Per Bylund considers the following as important: 6b) Mises.org, Featured, newsletter 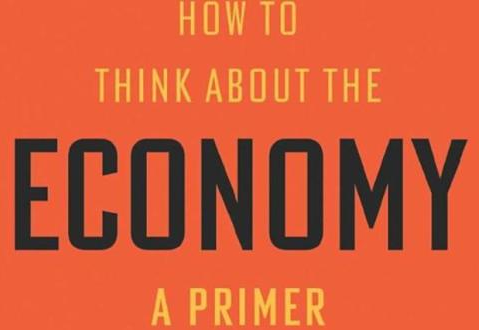 [Chapter 2 of Per Bylund’s new book How to Think about the Economy: A Primer.]

For theory to be reliable and useful, it must provide a coherent picture. If it doesn’t, then some of its explanations are contradictory. Contradictions are a sign that something is wrong. So, the body of a theory must be logically stringent and must make up a consistent whole. This means it must be consistent with the basic assumptions on which it rests—it must be true to first principles.

But it is not enough to produce a consistent whole based on first principles if those principles are themselves flawed. After all, it is possible to produce an internally consistent theory based on faulty assumptions. Such systems can appear very convincing because they are consistent, but they still fail to provide real understanding because every explanation hinges on something that is not true and is perhaps not even reasonable. You would not want to cross a bridge designed by an engineer who believes paper is stronger than iron. It doesn’t matter how accurate the math used is or how sophisticated the design—the assumption is wrong and therefore the bridge is not reliable. It cannot hold the expected weight even if all the calculations are accurate. The same is true with economic theory: it must be built on solid principles and reliable assumptions.

Consequently, for a theory to properly explain how the world works, it must be internally consistent and based on true assumptions. A theory cannot meet only one of those criteria and still provide us with real understanding of the world; it must meet both.

Economics is based in the concept of human action as purposeful behavior. What this means is that when people act, they try to achieve something. It does not mean that they are always accurate or do the “right thing” (whatever that is). But it means the reason they try to achieve it is that they value the expected outcome in some way. What they value, why they value it, and whether it is reasonable or rational to do so is irrelevant. Such things lie beyond the scope of economic theory. What matters is that their action is motivated by the expected outcome.

It may appear strange that economics does not deal with why people value some things but not others. But it does not. People’s dreams, fantasies, and imaginations only have economic relevance if they are acted upon. After all, if you have a dream that you do not act on, you are not making it happen. It remains but a dream. The dream itself makes no difference in the world; merely wishing does not make it real.

So, action is a rather logical starting point for studying social reality. Acting is how we make changes to the world.

Recognizing action for what it is—purposeful behavior—is surprisingly powerful. It provides us with insights about human affairs far beyond what most people think possible. In fact, the economist Ludwig von Mises showed that economic theory can be derived from this simple concept.

Lets  look at the types of things we can learn about the world simply from elaborating on what human action means. We have already pointed out that actions are taken for some purpose that makes sense to the actor. We know that actions are directed toward attaining something—some outcome—that the actor considers beneficial. In other words, actions are intended to achieve something the actor personally values.

Because actors are trying to achieve something, it follows that they have not already attained it and take actions in order to become better off than they already are. Consequently, we conclude that there are things actors want that they do not have but they think they can attain by taking an action that they believe would make them better off. In other words, actions are fundamentally causal: we act because we believe that we can bring about a specific change.

We also conclude that actors think their action is the best or only way to attain the outcome. Why else would they undertake the action? That they have not already done so suggests that they either were unaware of the possibility, lacked the means to act on it, or ranked other ends higher. All of these suggest scarcity—that there are insufficient means to satisfy all the wants held—and that the actor makes choices. That the actor must choose implies that he or she must make tradeoffs. In other words, the actor economizes.

We can also conclude that human action is in fact always individual action motivated by some personally valued end and taken toward that end. Other individuals may have the same outcome in mind, and to be feasible an action might require collaboration, but this does not change the fact that each person acts. People may choose to act in concert, but those are individual choices. The group itself does not act. That four people collaborate to lift and move a piano does not mean that the group lifted the piano but that the four people coordinated their individual efforts toward that common end. In other words, economics is methodologically individualist.

Things like business firms, groups, and governments exist and have a real effect on how people act. But we cannot understand how without also recognizing that the people in firms, groups, and governments act. By recognizing this, we understand that actors within groups may have goals that contradict the group’s stated goals and therefore there are tensions and some people may act in ways that undermine the group’s stated goals. This would not be possible had we assumed that the group itself acts.

The Genius of the Action Axiom

Economics uses logical reasoning to uncover the processes that make up the economy and it recognizes that the motivation for action is personal—that value is subjective. Value subjectivity allows economists to formulate a realistic and reliable theory that explains prices as a result of personal valuations on the margin. Because individuals choose between actions, they must rank their options. They do so subjectively, based on the anticipated value that they expect the action’s outcome will provide them.

In other words, action connects the subjective valuations that are in our heads—our rankings of the possible outcomes of our actions—with the things that exist outside our minds. Action is the bridge between personal valuations, which cannot be measured and outcomes in the real world. By understanding action as the starting point of economic reasoning, the fact that value is subjective poses no problem for understanding the production of goods and services and other economic phenomena. We do not have to know what or why people value, only that they do. And that they act accordingly.

All economic phenomena—resource allocations, market prices, business cycles—are outcomes of human actions, which we know are always purposeful and economizing. The task for economics is therefore to understand the economy and everything it entails from the perspective of the ultimate cause: action.

My articlesMy books
Follow on:
Previous Seeing the Student Loan Crisis as a Form of Boom and Bust
Next Employees Want Paychecks for Life: Pros and Cons of Guaranteed Lifetime Income