by
Ryan McMaken
My articles My books
Follow on:
Summary:
In the early days of the COVID-19 panic—about three weeks ago—it was common to hear both of these phrases often repeated: “The fatality rate of this virus is very high!” “There are far more cases of this out there than we know about!” The strategy of insisting that both these statements are true at the same time has been used by politicians to implement “lockdowns” that have forced business to close and millions to lose their jobs. For instance, on March 12, Ohio Department of Health director Amy Acton insisted that “over 100,000” people are “carrying this virus in Ohio today.” The state began to implement “stay-at-home” lockdown orders that day. At the time, the World Health Organization (WHO), the media, and others were reporting that 2 to 4 percent of people 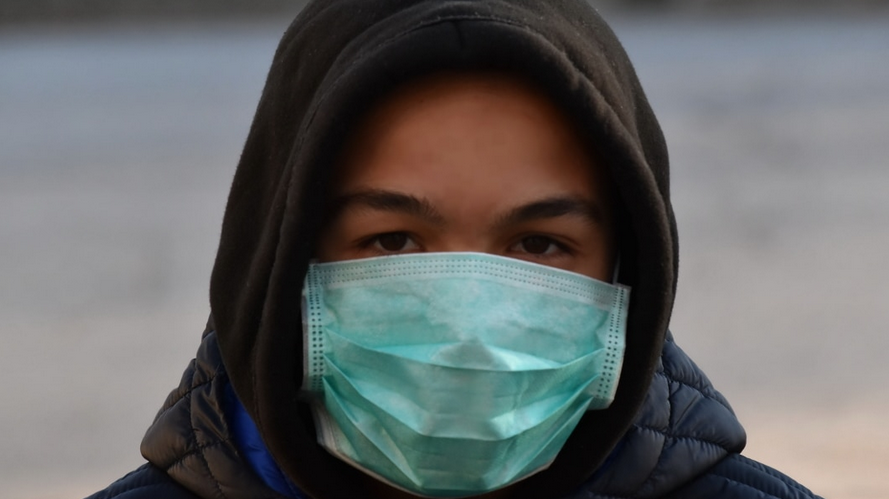 In the early days of the COVID-19 panic—about three weeks ago—it was common to hear both of these phrases often repeated:

The strategy of insisting that both these statements are true at the same time has been used by politicians to implement “lockdowns” that have forced business to close and millions to lose their jobs. For instance, on March 12, Ohio Department of Health director Amy Acton insisted that “over 100,000” people are “carrying this virus in Ohio today.” The state began to implement “stay-at-home” lockdown orders that day.

At the time, the World Health Organization (WHO), the media, and others were reporting that 2 to 4 percent of people with COVID-19 would die. Taking the low-end 2 percent number, and allowing for an incubation period, this would mean that two weeks after Acton’s announcement—assuming that the lockdown was 100 percent effective and not a single additional person caught the disease—two thousand Ohioans would likely be dead of COVID-19.  But as of April 17, more than a month later, and after a month of the disease spreading through grocery stores and other “essential” areas of commerce, about 418 Ohioans have died of COVID-19.

Clearly, something doesn’t add up.

At the time, Acton was lampooned by some for presumably inflating the number of infections in the state. Indeed, the very next day she backpedaled, saying she was only guessing.

As more research comes in, however, it may be that Acton wasn’t wildly inaccurate in her “guesstimate” after all. Medical researchers and epidemiologists are increasingly claiming that the COVID-19 virus has spread much more quickly and is much more prevalent than has long been assumed. And if that is true, then the percentage of people COVID-19 cases that result in death are far lower than is assumed. If so, Acton was still wrong, but she was more wrong in her assumptions about fatality rates than about total cases.

How Death Rates Are Affected by Government Data Collection Methods

Counting the number of deaths has been far easier than counting total cases. Due to “severity bias,” people who have presented severe symptoms or have died have been far more likely to be tested for COVID-19 than have people with few symptoms who never required medical attention. As one epidemiologist quoted by the New York Times noted:

Some deaths of course are missed, especially among those who die at home. But as the Times article concludes:

the missing data on deaths in the deaths-to-infections ratio is still almost certain to be dwarfed by the expected increase in the denominator when the total number of infections is better understood, epidemiologists say. The statistic typically cited by mayors and governors at Covid-19 news conferences relies on a data set that includes mostly people whose symptoms were severe enough to be tested.

Put another way, the case totals often cited by politicians are nothing more than wild guesses.

Indeed, many researchers and other observers have claimed that total cases numbers were considerably higher than was known from testing.

“Vermont could have 16 times more infections than officially reported,” one March 18 headline reads. But this estimate doesn’t apply just to Vermont. The headline comes from a nationwide estimate of cases from Stanford epidemiologist Steve Goodman:

Goodman says the 16 times multiplier is a rough, back-of-the-envelope hypothetical based on current knowledge of how the virus is spreading in other places. It assumes that one in four people who have COVID-19 are symptomatic enough to be tested….Another researcher, Samuel Scarpino, a Northeastern University professor who specializes in infectious disease modeling, told the Globe that the U.S. has identified only between 1 of every 10 cases and 1 in 30 cases.

Similarly, in the Wall Street Journal on March 23, Stanford researchers Eran Bendavid and Jay Bhattacharya suggested the known cases were a tiny fraction of the actual number. According to a study by Bendavid and Bhattacharya,

we get at least 990,000 infections in the U.S. The number of cases reported on March 19 in the U.S. was 13,677, more than 72-fold lower. These numbers imply a fatality rate from Covid-19 orders of magnitude smaller than it appears….If our surmise of six million cases is accurate, that’s a mortality rate of 0.01%, assuming a two week lag between infection and death. This is one-tenth of the flu mortality rate of 0.1%.

On Friday, the San Francisco Chronicle reported on a new study of Santa Clara County in California, which suggests that “cases are being underreported by a factor of 50 to 85”:

If the study’s numbers are accurate, the true mortality and hospitalization rates of COVID-19 are both substantially lower than current estimates, and due to lag between infection and death, researchers project a true mortality rate between .12 and .20.

That US case fatality rate of 2 to 4 percent commonly reported by politicians and media outlets is looking less likely every day.

If the Santa Clara study or the estimates of Bendavid and Bhattacharya apply to the nation overall, then the current count of 710,000 COVID-19 cases in the US is only a small fraction of the total number of people with the disease. The true number of cases could number from 35 million to 60 million.

In a nation with such a large number of infected, efforts to forcibly shutter businesses and put millions out of work until there are “no new cases, no deaths“—as suggested by federal health bureaucrat Anthony Fauci—are absurd. This goal is likely unattainable without completely ending interstate travel and destroying the US economy over a period of many months, or possibly years.

Moreover, some epidemiological models models being used by politicians to justify harsh lockdowns, like the IMHE model, assume fatality rates based only on “cases reported” to calculate the CFR. This highlights the highly questionable practice of basing draconian public policy measures on woefully incomplete government-collected data. From the very beginning, neither the WHO nor national governments have ever had a handle on how many cases there are, what the case fatality rate is, or by what means—or how quickly—the disease spreads.

One need not know anything about viruses to know from the beginning of the panic that the process of collecting data for government policymakers tends to be a biased and makeshift undertaking. This is true of all sorts of data, and in this case policymakers have never known how many cases there are (or were) but have nonetheless quoted numbers that suited their political purposes. Meanwhile, government officials have been encouraging doctors and hospital administrators to maximize the number of reported deaths due to COVID-19.

Worst of all, this make-things-up-as-you-go attitude toward COVID-19 numbers is being draped in the mantle of “science” by bureaucrats and elected officials who seek to pander to frightened voters. But somewhere along the line, the United States became a nation where knowing next to nothing about a disease’s true fatality rate or prevalence is sufficient to justify abolishing the Bill of Rights and millions of jobs throughout the nation. But it’s fine, apparently, because this is what the “experts” say we should do.

Over the weekend, several new articles have been published noting increased prevalence of COVID-19 than previously known (or admitted). The AP reports today :

A flood of new research suggests that far more people have had the coronavirus without any symptoms, fueling hope that it will turn out to be much less lethal than originally feared.

While that’s clearly good news, it also means it’s impossible to know who around you may be contagious. That complicates decisions about returning to work, school and normal life.

In the last week, reports of silent infections have come from a homeless shelter in Boston, a U.S. Navy aircraft carrier, pregnant women at a New York hospital, several European countries and California.

In more than ten states, the proportion of tests that are positive is nearly 20 percent or more.

But even this may be too low since tests may return false negatives nearly one-third of the time .

Meanwhile, one new study in Massachusetts found one-third of people randomly tested on the street tested positive for COVID-19. 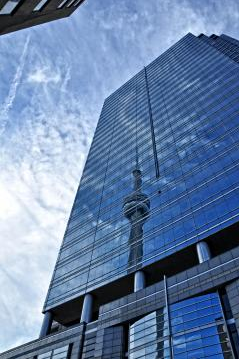 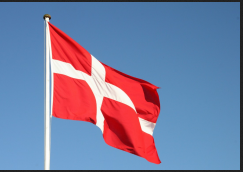 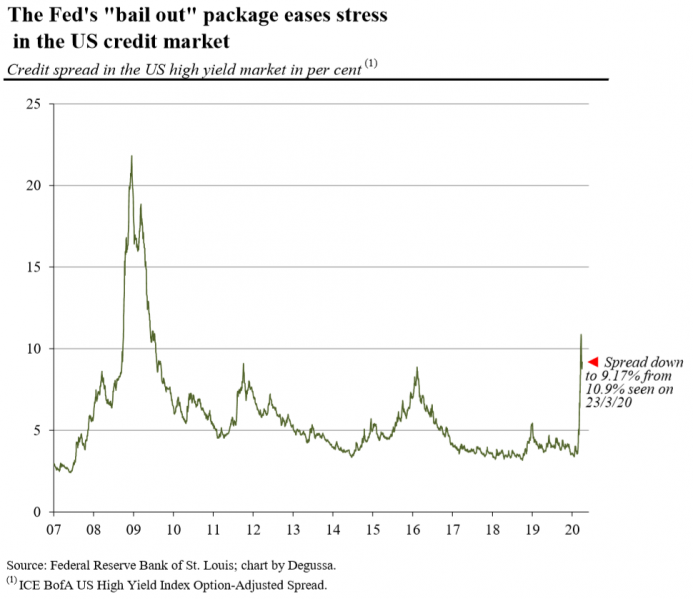 Quite a few people may wonder why the global fiat money system has not yet collapsed. The fiat money system did not crash in the financial and economic crisis of 2008/2009, when a great many people feared the debt pyramid would come crashing down.

How to Think About the Fed Now

[This text is excerpted from the introduction to The Anatomy of the Crash, a Mises Institute ebook to be released in April 2020.] The Great Crash of 2020 was not caused by a virus. It was precipitated by the virus, and made worse by the crazed decisions of governments around the world to shut down business and travel. But it was caused by economic fragility.

In the early days of the outbreak, pundits rushed to the ramparts of Twitter to proclaim that “there are no libertarians in a pandemic.” However, this glee at the apparent failure of markets was soon dashed as more evidence accumulated showing that government intervention was actually the main impediment to success.

Rothbard on Why We Need Entrepreneurs

In his Man, Economy, and State, Murray N. Rothbard investigates not only the role of the capitalist but also that of the entrepreneur in a market economy. Rothbard uses the theoretical concept of the evenly rotating economy (ERE) to compare the role of the capitalist to that of the entrepreneur. Entrepreneurs earn profits in so far as they successfully correct the maladjustments in the real economy and move it closer to the ERE without ever attaining that state.