by
Jeff Deist
My articles My booksMy videos
Follow on:
Summary:
“Today the tenets of this nineteenth-century philosophy of liberalism are almost forgotten. In the United States “liberal” means today a set of ideas and political postulates that in every regard are the opposite of all that liberalism meant to the preceding generations.” —Ludwig von Mises, 1962 (emphasis added) F.A. Hayek is back in the public eye, thanks to a promising and weighty new biography from Professors Bruce Caldwell and Hansjörg Klausinger. Predictably, the book has brought Hayek’s critics out of the woodwork. Consider the recent backhand in The Spectator by Lord Robert Skidelsky, titled “Friedrich Hayek: A Great Political Thinker Rather than a Great Economist.” Readers quickly understand the author actually thinks Hayek was neither. This is perhaps not

“Today the tenets of this nineteenth-century philosophy of liberalism are almost forgotten. In the United States “liberal” means today a set of ideas and political postulates that in every regard are the opposite of all that liberalism meant to the preceding generations.” 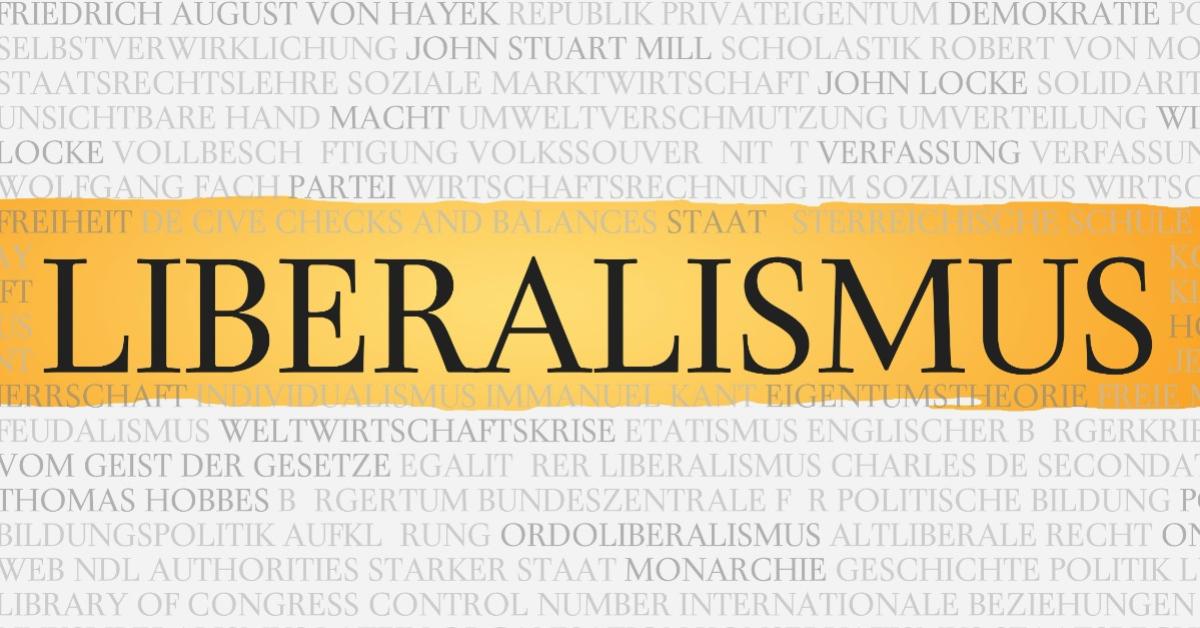 F.A. Hayek is back in the public eye, thanks to a promising and weighty new biography from Professors Bruce Caldwell and Hansjörg Klausinger. Predictably, the book has brought Hayek’s critics out of the woodwork. Consider the recent backhand in The Spectator by Lord Robert Skidelsky, titled “Friedrich Hayek: A Great Political Thinker Rather than a Great Economist.” Readers quickly understand the author actually thinks Hayek was neither. This is perhaps not a surprise coming from Skidelsky, the fulsome biographer of John Maynard Keynes who clearly imagines that his subject “won” the debate against Hayek over planning versus markets (“He more or less gave up technical economics after his battles with Keynes and the Keynesians”).

But the ongoing criticisms of Hayek’s “neoliberalism”—i.e., his supposed political program1—ring very hollow even in hopeless outlets like Jacobin. Hayek and his mentor Ludwig von Mises were old liberals of the nineteenth-century variety. Neoliberalism, by contrast, is a derogatory catchall term used by the Left today to police what it sees as undue respect for markets and private capital among the Clintonite and Blairite factions pushing global social democracy.

But fundamentally there is only liberalism and illiberalism. Hayek and Mises steadfastly called themselves “classical liberals” out of necessity—to distinguish themselves from the modern liberal program.

Twentieth-century liberalism, the bad kind, had its roots in the Progressive Era. It manifested in Wilsonian expansionism and Franklin Roosevelt’s criminal New Deal, both deeply illiberal developments opposed by the two Austrians-cum-Americans. “Liberal” had morphed into a proxy term for individuals advocating left-wing economic and social programs rather than markets and laissez-faire. So regardless of the earlier strands of classical liberalism flowing from Adam Smith, John Locke, David Hume, or even Jean-Jacques Rousseau, Mises and Hayek used the term expressly in the context of midcentury Western politics.

After the Great Depression and two world wars, the old nineteenth-century liberalism was under open attack. But Mises and Hayek still advanced a liberalism of economic freedom and peace, in stark contrast to the central planning, interventionism, and positive rights (entitlements) promoted as scientific by Marxists and Keynesians. The quote at the top of this article, from the 1962 preface to the English translation of Mises’s foundational 1927 book, Liberalismus, demonstrates the critical distinction. The shift in the meaning of “liberal” over the thirty-five years between editions was clear and convincing. And it compelled the great economist to retitle the book The Free and Prosperous Commonwealth: An Exposition of the Ideas of Classical Liberalism to make sure Anglo-American audiences knew exactly which version of liberalism the book explained.

Fast-forward to 2022, and the distinctions between classical liberalism and the liberalism of Ted Kennedy or Jimmy Carter seem almost quaint, swamped by the equally hostile strands of woke progressivism and national conservatism. But to be clear, progressives rather than conservatives run the meaningful and powerful institutions of America—including language. So when libertarians and conservatives today describe themselves as classical liberals, to whom do they appeal? Does the term still hold purchase? Does it clarify or obscure Mises’s understanding of liberalism? And does it curry favor or even grudging respect from those aforementioned progressives, beyond occasional faint praise from the likes of Baron Skidelsky?

The short answer is no, it doesn’t. “Classical liberal” is outdated and meaningless today in the same way and for the same reasons “liberal” is a meaningless term today. Mises and Hayek could still see the old liberalism of prewar Europe in the rearview mirror, but that context is lost today. Again, there is liberalism and illiberalism, and whatever remains of the former in today’s political landscape resides on the right, however faintly. Progressives simply reject liberalism altogether, so why attempt some kind of linguistic sugarcoating for their benefit?

We might remember there was a concerted effort among burgeoning DC libertarian organizations in the late 1970s to promote Hayek as the face of “good” liberalism. At the same time, Mises was to be downplayed, in part for his intransigence and in part due to his unvarnished 1978 memoirs. Hayek was more affable, more politically palatable, and more willing to entertain a regulatory and welfare state than his elder Mises. And yet the Left’s view of Hayek today is nothing short of caricature—he is simply a “right-wing libertarian philosopher” and market fundamentalist who counseled the hated Margaret Thatcher. This is instructive, and cautionary.

Mises and Hayek used “classical liberal” to distinguish themselves from the Left. Today the term is used primarily to appease the Left. Self-proclaimed classical liberals today mostly seek to distance themselves from MAGA Trumpism and the hated Deplorables, to convince progressives they are not like those awful right-wingers! It is a virtue signal to power rather than a proud and marked distinction. The Hayekian strain is evident; It’s hard to imagine anyone from the Cato Institute or National Review arguing for Mises’s framework of “liberal nationalism” or echoing his claim that “men are altogether unequal.” But “socially liberal, fiscally conservative” is not winning over progressives, who view markets and private capital with intense hatred.

Classical liberalism will never satisfy or curry favor with the Left. Progressives have a full-fledged political program, rooted in (supposed) egalitarianism, and they believe in its ascendancy. They sincerely believe the rout is on, so why yield an inch? Progressivism is not a buffet. One does not get to pick and choose—and Hayekian market “neoliberalism” is not on the menu. That’s for old liberals like Hillary Clinton. In identity-obsessed and zero-sum 2022 politics, progressives view markets and property as reactionary tools of oppression. Merely adding “classical” to Mises’s old liberalism—property rights, laissez-faire, free trade, and nonintervention in foreign affairs—won’t spare anyone from the progressive juggernaut.