by
Chris Calton
My articles My booksMy videos
Follow on:
Summary:
In my previous article on the college problem, I discussed the cultural factors that have contributed to the falling value of a university degree, which I hoped would show that we cannot reduce the decline of higher education to public policy failures. However, bad policy has been a major contributor to the problems plaguing the university system, both at the federal and state levels. President Joe Biden’s plan to eliminate up to ,000 of student loan debt for individual borrowers has brought renewed attention to the first of these policy failures. Despite a brief and unsuccessful attempt to include student loan forgiveness in the mammoth covid stimulus package, the policy response to the pandemic overshadowed the student debt crisis for much of the past three 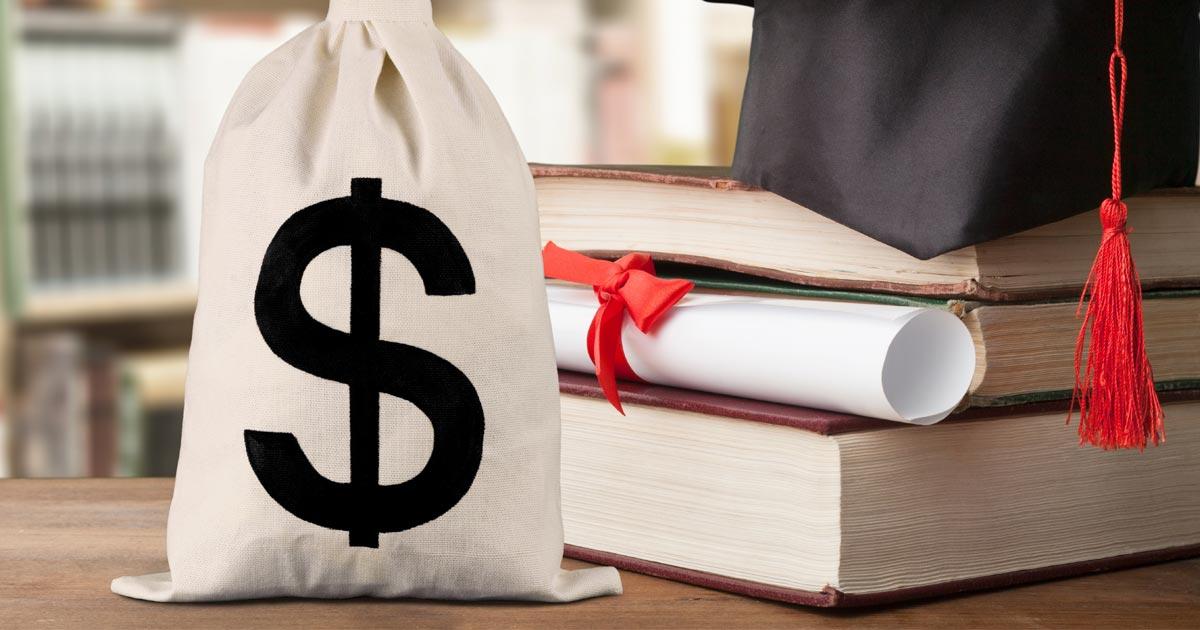 In my previous article on the college problem, I discussed the cultural factors that have contributed to the falling value of a university degree, which I hoped would show that we cannot reduce the decline of higher education to public policy failures. However, bad policy has been a major contributor to the problems plaguing the university system, both at the federal and state levels.

President Joe Biden’s plan to eliminate up to $20,000 of student loan debt for individual borrowers has brought renewed attention to the first of these policy failures. Despite a brief and unsuccessful attempt to include student loan forgiveness in the mammoth covid stimulus package, the policy response to the pandemic overshadowed the student debt crisis for much of the past three years.

In the first place, Biden’s forgiveness plan is transparently little more than a Hail Mary to prevent the Democrat bloodletting at the midterm elections, rather than any conscious effort to solve a problem. As Daniel Hubbard has cogently pointed out in a recent Mises Wire article, Biden’s plan treats only the symptoms of the student loan crises, but not the disease itself.

The disease, of course, is the Department of Education’s (DOE) student lending program. The Department of Education began directly issuing loans in the 1990s, and essentially nationalized the student loan industry in 2010 with the Health Care and Education Reconciliation Act. As of 2019, the federal government owned 92 percent of all student loan debt. Biden’s forgiveness plan does nothing to turn off the spigot of federal lending.

In fact, you’d be hard pressed to find a Democrat even willing to acknowledge the federal government’s role in disbursing student loans. The loans are administered and collected by quasi-private companies, giving borrowers the misleading impression that the loans themselves are private, as all student loans were before the Clinton presidency. And the most vocal advocates of student loan forgiveness in the Democratic Party openly lie about the federal government’s involvement, falsely blaming the debt crisis on the “predatory for-profit college industry.”

I have argued in the past that libertarians have no reason to object to student loan forgiveness per se as long as the federal government is the creditor. The caveat, however, is that forgiving student loans without privatizing the student loan industry is a formula for socialized higher education. This is exactly what Biden’s plan entails. If the goal were to genuinely solve the crisis, the Biden administration could actually forgive all federal loans and end the student lending program entirely, which would be roughly revenue neutral for the DOE. But this opportunity will not persist if students think they can borrow recklessly and await periodic forgiveness programs every time the Democrats are in a jam.

Regardless of where any of us stand on the issue of student loan forgiveness, it is important in the first place to understand the nature and consequences of the DOE’s lending program. As is typical of the federal government, the DOE does not operate under the same rules as other creditors. There are two basic differences between student loans and the private loans in other industries:

The consequence of the first point is to encourage reckless borrowing for worthless majors. A private lender might think twice about loaning tens of thousands of dollars to a student pursuing a degree in gender studies. With federal lending, we have to instead depend on eighteen-year-olds to make rational cost-benefit decisions, often based on well-meaning but unsound advice from parents who attended college prior to the nationalization of student lending. This is hardly a formula for responsible borrowing.

The second point also contributes to the crisis. The primary objection to student loan forgiveness is that it is unfair to those who have already paid for their loans. This may be true (“fairness” is a difficult measure to judge any policy by), but this is literally the same argument opponents of bankruptcy laws made in the nineteenth century. As a growing number of graduates are beginning to default on their student loan payments, which sometimes amount to the equivalent of a mortgage (thanks to point 1), we might do well to consider the fairness of treating government creditors differently from private lenders.

All of this adds, directly and indirectly, to the increased cost of a college diploma, on top of the decreasing value I discussed in the first article. Not only do guaranteed loans supply easy funding that drives up the cost of tuition, but students pay the cost of tuition plus the interest on loans. Instead of bankruptcy, the federal government offers hardship deferrals and reduced payments, but this can amount to lifelong debt burdens for borrowers.

Increased tuition costs are also driven by state policies in the form of subsidies to state universities. As with any government funding program, subsidies to universities carry with them a uniquely bureaucratic problem: use it or lose it. Government bureaucracies and subsidized organizations face the perverse incentive to spend every penny allocated to them because if they have any surplus, they will receive less money in the future. Private businesses avoid this problem by creating incentives for managers who operate under budget, but no rewards are offered to university presidents or department heads who show fiscal responsibility.

The outcome is not better-quality education, but rather tremendous waste. When I attended Marshall University as an undergraduate student, every history classroom was equipped with a table with a rotating crank that could raise and lower its height (essentially a standing desk for the professors). Not once did I see a professor use this feature, but one of my professors informed me that they cost $3,000 and that the department purchased them—along with other expensive unused tools like touchscreen smartboards—only to avoid having a reduced budget in the future. This, by the way, was at a university that was hemorrhaging students due to West Virginia’s population losses.

The use-it-or-lose-it budgeting policies illustrate why subsidies always seem to run counter to their purported purpose. Instead of making tuition more affordable, they merely drive the price of attendance skyward. Combining this with the nationalization of student loans, we can start to understand why it is no longer possible to pay for tuition with a part-time job, as people often did in the 1970s. It also means that even for those students who are able to pay for school out of pocket, usually due to parental support, the cost of the degree is massively inflated.

This is why student loan forgiveness, whether justified or not, cannot solve the problem of the rising cost of college. The only way to make college more affordable is for the federal government to withdraw from the student loan industry and for state governments to stop funneling money to wasteful state universities.

My articlesMy books
Follow on:
Previous Ben Bernanke Wins Nobel Prize for Kicking Can Down the Road!
Next Is a Failed Bearish Technical Signal Bullish?

Ben Bernanke Wins Nobel Prize for Kicking Can Down the Road!