by
Matthew Allen
My articles My siteAbout meMy booksMy videos
Follow on:
Summary:
If running a fintech start-up isn’t hard enough, then try pivoting to healthtech in mid-stride. The transition from digital payments to Covid diagnostics has proven a bumpy ride for Achiko, resulting in its shares being suspended from trading on the Swiss stock exchange. SIX Group, which runs the stock exchange, was forced to act on June 28 when auditor Grant Thornton raised doubtsExternal link about whether the indebted Zurich-based company could be assumed a going concern and whether its proposed 2021 financial statements “comply with Swiss law”. “The Group is currently unable to finance its short-term liabilities and product commercialization due to the fact that the required funds cannot be made available because of restrictions on available share capacity as 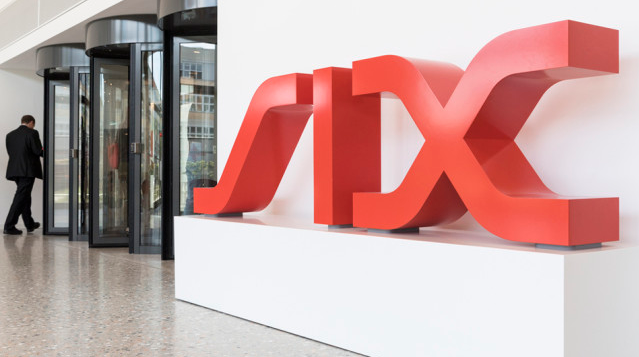 If running a fintech start-up isn’t hard enough, then try pivoting to healthtech in mid-stride. The transition from digital payments to Covid diagnostics has proven a bumpy ride for Achiko, resulting in its shares being suspended from trading on the Swiss stock exchange.

SIX Group, which runs the stock exchange, was forced to act on June 28 when auditor Grant Thornton raised doubtsExternal link about whether the indebted Zurich-based company could be assumed a going concern and whether its proposed 2021 financial statements “comply with Swiss law”. “The Group is currently unable to finance its short-term liabilities and product commercialization due to the fact that the required funds cannot be made available because of restrictions on available share capacity as of the reporting date,” the auditor states.

I spoke to several people connected to the company in recent times – including investors and some people who used to hold senior positions at the firm. They blamed the company’s woes on an erratic and volatile leadership by co-founder and current CEO Steven Goh. They speak of profligacy and wasted opportunities. Some complained they had not been paid salaries or fees.

In the course of my research, I received positive testimony from one source, a US firm that helped Achiko set up its technology stack, and which praised the company’s business ethic during the difficult times of the pandemic.

“The more successful the company has become we’ve had people running around and complaining about that success. I describe it as professional jealousy,” countered Goh, who said Achiko has started legal proceedings against one former employee. He denied allegations that employees had not been fully paid.

I spoke to Goh in Zurich on June 16, before Achiko’s auditors had refused to sign off the company’s annual accounts. But there were already signs of trouble. SIX Group had already extended the deadline several times for Achiko to produce audited accounts. At the time of writing, the company has a new deadline of July 31External link.

The problem is money. Achiko doesn’t have enough of it despite absorbing around $12 million from investors (according to Goh) and recently securing new credit lines.

Achiko says it is looking to raise additional funds by the time it holds its July annual general meeting (the exact date has yet to be announced). But the company needs to raise cash during a period of intense geopolitical and economic uncertainty. “The environment of the capital markets has changed dramatically to risk off. The markets are terrible across the board especially for small cap and tech stock,” says Goh.

Achiko has an interesting history, tracing its roots to a previous fintech company, Migme, that Goh ran in Australia before it went bust. Investors were advised to roll over assets into the newly formed Achiko. The firm went public in 2019 by directly listing on the Swiss stock exchange. As I reported earlier, Achiko was then told to relocate entirely to Switzerland from its Cayman Islands baseExternal link to resolve “compliance issues”.

Direct listings are generally less complicated than initial public offerings, which opens the gates for a wider variety of companies to list. Asmallworld, Wisekey and Igea Pharma are some other direct listing examples in Switzerland. The strategy promises greater share diversity, trading volumes and fees – and it just looks good to give the little guys a means of raising funds. And just maybe, some will grow into multinational giants.

On listing at SIX, Achiko was the parent company of a fintech portfolio that included digital payments firm Mimopay and Korean digital media company Kryptonite. The fintech had big ambitions in Asia in the fields of e-commerce, micropayments and gaming. But the original game plan failed to pan out as Achiko failed to obtain the required licenses.

As the world became gripped by the Covid-19 pandemic, Achiko decided on a radical pivot – designing the ‘AptameX’ coronavirus testing kit, accompanied by a health passport app called ‘Teman Sehat’ (health buddy). The company says it has regulatory approval and significant orders for its product in Indonesia, and production is in progress in Taiwan.

Poor vaccination rates in developing countries and continued waves of infections make testing a crucial defence against Covid-19, Goh told me. “Covid is going to be with us indefinitely. Large parts of this planet are confronted with this challenge. Having a test that is far more accurate than most rapid tests, and which doesn’t have the cost and technical burdens of a PCR – that’s a great product to be out there,” he said.

Ironically, the pandemic has hampered the company’s transition from fintech to Covid diagnostics, according to Goh. Key staff were spread around the world and lockdowns prevented them from physically meeting with each other and scientific advisors. Goh himself was stuck in Thailand for many months.

He blamed the current issues with delivering financial reports on a “dysfunction” in the company’s finance department. The failure of Achiko’s earlier fintech model was apparently the fault of its previous CEO. But as I mentioned earlier, the finger of blame is being pointed both ways.

Goh hopes that a restructuring of the company’s headquarters in Zurich will solve many issues. Several executives have left and have been replaced.

Achiko’s existence appears balanced on a knife edge as its future is dependent on raising fresh funds. It remains to be seen whether further investors can be persauded to part with their money.

SIX Group has tightened its rules for direct listings since Achiko went public. Now companies must conduct the listing through a regulated bank or securities company that is better equipped than a lawyer to determine the underlying strength of the enterprise.

Swiss media interpreted the 2020 law change as an attempt to tighten up quality control by SIX Group after several other directly listed companies failed to perform after going public. Achiko may now give SIX Group pause for thought once again.

SIX Group told me it would not comment on its dealings with individual companies. 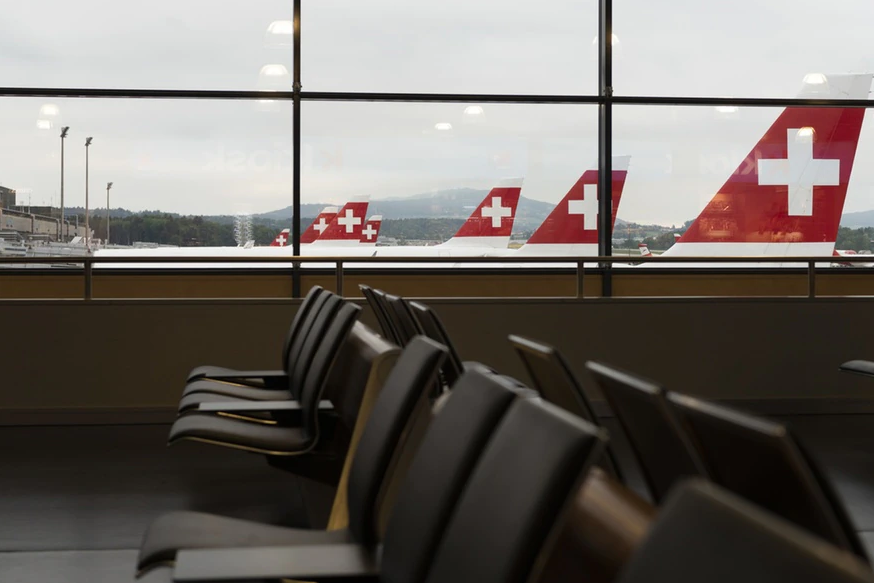 Additional cancellations of SWISS flights are “unavoidable” because of staff shortages, a company spokesperson told the Keystone-SDA news agency on Sunday. 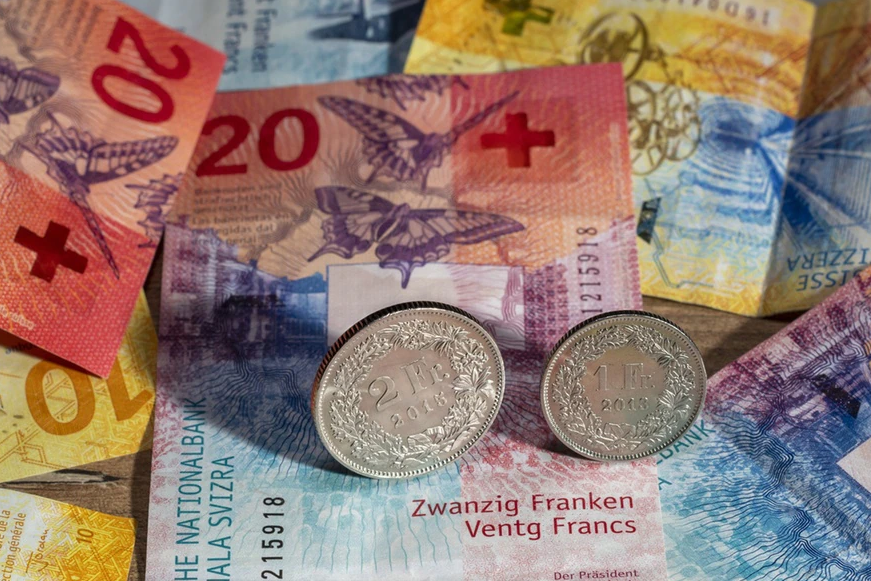 Switzerland to ease exchange of Ukrainian currency in line with EU

Refugees with a special legal status will be able to exchange a limited amount of Ukranian banknotes for Swiss francs. The Swiss government on Wednesday announced that adults with a protection S status may exchange one amount of up to 10,000 hryvnia – the equivalent of CHF300 ($310.50) at selected branches of the two main Swiss banks, UBS and Credit Suisse.

Russia’s war of aggression against Ukraine is unacceptable, and wide-ranging international sanctions have rightly been imposed in response to it. The Swiss banks support these without reservation, and are implementing not only the sanctions ordered by the Swiss Federal Council, but also those of international and supranational authorities and bodies. 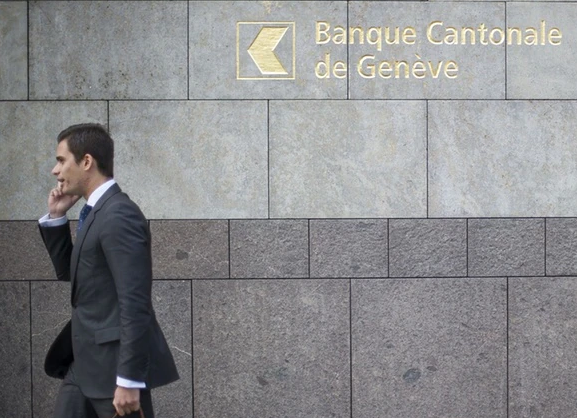 The contribution of Switzerland’s finance industry to the country’s gross domestic product (GDP) has decreased over the past ten years. 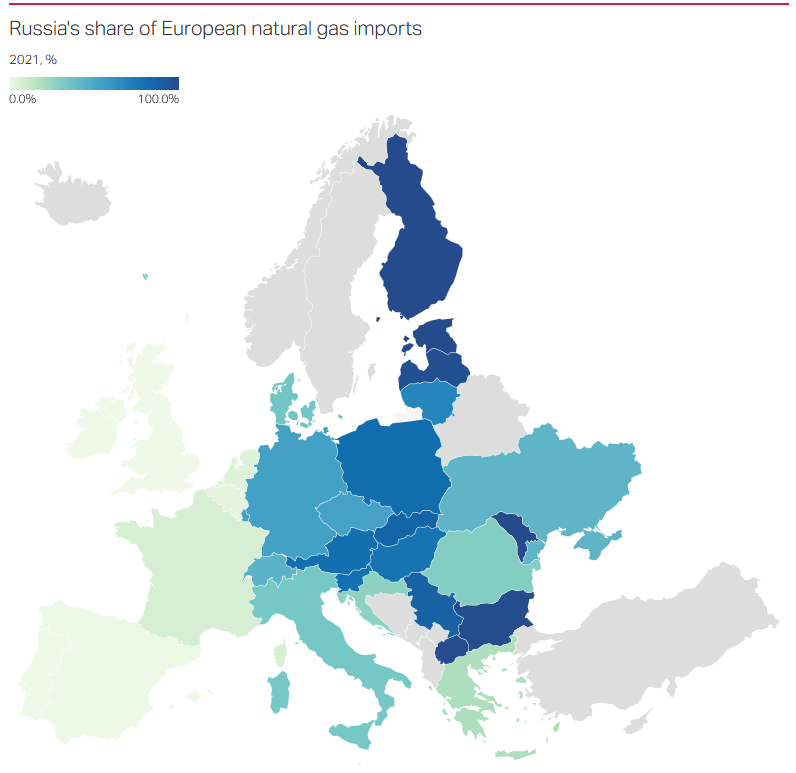 The Covid-19 pandemic has failed to rattle the Swiss property market. Prices for apartment buildings have hit a record high. But now the war in Ukraine and rising interest rates threaten to turn the tide. 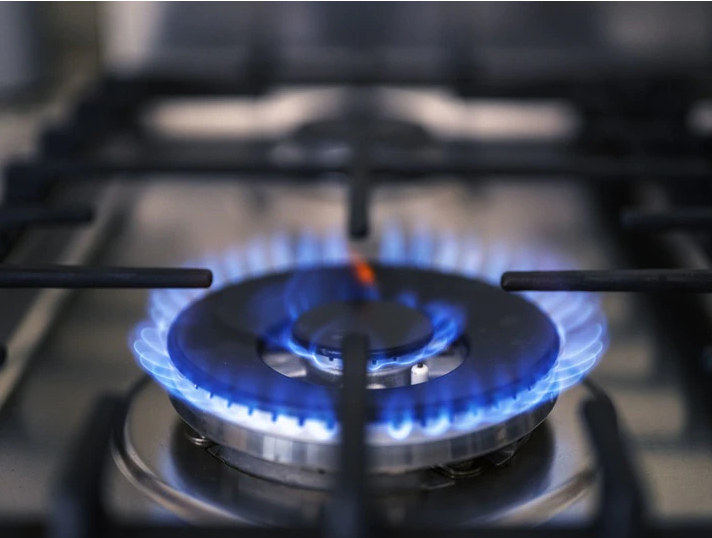 Switzerland has signed a declaration along with six other European states in favour of pooling gas storage facilities.

Switzerland, Germany, Austria, Belgium, France, Luxembourg and the Netherlands signed the declarationExternal link on Wednesday, pledging to work towards coordinating storage efforts on a regional level. 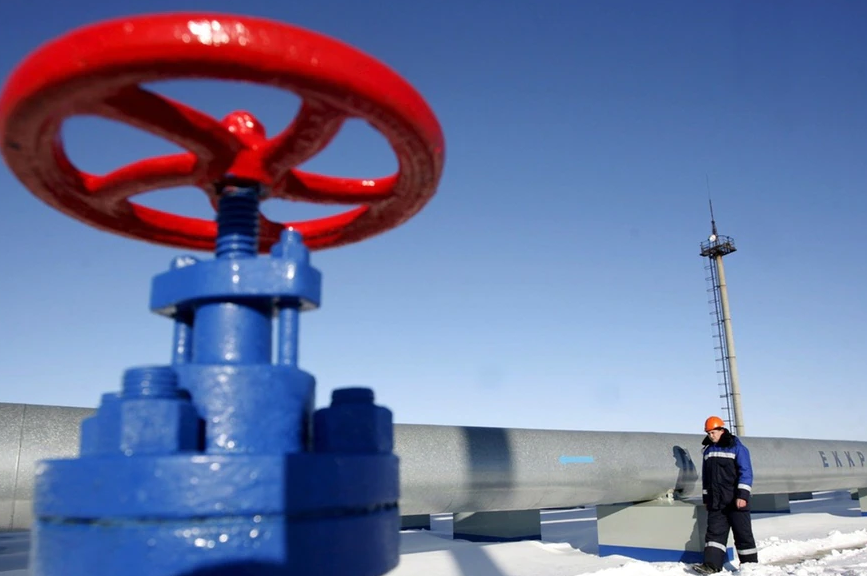 What the Ukraine war means for Switzerland’s energy policy

The war in Ukraine and consequent threat of energy insecurity is forcing many countries to reconsider their existing policies. The ripple effect has also reached Switzerland, which is already reassessing its gas supply for the coming winter.

‘Next winter will be difficult in Europe without Russian gas’

The United States wants to cut its dependence on Russian fuels. But Switzerland and Europe cannot completely do without Russian gas, says René Bautz, the CEO of Gaznat, which supplies high-pressure gas to western Switzerland, and president of the Global Gas Centre platform for the natural gas sector.