The Crisis Has Exposed the Damage Done By Government Regulations

by
José Niño
My articles My booksMy videos
Follow on:
Summary:
As we watch in real-time how governments respond to the novel coronavirus pandemic, some of the most predictable forms of state overreach—from restrictions on the freedom of assembly to the suppression of regular commerce—have been rolled out. Thankfully, there is no unified world government, so there exist various examples of how certain countries are dealing with the crisis that we can closely examine and learn from. Pessimism and cynicism are generally warranted under the political climate we’re living in. However, there are some silver linings we can take away from America’s response to the coronavirus. In a previous article, I noted that several states have started adopting deregulation on a whole host of issues. With the coronavirus still raging on, now 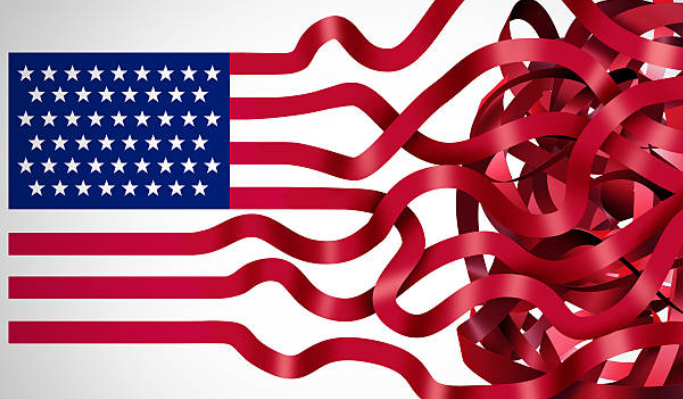 As we watch in real-time how governments respond to the novel coronavirus pandemic, some of the most predictable forms of state overreach—from restrictions on the freedom of assembly to the suppression of regular commerce—have been rolled out. Thankfully, there is no unified world government, so there exist various examples of how certain countries are dealing with the crisis that we can closely examine and learn from.

Pessimism and cynicism are generally warranted under the political climate we’re living in. However, there are some silver linings we can take away from America’s response to the coronavirus. In a previous article, I noted that several states have started adopting deregulation on a whole host of issues. With the coronavirus still raging on, now elected officials are slowly beginning to recognize the absurdity of some of America’s regulations.

Despite how much the experts downplay people’s ability to coordinate on a voluntary basis, civil society is stepping up to face the crisis in a heroic manner. However, regulation has largely hamstrung their and state and local governments’ ability to work in a synergistic manner to stem the crisis without the federal government putting its boot on our throats. Americans have caught somewhat of a break now that some elected officials are behaving rationally by reconsidering some of America’s most misguided regulatory policies.

Several reasonable deregulation actions stand out in the last month.

FDA Loosens Up Some Restrictions, Still Has a Lot of Work to Do

The Food and Drug Administration is treated as unassailable by some, and if you dare speak out against it, you clearly want millions to die because of defective products. Well, the real world shows that the FDA’s lengthy approval process—which is consists of three phases of drug trials that can span years—actually puts many lives at risk. In the current coronavirus context, people do not have the luxury of time, so bureaucracy is quite literally killing them when they can’t access restricted treatments or medicine.

Although we’re not seeing the FDA’s budget getting trimmed or a private organization such as Underwriters Laboratories take its place anytime soon, politicians are starting to at least notice that its requirements are patently absurd in certain regards. Cooler heads have prevailed at the FDA, for the time being, as the agency gave a new coronavirus testing kit emergency use authorization (EUA) after weeks of delays.

However, we should not let the FDA completely off the hook. As is to be expected from a government agency, the FDA is taking its sweet time in approving at-home testing kits for the COVID-19 coronavirus. On a similar note, billionaire Elon Musk was able to acquire over one thousand ventilators from China and ship them off to hospitals in California along with other supplies such as respirator masks. But no entrepreneurial story is complete without its section on red tape. Musk initially hit a snag when the masks were held up at Los Angeles International Airport. Fortunately, everyone could breathe a collective sigh of relief after both customs and the FDA cleared the supplies.

Let’s not kid ourselves, though. Close calls like these could be lethal in circumstances where time constraints are even less flexible.

Various states have issued orders to shut down restaurants and bars, which has compelled many businesses to limit their services to takeout. Some governments, such as that of Texas under Governor Greg Abbott, have been reasonable in their approach to dealing with the coronavirus crisis by lifting regulations on alcohol delivery and letting restaurants deliver alcohol along with food purchases, which was previously prohibited.

Additionally, Abbott made sure to waive regulations that would have weakened Texas supply chains in the face of this crisis. Trucks generally confined to delivering alcohol to liquor stores are now able to deliver grocery supplies to supermarkets. This move serves to bolster Texas supply chains during a time of uncertainty. “By waiving these regulations, we are streamlining the process to replenish the shelves in grocery stores across the state,” Abbott declared.

Healthcare systems across the country are under great pressure, which has prompted state legislatures to become more flexible with their otherwise stringent medical regulations. The Lone Star State has fast-tracked temporary licensing for doctors, assistants, and nurses coming from out of state to help Texas health professionals. States such as Maryland and South Carolina have taken similar approaches, recognizing that their medical restrictions may put them in a deadly bind as more coronavirus cases pop up and they don’t have enough staff to handle them. The federal government soon caught up with the states when Vice-President Mike Pence announced a new directive coming from the Department of Health and Human Services (HHS) that now lets healthcare providers treat patients across state lines.

Surprise! Some Reasonableness from the TSA

Quite possibly one of America’s most hated government agencies, the Transportation Security Administration (TSA) showed a shred of human decency by allowing travelers to have twelve-ounce bottles of hand sanitizer in their carry-ons. This well exceeds the 3.4-ounce limit that other liquids are subject to. Talk about an earth-shattering exemption. It’s almost as if the TSA’s security measures are theater at best and only make travelers’ experiences a total headache. But these days, we’ll take what we can get.

Any civil liberties–respecting person should always be skeptical about the role the government plays during a crisis. The ratchet effect is no joke, and any powers that government agencies obtain during this crisis will be maintained and likely expanded after it has subsided. To prevent such abuses of power, the case should not only be made for decentralized approaches to governance, but also for deregulation by showing how there is so much regulation on the books that private actors and civil society are kept from bringing a solution to the many problems mankind must muddle through.

Liberating these actors allows them to cooperate in a symbiotic manner with local and state entities to tackle these crises. If we just concede that the government should have total monopolies over health responses, we make centralization inevitable and let the federal government steamroll state governments, municipalities, and individuals further down the line.

The Moral Case for Deregulation

Politicians’ present-day fetish for regulation subjects hundreds of thousands of Americans to unjust criminal penalties, and further expansion of government overreach will put the country on the road to bureaucratic despotism.

This is a time when free market advocates should go beyond their mundane talking points about tax policy and start talking more about the regulations that make people’s everyday lives a hassle. Deregulation saves lives, and we should use this chance to demonstrate how free people who are allowed to cooperate can find solutions to societal problems.

Organizations such as the Competitive Enterprise Institute have already established that regulations cost the country a significant amount in economic activity—$1.9 trillion to be exact. Imagine what America’s most entrepreneurial citizens could do without those constraints. In terms of human costs, regulations can turn out to be deadly in pandemic scenarios. So we’re not just talking about numbers or abstractions here. Real, flesh-and-blood lives are on the line when we entrust the regulatory state with dominion over our activities.

The road to sound policymaking won’t be smooth, but we can only hope that the coronavirus will be the final pin that pops the regulatory balloon that politicians have recklessly inflated during their time in office. Crises do not have to automatically be associated with power grabs. Instead, they can provide opportunities for us to move forward and correct some of the errors of the past.

When Mario Draghi’s tenure was approaching its end, I argued for a sterner governor for the European Central Bank (ECB); hence, I was not even slightly enthusiastic when Draghi’s successor turned out to be Christine Lagarde—a patent dove, as can be inferred from her ideological proximity to a famous Keynesian like Olivier Blanchard.

Central Bankers Are Running Out of Options

Corona fears have shifted the world’s central banks into hyperdrive. Talk more, do more, lend more—and buy everything that moves. One after the other, the major central banks took to the barricades, manned the canons, fired their bazookas, and every other military metaphor you can think of.

However high the death rate of the COVID-19 coronavirus becomes, the governmental response to the threat will be even more dangerous. If the current blockade of economic life continues, more people will die from the countermeasures than from the virus itself. In a short time, the basic supply of everyday goods will be at risk. By interrupting the global transport and supply chains, important medicines will be missing and food supplies will be insufficient. 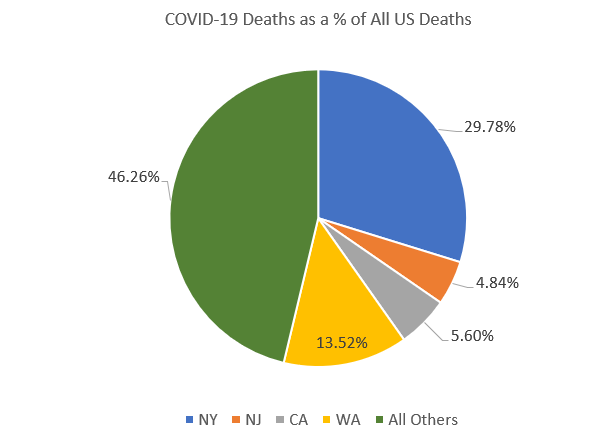 It is widely held that financial asset prices fully reflect all available and relevant information, and that adjustments to new information is virtually instantaneous. This way of thinking which is known as the Efficient Market Hypothesis (EMH) is closely linked with the modern portfolio theory (MPT), which postulates that market participants are at least as good at price forecasting as any model that a financial market scholar can come up with, given the available information. 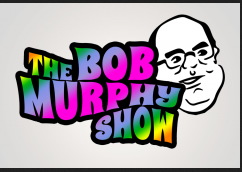 Oren Cass and the Conservative Critique of Pure Laissez-Faire

Oren Cass is the executive director of American Compass (AmericanCompass.org), a conservative think tank that stresses the importance of family and domestic industry, in opposition to a singleminded devotion to economic efficiency. Cass was previously a senior fellow at the Manhattan Institute for Policy Research, and was the domestic policy director for Mitt Romney’s 2012 presidential campaign.

The shutdown of the American economy by government decree should end. The lasting and far-reaching harms caused by this authoritarian precedent far outweigh those caused by the COVID-19 virus. The American people—individuals, families, businesses—must decide for themselves how and when to reopen society and return to their daily lives.